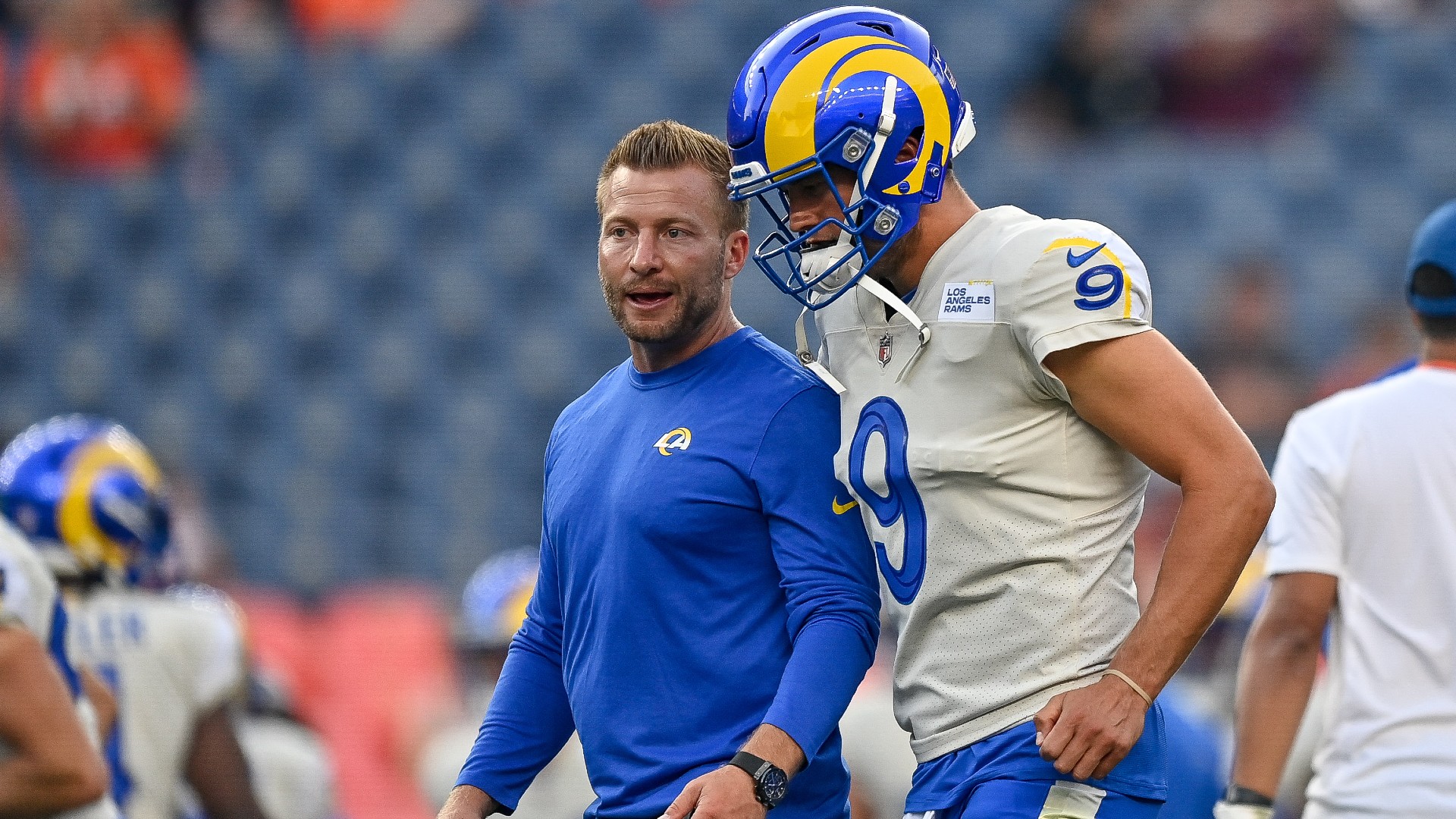 In an alternate universe, Matthew Stafford is under center for the 49ers this weekend.

When the Rams and 49ers meet in the NFC championship game, it will not be the first time that San Francisco watches Stafford with envious eyes. When the Stafford sweepstakes opened this past offseason, both NFC West teams were interested in Stafford’s talents.

Ultimately, Sean McVay and the Rams swooped in and stole Stafford almost literally from Kyle Shanahan’s nose in a tale that features Cabo, the wrong hotel and a situation that could have ended up as potentially “awkward.”

Here’s how Stafford ended up in Hollywood:

In 2021, the Lions and the Rams agreed to a trade to send veteran QB Matthew Stafford to the West Coast. The details:

The Lions would select cornerback Ifeatu Melifonwu with the third-round pick sent by the Lions.

The Rams would also eat the $ 2.5 million roster bonus that Goff was owned when the deal was finalized at the start of the new league year.

On Jan. 30, Adam Schefter reported that the Rams and Lions agreed to a trade that would send Lions star quarterback to Los Angeles for Jared Goff and picks. The trade would not become official until the start of the new league year in March, but the deal was in place.

The Stafford exit plan was in place prior to the start of the 2020 season, however. Reports indicated that Stafford potentially wanted out of Detroit, and did not want to deal with another rebuild as the Lions were apparently headed toward following the season.

Stafford had suitors. He reportedly vetoed trades to the Panthers, while preferring three teams in all: the Rams, the Colts and the 49ers. (As an aside, he also refused to be traded to the Patriots, per reports.)

The final two teams in the mix were the NFC West rivals, with the Rams ultimately making the deal to bring him out to Los Angeles.

It was a photo finish. On an episode of The Ringer’s “Flying Coach” podcast, Shanahan explained just how close the 49ers were to making a move for the former Lions quarterback on the night that he ultimately landed in a Rams uniform.

You do not want to get me started, dude. That was frustrating. I was actually in Cabo, I was watching it all. I had never studied Stafford that hard. I remember looking through it and everyone was telling me it was a possibility. Stafford’s man, I studied him hard coming out of college, and we always used to play against him, so you know how good he is. But to know he might be available, and then spend two weeks really watching him, Sean? Yeah. He’s better than I had realized. He was the man, and he’s underrated to me. …

I was trying to get involved in it. Someone who had knowledge on the situation – I was talking to (Tom) Condon and everyone to find out when it was happening. I remember on Saturday, I was so stressed out, and finally we talked to someone and it was like 7 at night, and they were like, “No, nothing’s happening at the earliest till tomorrow. So you can finish your night.” So I’m like, “All right, I’m done.” Put my phone down, talk to Mandy, “Let’s go out to dinner, let’s have some drinks.”

A half an hour later, a buddy of mine calls me, he’s like, “I’m just telling you, if you want Stafford, you need to get ahold of him right now.” And I like, “What do you mean? We just talked to people, I can sleep on this, we’ll talk to ’em tomorrow.” “I’m just telling you, you need to talk to him right now.” And I knew it, and I turned on my phone, and it was all over. It was not fun.

Coincidentally, Shanahan was in Cabo, Mexico, the same time that Stafford and McVay were, further painting just how painfully close Stafford was to Shanahan; McVay joked that, thankfully, Shanahan was staying in a different hotel than he and Stafford. Shanahan said it would have made for an “awkward” situation.

While the 49ers would miss out on Stafford, John Lynch and Co. would pivot to find their next passer in the NFL draft. San Francisco would trade two future first-round picks to move up and select quarterback Trey Lance with the No. 3 overall pick in the 2021 NFL Draft.

Lance played in minimal snaps this year, only starting and playing in place of an injured Jimmy Garoppolo. Though Garoppolo is dealing with injuries now, the 49ers have opted not to play Lance in place of their incumbent QB1.

Now, a year later, both teams face off in the “Stafford Bowl.” Or something.