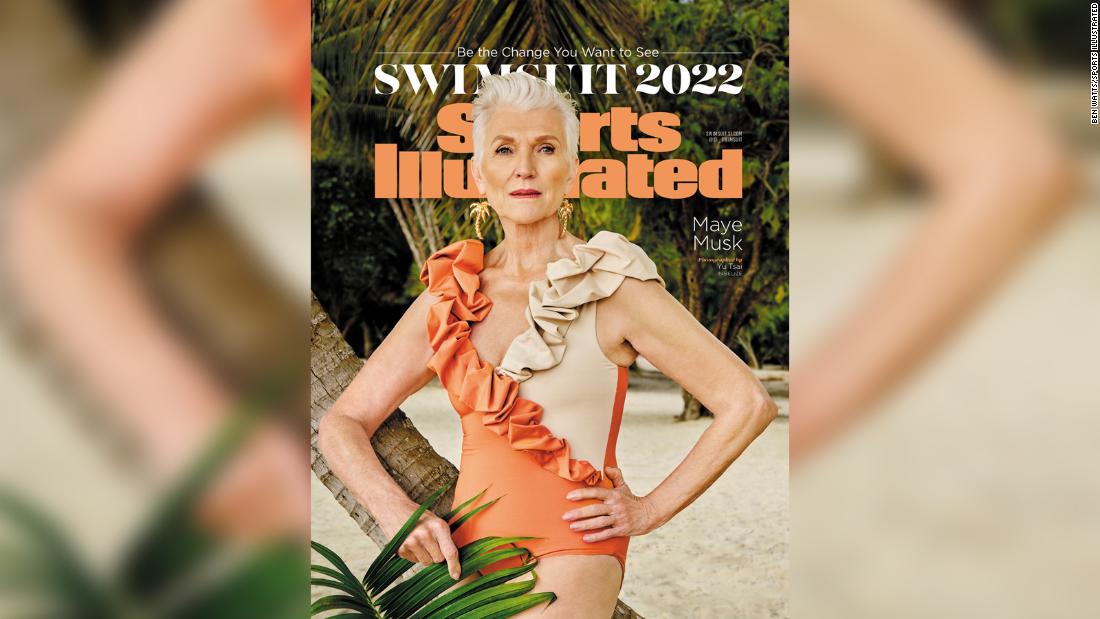 Her billionaire son may have dominated headlines recently, but 74-year-old Maye Musk is now in the spotlight after becoming the oldest model to feature on the Sports Illustrated (SI) Swimsuit cover.

“If I thought I could be a swimsuit model for Sports Illustrated, people would have locked me away as a crazy lady,” said Musk with laughter in a video released by the magazine. “And now, here I am.”

“I’m very excited to let people know that women in their 70s are gorgeous,” she added.

MJ Day, editor-in-chief of SI Swimsuit, championed the latest women chosen to feature on the cover.

“The journey we’ve been on – to break out of the mold the world put us in – may sound familiar. It’s certainly familiar to the women we’ve chosen to be our cover models: Maye, Ciara, Yumi, Kim , “said Day in a press release Monday.

“At 74, Maye continues to work every day to inspire those around her.”

Musk was photographed by Yu Tsai in Belize wearing a variety of swimsuits, including a Bahia Maria one-piece with 3D floral detailing, a two-toned ruffled Maygel Coronel suit, a cutout, one-shoulder silhouette with gold buttons by OYE, and a Zimmermann two-piece.

For the issue, Tosca Musk wrote about her “unstoppable” mother.

“In her years on this planet she’s earned two master’s degrees in nutrition science, won awards in the dietetics field, has been in countless fashion shows and editorials, and she even appeared in a Beyoncé video,” she wrote.

“She is an uncontainable force, and she’s the most fearless woman I’ve ever known.”

“We all deserve the chance to evolve,” added Day in the press release.

“So in this issue, we encourage readers to see these models as we see them: Multifaceted, multitalented – and sexy while they’re at it. The world may label them one way, but we want to focus our lens on all the ways they see themselves and how they own who they are. “

The new issue is out on stands May 19.