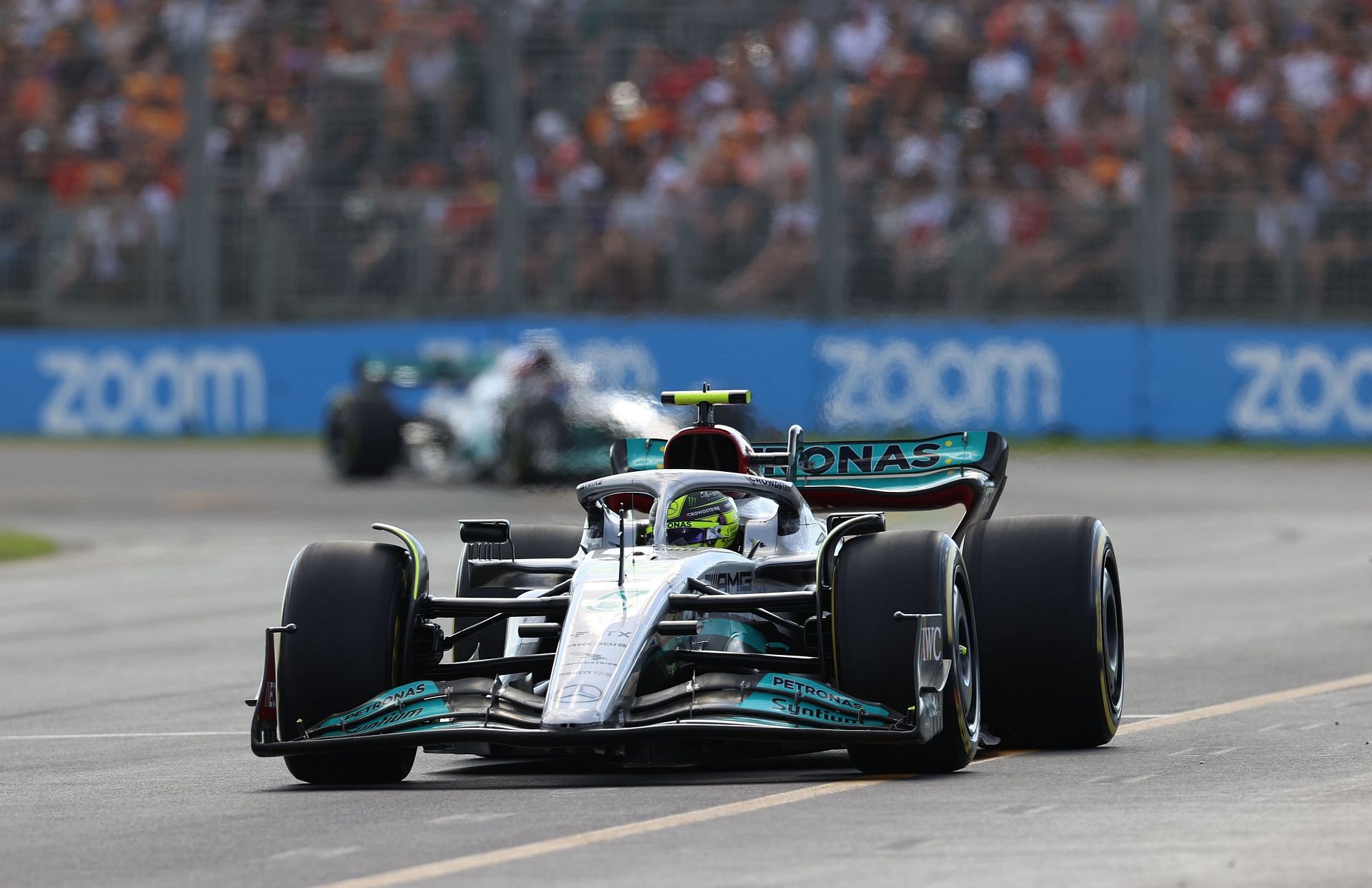 Mercedes have defended their decision to run a plethora of sensors on their 2022 challenger at last weekend’s Australian GP despite it exacerbating the car’s overweight issues.

According to Mercedes’ motorsport strategy director, James Vowles, they were forced to make the unusual decision because they had “too many questions without answers” about the W13’s behavior.

“In a normal year, you would not even consider not having sensors on the car. You would add what you need to, to make sure you understand what’s going on. But obviously this is not a normal year, and the car is overweight. ”

Mercedes have struggled to understand the W13 since they brought a major upgrade to the second pre-season testing in Bahrain. The car suffers from higher-than-anticipated bouncing at high speeds. This forced the team to opt for higher-than-ideal ride heights, thereby sacrificing performance.

This means the car has been notoriously on-the-edge, especially on corner entry, making it difficult for both Lewis Hamilton and George Russell to extract consistent performances out of it.

Furthermore, the W13 is thought to be one of the most overweight cars on the grid. It is estimated to be anywhere between 8 to 15 kilograms above the minimum weight limit.

However, to better understand the car’s behavior, Mercedes chose to re-install all the sensors they had previously removed as part of a weight-saving measure.

Vowles believes the increased weight on Lewis Hamilton’s W13 reportedly did not have much impact on its relative performance compared to teammate George Russell’s car.

According to Vowles, the variance in the weight of the thousands of individual components that make up the car offsets the additional weight of the sensors. He added:

“There are thousands of components that make up the racing car for George and for Lewis, and those components do not weigh exactly the same amount.

“Lewis did a fantastic job by carrying these extra sensors. But the cost was small, it was a matter of grams between the two, which is what we wanted. ”

• The W13 is heavily overweight (like many cars) & Mercedes removed almost all sensors during the first two races. Lewis had a new floor in Melbourne, and Mercedes put some sensors in it [to understand the bouncing issue]. Additional weight was 1,5kg compared to George’s car.

• The W13 is heavily overweight (like many cars) & Mercedes removed almost all sensors during the first two races. Lewis had a new floor in Melbourne, and Mercedes put some sensors in it [to understand the bouncing issue]. Additional weight was 1,5kg compared to George’s car.

Vowles believes the team has gathered enough data by running the sensors throughout a Grand Prix distance. However, he downplayed the chances of the team suddenly finding an overnight fix for their issues.