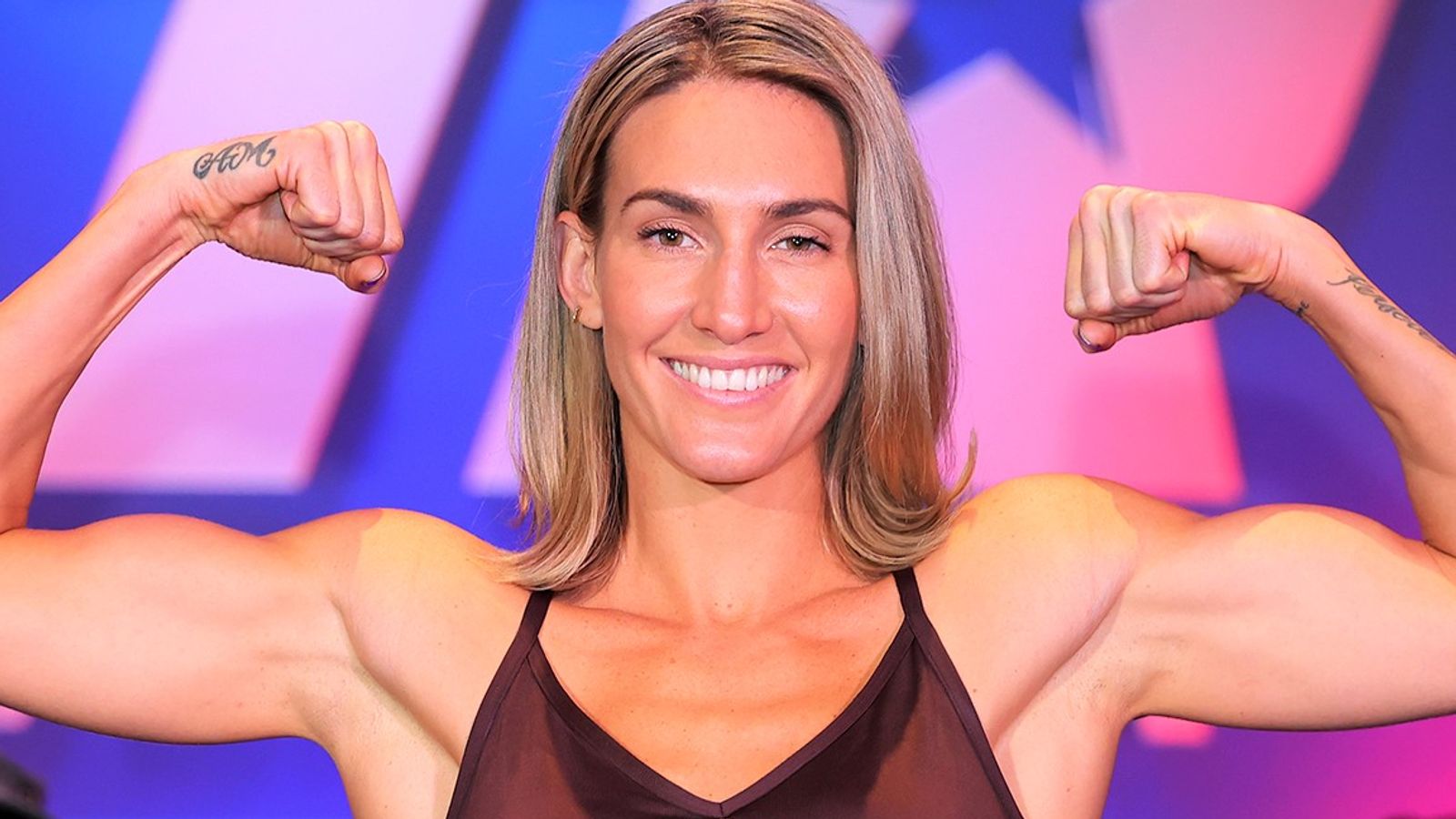 Mikaela Mayer has told Sky Sports she has ambitions to take on Katie Taylor at a higher weight class in a mammoth clash in the near future.

Mayer defended her WBO and IBF belts in her hometown of California against former world champion Jennifer Han on April 9, live on Sky Sports.

The undefeated 31-year-old, who also holds the Ring Magazine title for her division, is keen for unification bouts with WBA champion Hyun Mi Choi and WBC belt holder Alycia Baumgardner, but reiterated she will not wait around at the 130lbs limit if those fights are not arranged soon.

Instead, her focus would turn to Ireland’s unbeaten Taylor, or if Taylor were to lose to Serrano, then a potential fight with the Puerto Rican.

“This is not being salty, this is me being the greatest champion I possibly can be. I want to take on the other champions and have the biggest fights possible for the fans,” Mayer told Sky Sports News on Thursday.

“Before she was champ, I was coming for Terri Harper and I wanted that fight to get done, it took a long time, now Alycia Baumgardneris in her space and has the belt, and so now I’m coming for her, it’s really as simple as that.

“I think the fans deserve a big fight, and I hope it does not take too long to get it done.

“Yes, I would love to fight Katie Taylor. She’s done so much for the sport, she’s been around since I first started so If I can not get the big fights that I want at 130lbs, yeah I’m going to absolutely move up.

“I’m already a big 130-pounder, I can definitely go up to 135lbs, even 140lbs, so I would love to challenge the winner of Taylor vs Serrano, whoever comes out on top.”