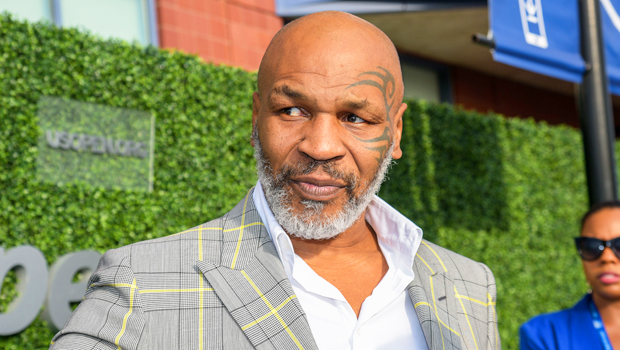 Do not mess with Mike Tyson. One man learned that the hard way when he reportedly bothered the 55-year-old legendary boxer on a JetBlue plane departing San Francisco for Florida on Wednesday night (April 20). Mike did not like that the fellow passenger, who was reportedly drunk, took a selfie with the famous fighter and chatted his ear off while they were in their seats. So, Mike proceeded to punch the male passenger in the face repeatedly, according to TMZ.

The entire incident was caught on video by a different passenger. The video, which can be seen HERE, shows Mike standing up and punching the guy in the face from over his seat. The person recording the video can be heard saying, “Hey, hey, hey, Mike, come on, let’s stop that.” TMZ also obtained photos of the man’s bloodied face after getting hit.

Mike reportedly got off the plane “seconds” after the incident. He seemingly stayed in San Francisco, as the passengers onboard the flight jetted off to the Sunshine State. The passenger that Mike punched reportedly received medical attention and then went to the authorities over the incident. It’s unclear if Mike will be charged for the assault.

HollywoodLife has reached out to Mike’s rep, the police, and JetBlue for comment.