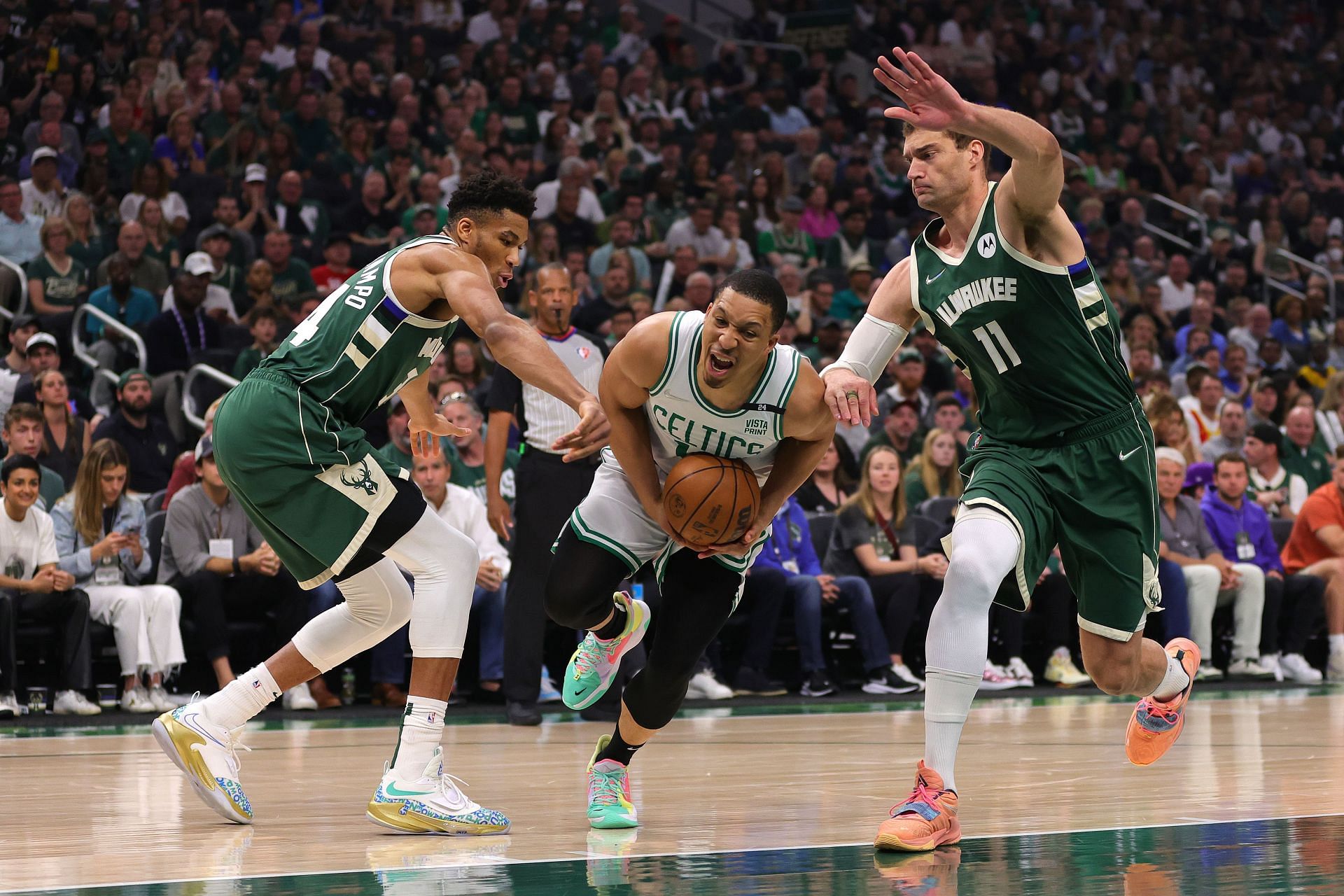 Defending champions Milwaukee Bucks will travel to the TD Garden on Sunday to take on the Boston Celtics in, arguably, the most exciting NBA second-round matchup this year as this series heads into Game 7.

The Bucks had a slow start to their campaign but peaked at the right time to finish third in the East. They’ll rely on Giannis Antetokounmpo, once again, to come up with the goods in the postseason. With Khris Middleton out with a knee injury and likely sidelined for the entire series, the Bucks could face problems against the Celtics.

Meanwhile, the Celtics are having an incredible season so far, despite reports of unrest between players early on in the season. They blanked heavy favorites, the Brooklyn Nets, 4-0, in the first round and will, once again, bank on Jayson Tatum and Jaylen Brown to come up with the goods in Game 7 and advance to the Eastern Conference Finals.

The Milwaukee Bucks possess the firepower to beat any team and can lock down the opposition defensively. They have players who are excellent at both ends. They are the closest thing to a complete team in the NBA at the moment, given the way their roster has been assembled. However, unlike the Chicago Bulls in the previous round, the Celtics have matched them for size and defense.

Khris Middleton is sorely missed by the Bucks as consistency from the perimeter has been an issue for the franchise, despite Giannis Antetokounmpo averaging over 35 in this series and Jrue Holiday stepping up offensively by averaging 21 points per game.

After a tough start to their campaign, the Celtics were not expected to make much noise, despite having Jayson Tatum and Jaylen Brown in their ranks. However, to their credit, they have turned things around since the turn of the year and look like a completely different team.

Their perimeter shooting has been inconsistent, to say the least, in this series as the Celtics have lacked the offensive jolt when shots aren’t sinking from beyond the arc. However, they possess an incredible defense, and that is going to be the key in Game 7.

Boston is coming into this game as the favorite. That’s because of the incredible defense and consistency they have showcased all season, especially at home and the chances of them dropping three games in a series in front of their fans seems improbable. Milwaukee, meanwhile, are overreliant on Antetokounmpo and Middleton and will be missing the latter for this game.

Click here to bet on Giannis Antetokounmpo scoring more than 30 points in this game.

Click here to place a bet on this game going into overtime.

Both teams are heading into this matchup in good form, so confidence should be high in both camps. It will be interesting to see how the Celtics defense tries to stop the Greek Freak, as Middleton’s absence is a huge miss for the Bucks. Because the game is in Boston, despite dropping two games at home in this series, Boston expects to win this series.

Click here to bet on this game between the Milwaukee Bucks and the Boston Celtics.

Where to watch Bucks vs Celtics?

You can catch live action between the two teams via the NBA League Pass. The game will also be broadcast on national TV – ABC.