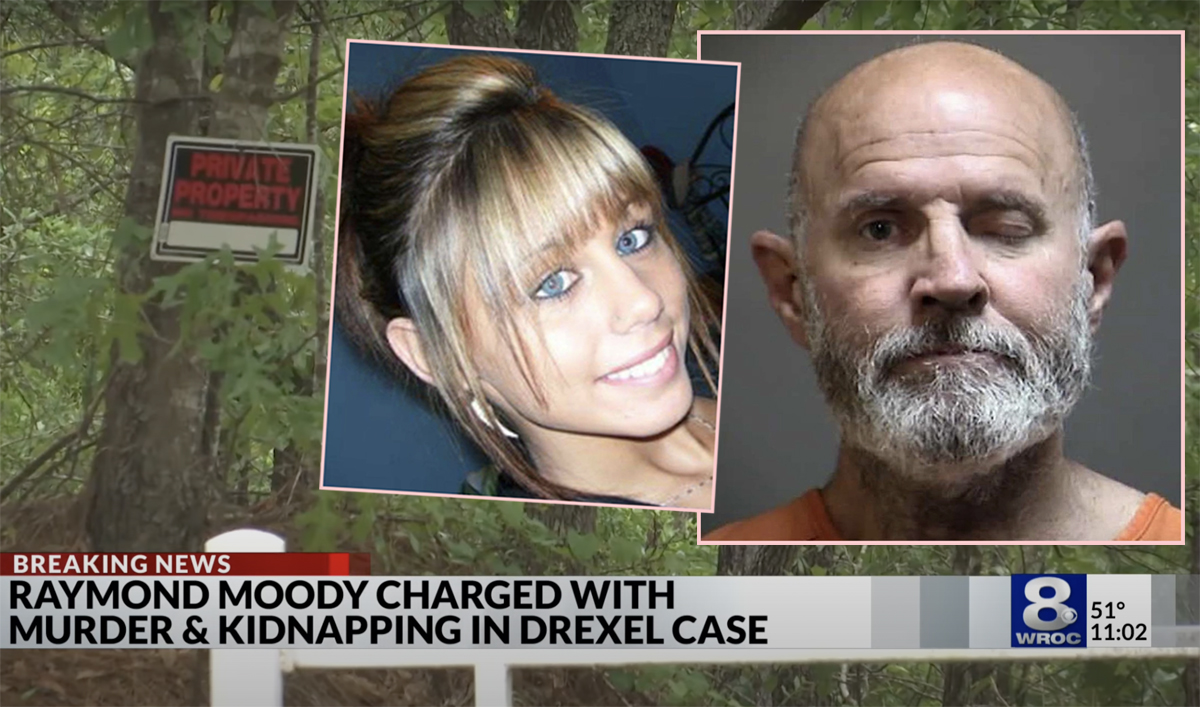 A man has finally been charged in the death of missing 17-year-old Brittanee Drexel.

As we’ve been reporting, Drexel disappeared back in April of 2009 while on spring break vacation in Myrtle Beach, South Carolina. The New York native and Palmetto State tourist had never been found, and no trace of her was ever uncovered following her disappearance – until this week, when authorities closed in on a person of interest in the case and made major breakthroughs in the investigation.

According to multiple media reports, sheriff’s deputies in Georgetown County, South Carolina – just south of the city of Myrtle Beach, where Drexel first disappeared – arrested 62-year-old Raymond Moody in the case. Moody, who had already been jailed in Georgetown County on charges of obstruction of justice, was officially charged with rape, murder, and kidnapping in the Drexel case.

The breakthrough came after police found Drexel’s remains at Moody’s home. According to Spectrum News, cops first discovered unknown remains on Moody’s property late last week. Using dental records and DNA testing over the last few days, investigators were able to definitively determine that those remains were of Drexel. Cops now say Moody allegedly raped and killed the girl at some point soon after her April 2009 abduction, then buried her body on his property in the South Carolina coastal county.

Police had previously tracked Moody at various points over the last 13 years, several times identifying him as a person of interest in the case. Good detective work a decade ago was even able to prove that Moody was in the area right around that of Drexel’s disappearance from a Myrtle Beach hotel when it occurred, even though the man had denied being there. In 2012, cops uncovered a traffic citation Moody was given by a police officer in a neighboring town the day after Brittanee’s kidnapping, definitively tying him to the area despite his denial.

Speaking to the media this week following the charges against Moody, Dawn Drexel said (below):

“This is truly a mother’s nightmare. I am mourning my beautiful daughter Brittanee as I have been for 13 years. But today it’s bittersweet. We are much closer to the closure and the peace that we have been desperately hoping for. ”

CNN reported that she optimistically added her hope about good finally prevailing in this terrible situation:

“Today marks the beginning of a new chapter. The search for Brittanee is now a pursuit of Brittanee’s justice. ”

Moody has a significant criminal history, according to local news media reports, including having served two decades in prison in California for the rape of a young girl there in 1983.

Here is the latest on the case, from News 8 WROC (below):

Now, we can only hope justice will at last come for Brittanee Drexel, and her family members and loved ones who have waited so long to hear definitive news about her disappearance.