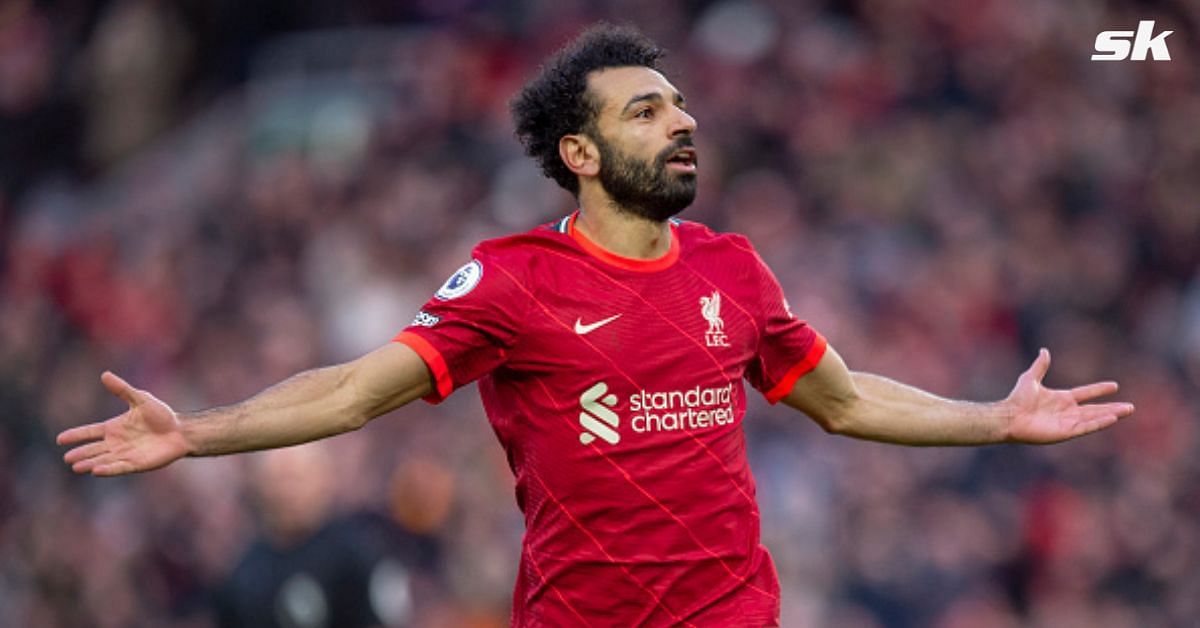 On another unforgettable Anfield evening, it was perhaps the enduring image of the night as Liverpool toasted to a 4-0 victory over Manchester United.

On the left side of the picture was Mohamed Salah and his familiar yoga celebration; radiating positive vibes and zen-like calm amid the chaos of what was unfolding around him. The pose, which is said to symbolize grounding and balance, was on full display as he made it 2-0 at Anfield.

On the right side of the shot, United captain Harry Maguire, wearing the most pained of expressions that was a potent mixture of anger, frustration and acceptance that the game was now beyond United at the home of their most fierce rivals.

It was a picture that said 1,000 words and none of them were complimentary of United.

For Salah, it’s the first time he’s been able to celebrate a goal of his since he belted home a penalty in a 2-0 win over Brighton last month. It was also his first in open play since a victory over Norwich at Anfield over two months ago.

That run represents a goal drought for players of Salah’s stratospheric level and if the No.11 was feeling the heat with Roberto Firmino, Diogo Jota, Luis Diaz and Sadio Mane all vying for a place in Liverpool’s front three too, then United will have been viewed as the ideal opposition for him.

It’s now nine goals in six against the Red Devils for Salah, including his hat-trick in that incredible 5-0 shellacking at Old Trafford back in October. He must wish he can play them every week.

But like a giant who is awoken by the creeping around of the mere mortals below him, Salah has seemingly risen from his goalscoring slumber following Son Heung-Min’s goal-laden form of late.

With the Tottenham forward registering six goals in his last four games to go second in the race for the Premier League’s Golden Boot, Salah’s double extended his advantage in that particular chase to five.

Salah could cement his Liverpool legacy in the weeks ahead

Once again, the Egyptian is closing in on a Golden Boot in the Premier League. It will be his third in five seasons. He also has 12 assists to call his own too in a campaign that has established the Egyptian as someone widely regarded as the planet’s best player.

I meant our midfield, and our defense, make it easy for us. I was not talking about the Manchester United players whom I respect. twitter.com/footballdaily/…
🗣 “They make our life easier in the midfield and the back.”

🗣 “They make our life easier in the midfield and the back.” Mo Salah gives his thoughts on Liverpool’s dominance over Manchester United this season https://t.co/tw1ivcWKHS

I meant our midfield, and our defense, make it easy for us. I was not talking about the Manchester United players whom I respect. twitter.com/footballdaily/…

He has not quite been up to those otherworldly stands of the Autumn since the turn of the year, but the reasons for that are ten-fold. The feeling now is that he can use his Anfield double – goals that took him to the 30 mark for the third time as a Liverpool player – to inspire the push for the quadruple further.

An in-form Salah at such an important part of the season could still be the difference in Liverpool’s pursuit of glory. But with the unprecedented quadruple quest reaching boiling point, even if the Reds do not win the lot, they still stand a very good chance of adding to the Carabao Cup that is already within their possession.

With Salah in place, Liverpool are shooting for the moon and if they miss, they could land among the stars.