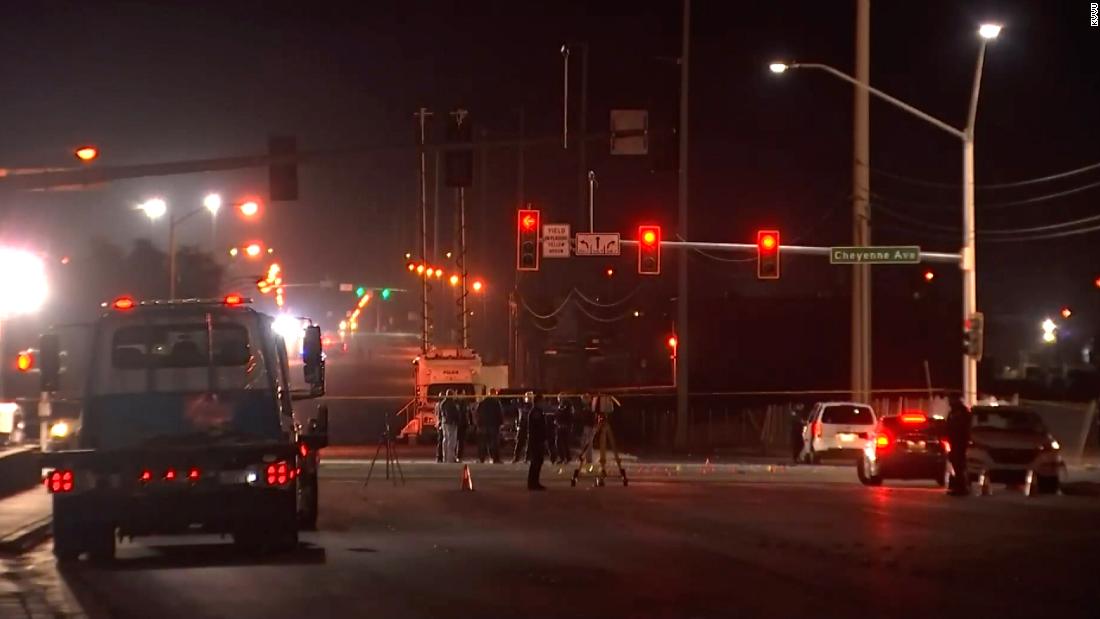 They are among 15 people involved in the crash Saturday afternoon.

Six vehicles were involved, according to CNN affiliate KNTV.

The driver and passenger of the Dodge were among the deceased, who range from young juveniles to middle-aged adults, according to Cuevas.

The other surviving victims suffered injuries ranging from non-life-threatening to serious, Cuevas said.

Police are investigating whether the driver was impaired, but speed was considered a factor, according to Cuevas.

“Our thoughts and our prayers are with the families who are experiencing a tremendous and unnecessary loss due to a careless and senseless act,” North Las Vegas Councilwoman Pamela Goynes-Brown said during last night’s news conference.