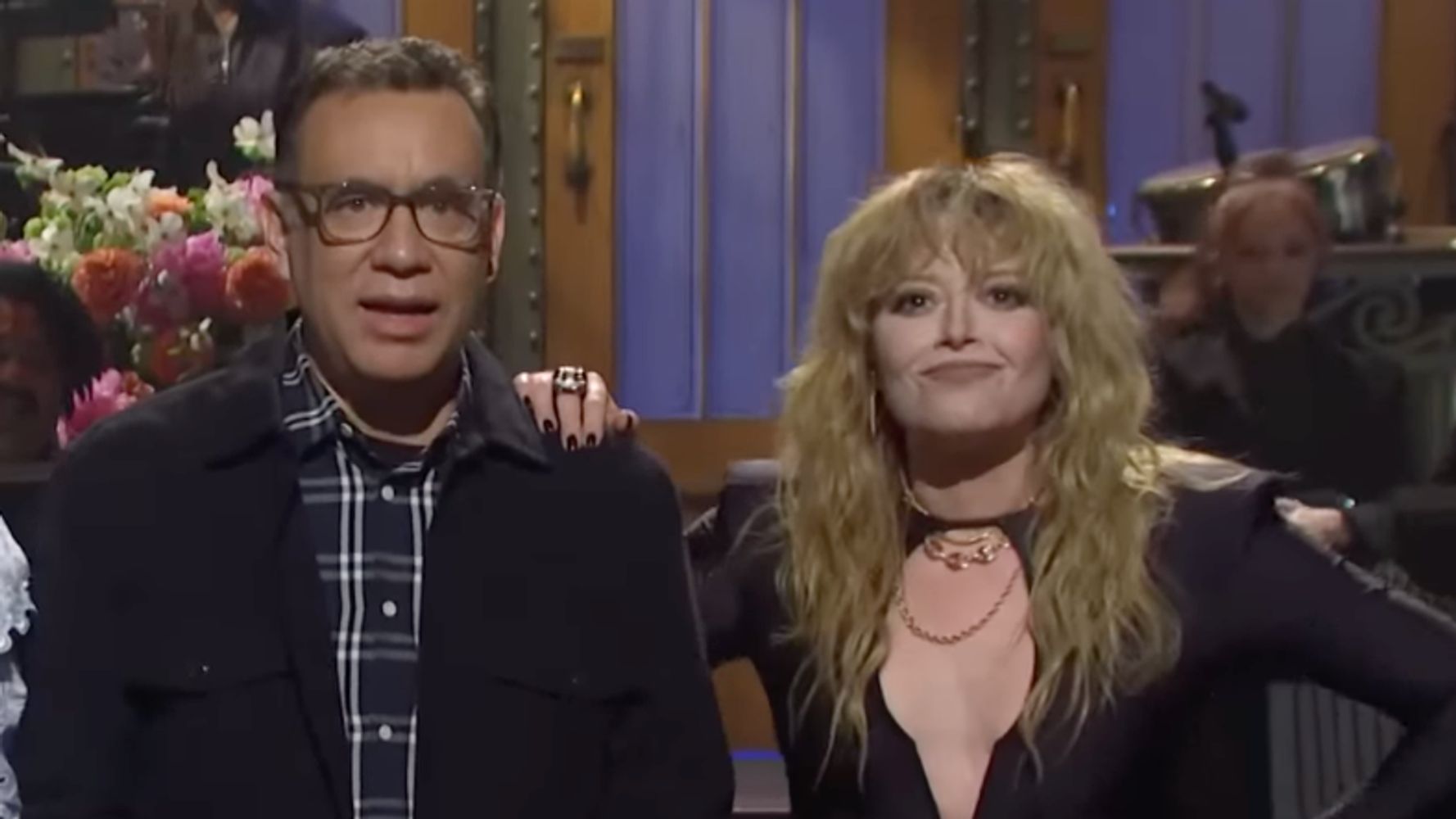 There’s being friendly with an ex, and then there’s bringing him out during the opening monologue for your first “Saturday Night Live” hosting gig.

Braver than most, Natasha Lyonne chose the latter over the weekend as Fred Armisen, whom she dated for seven years before their recent split, joined her onstage alongside fellow “SNL” alum Maya Rudolph over the weekend.

After remarking on the “cosmic connection” she feels with the late-night sketch show, Lyonne, outfitted in a plunging-neck black catsuit, said, “The people here are my real-life chosen family.”

“I’ve been coming here since I was a teenager,” she continued. “I co-created ‘Russian Doll’ with Amy Poehler, and I have great friends from the show.”

That’s when both Armisen and Rudolph appeared onstage to workshop their impressions of the actor, whose calling card is her raspy voice and thick New York accent.

“We do really good impressions of you, just not when you’re around,” Rudolph said.

Once the two left the stage, Lyonne joked, “You know, Freddie and I, we dated for seven years. We were the only couple with a sex tape that nobody wanted to buy. ”

The “Orange Is the New Black” alum confirmed their split in a rather unconventional way last month, revealing that the two called it quits over a dispute over a swimming pool.

“I honestly think we broke up because I wanted a swimming pool,” she told The Hollywood Reporter. “We love each other just about as much as two people can love each other and we’m still talking all the time, but Freddy does not like a swimming pool. It might seem like a mundane reason for a breakup, but during that pandemic, you’ve got to get your laps – I’m like Burt Lancaster in ‘The Swimmer.’ ”

Lyonne and Armisen were first linked in 2014 before making their first red carpet appearance together at the Emmy Awards the following year.

Rudolph actually played a pivotal role in their love story, first introducing the duo during a period Lyonne has since described as a “rocky road” due to her struggle with substance abuse.

Later in her opening monologue, Lyonne said she’s gone “to hell and back” since becoming a child star, skyrocketing to fame in the early aughts and then developing a drug addiction.

“I brushed myself off, and I got back on the ride. And now I’m here, ”Lyonne continued. “All right, so I’m conflicting events, glossing over entire decades. But I’m here, and I’ll tell you what I’ve found. There’s always hope in despair, and there’s always a reason to get back in the ring and fight another day. ”

Lyonne was joined by musical guest Japanese Breakfast for the closing episode of the show’s 47th season.

The season finale also stood as the swan song for a handful of longtime cast members, including Aidy Bryant, Kyle Mooney, Pete Davidson and Kate McKinnon, who bid farewell to the series during the episode’s emotional cold open.