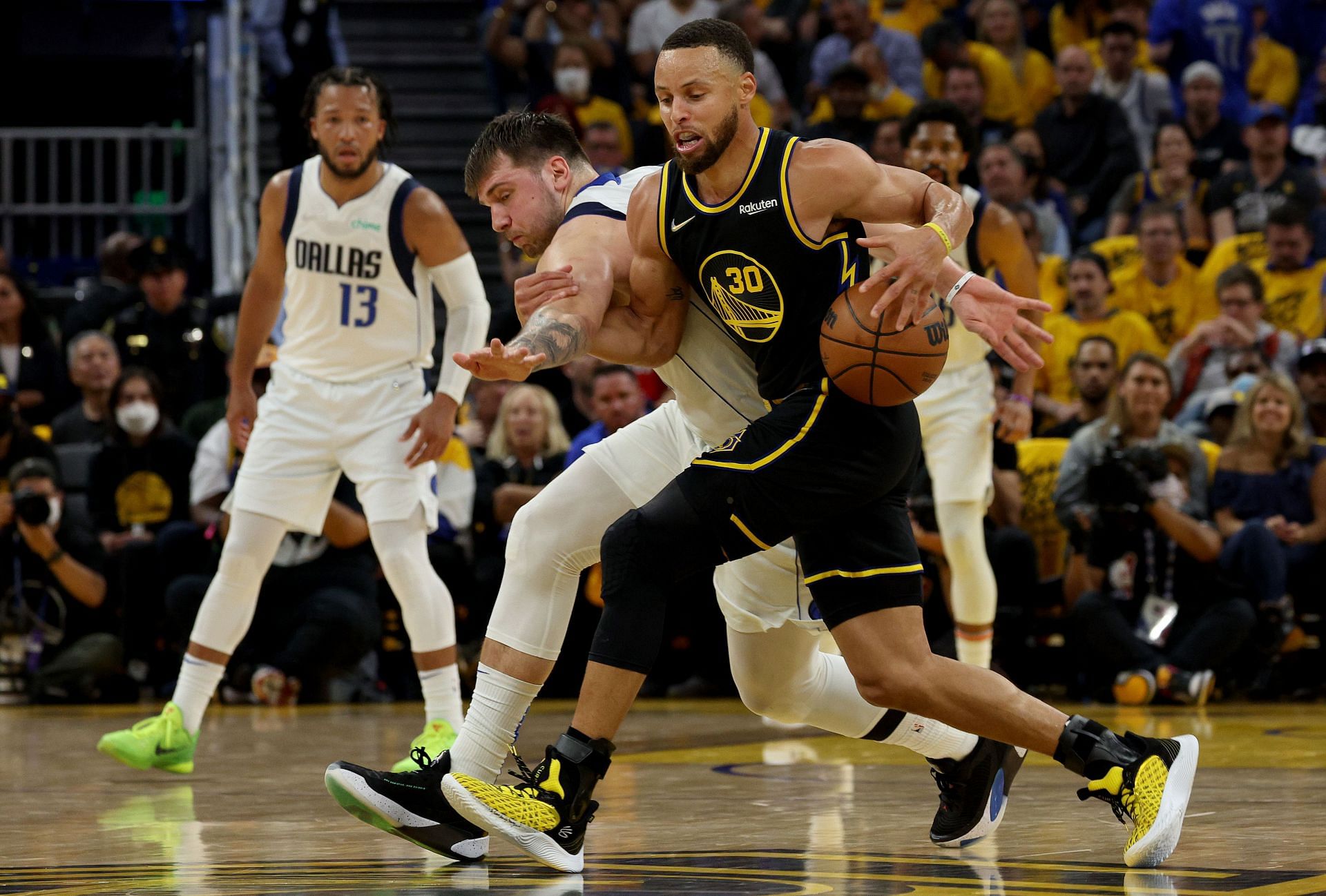 This season, Dallas Mavericks star Luka Doncic has done something we rarely see in the NBA. With no other All-Stars around him, he has taken his team all the way to the Western Conference finals. The Mavericks currently find themselves down 1-0 to the Golden State Warriors.

When it comes to sole performers this postseason, there arguably has not been a better player than Luka Doncic. Through 11 postseason games, he is averaging 30.5 points (most among active players), 9.8 rebounds, and 6.4 assists. Arguably his best showing came against the Phoenix Suns in Game 7 when he posted 35 points, ten rebounds, and four assists.

Throughout this stellar run, Luka Doncic continues to draw comparisons to some of the game’s best talents. On a recent episode of ESPN’s “KJM,” Seth Greenberg compared the emerging superstar to James Harden.

“He’s got a little Harden in him. That’s the way they play, he’s ball dominant.”

Luka Doncic draws a lot of comparisons to former MVP

We have seen an endless amount of comparisons to Luka Doncic, but this one might be the most spot on. When looking at the last decade of NBA basketball, James Harden’s Houston Rockets days are identical to what the Mavericks are doing now.

Part of what makes this such a point is how similar Harden and Doncic’s games are. Both are capable of scoring big numbers every night, but at the end of the day, it’s their high IQ and facilitiation that sets them apart. Because they can run an offense at a high level, it makes the players around them better. More importantly, Luka Doncic is able to find his teammates for open shots when defenses collapse on him in an attempt to slow him down.

Before Daryl Morey made the big swing for Chris Paul, Harden was flanked primarily by role players. Because of this, he was the center of the offense and extremely ball-dominant. Some criticized Harden for having the ball so much, but it was out of necessity.

Seeing what Luka Doncic has done in the playoffs is very Harden-esq. The Mavericks open up the floor and allow their star player to get in positions to make plays.

While this style of play allowed Harden to rack up a lot of personal accolades, he did not have much team success. Going toe-to-toe with other contenders is tough when you are without a running mate. Doncic is learning this the hard way against Golden State as he attempts to do the impossible and drag Dallas to the NBA Finals.