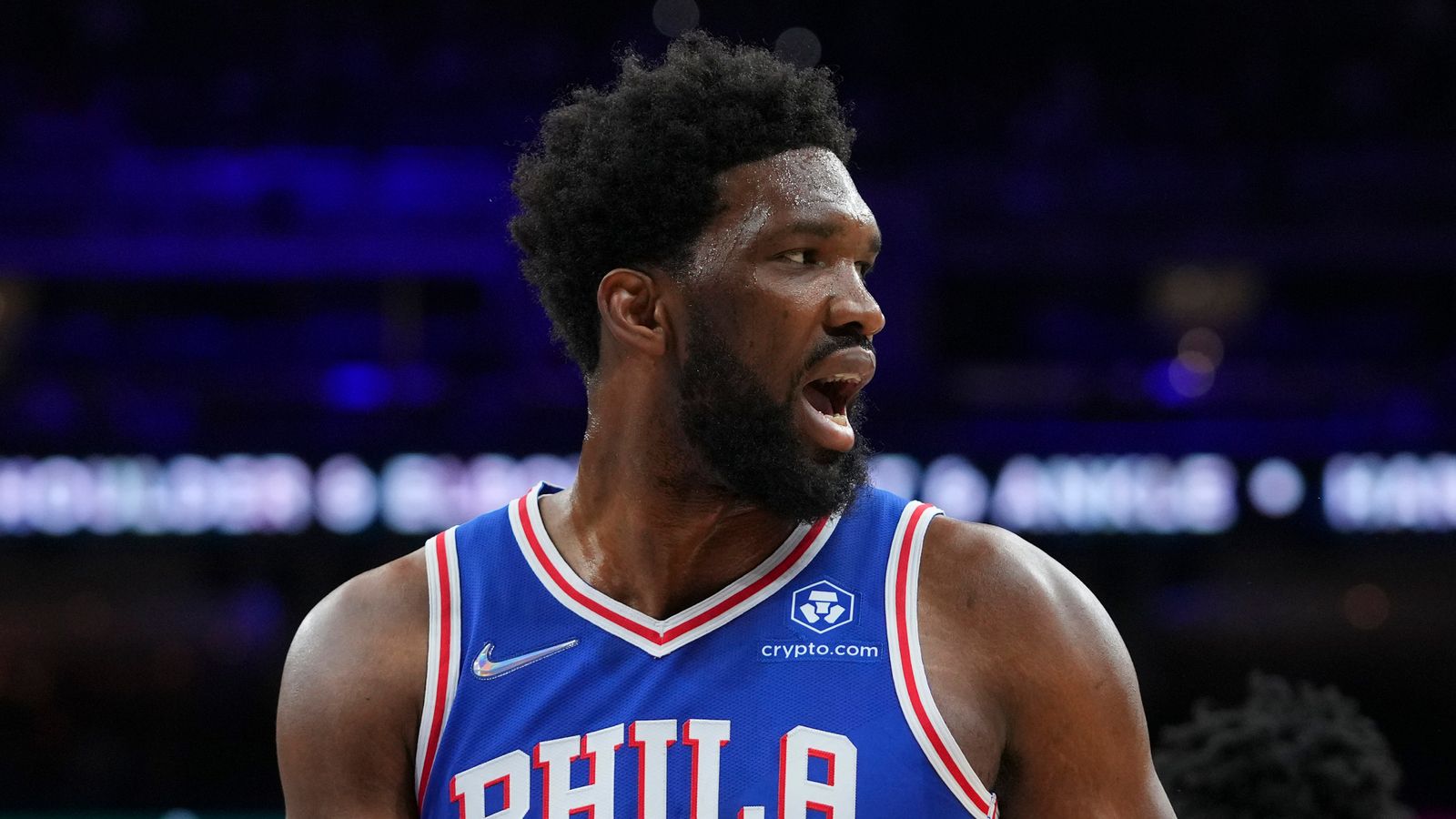 Embiid delivered 36 points, 12 rebounds and six assists to lead host Philadelphia back past Sacramento on Saturday.

Embiid was 10 of 18 from the field and 14 of 18 from the free-throw line while scoring at least 25 points for the 17th game in a row. For the 76ers, Tobias Harris added 16 points and eight rebounds, Tyrese Maxey contributed 13 points with seven assists and Danny Green scored 11. 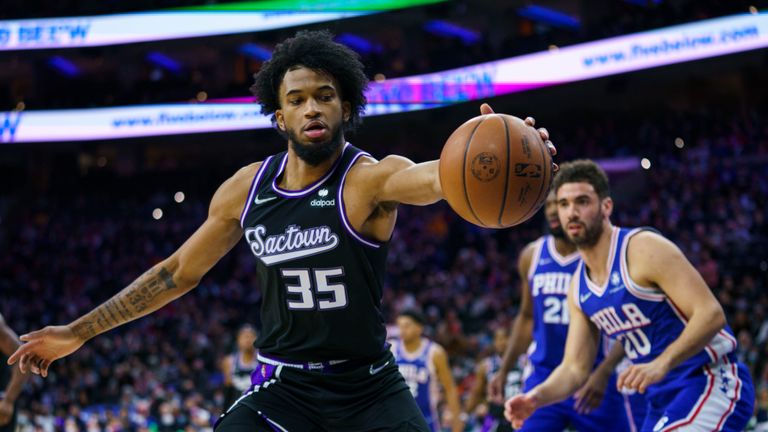 Watch the highlights of the Sacramento Kings against the Philadelphia 76ers

The Kings played without De’Aaron Fox for the fourth straight game because of his sore left ankle. Tyrese Haliburton scored a career-high 38 points, including a flurry of 14 straight points in the final quarter. Harrison Barnes added 16 points, eight rebounds and five assists for the Kings, as they lost their sixth straight game. 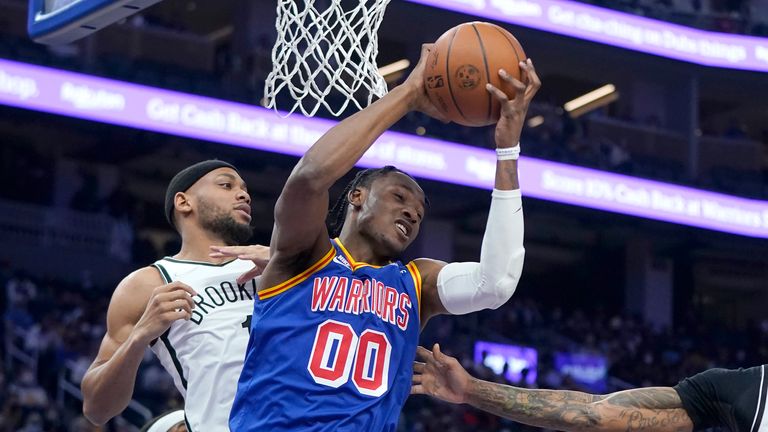 Able to play because the game was on the road, Kyrie Irving paced the Nets with 32 points. James Harden (sore right hand) joined Kevin Durant (sprained left knee) on the sidelines.

After Irving and Patty Mills hit two free throws apiece to get Brooklyn within 104-103 with 30.8 seconds to go, Thompson took a Curry pass and drilled just his second 3-pointer of the night to make it a four-point game. 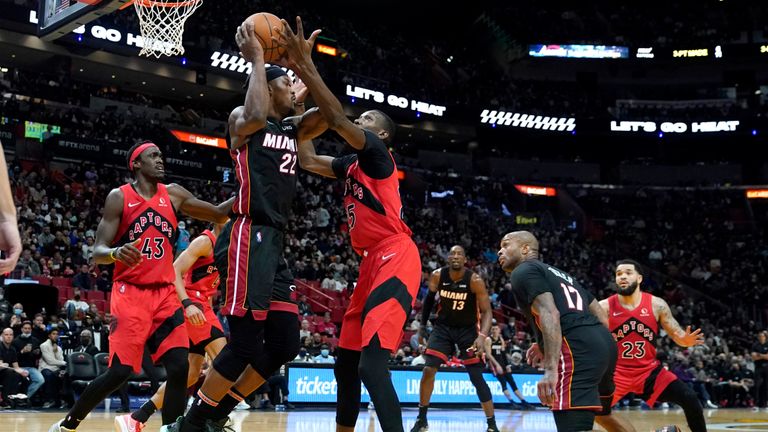 Fred VanVleet’s 3-pointer with 2:17 to play in the third overtime period gave visiting Toronto a five-point lead, and they held on to defeat Miami.

Jimmy Butler had 37 points, 14 rebounds and 10 assists for the Heat, who had a three-game winning streak end. Gabe Vincent scored 17 points for Miami, Bam Adebayo had 14 points and 16 rebounds and Tyler Herro had 13 points. 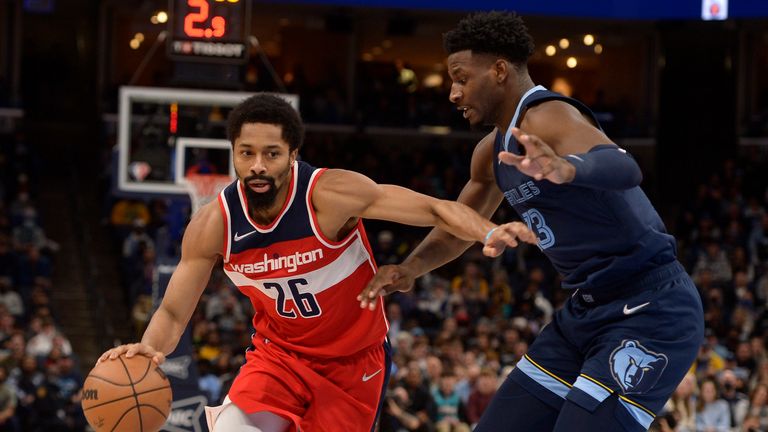 Watch highlights of the Washington Wizards against the Memphis Grizzlies

The Grizzlies have won three straight and 16 of their last 19 games. Desmond Bane scored 19 points for the Grizzlies, De’Anthony Melton added 13 points and Steven Adams recorded a double-double with 10 points and 15 rebounds.

Kyle Kuzma paced Washington with 30 points, all after the first quarter. Kentavious Caldwell-Pope scored 15 points and Spencer Dinwiddie had 10. Josh Richardson came off the bench to score 10 points, Robert Williams III had 16 rebounds, and Marcus Smart had 12 assists for the Celtics.

Coach Udoka on Jayson Tatum and Jaylen Brown combining for 69 points: “They’ve been shooting it better, attacking better, and making plays. That’s what we expect from those two. ” 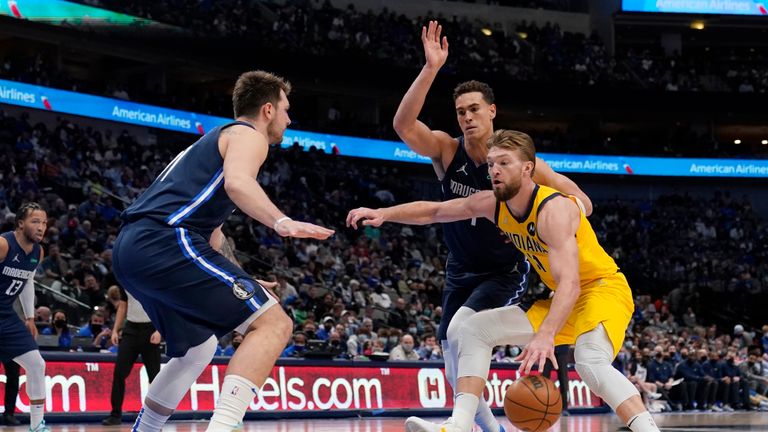 Dallas never trailed and was only tied for a brief 2-2 spell early on, despite an early departure from Kristaps Porzingis because of knee soreness. The Mavericks bench combined for 64 points, led by Bullock and his 6-of-8 shooting from 3-point range. The Mavericks went 16 of 34 from deep as a team.

Domantas Sabonis flirted with his second triple-double in as many nights, posting 21 points, 15 rebounds and eight assists, and Duane Washington Jr. scored a career-high 22 points off the bench.