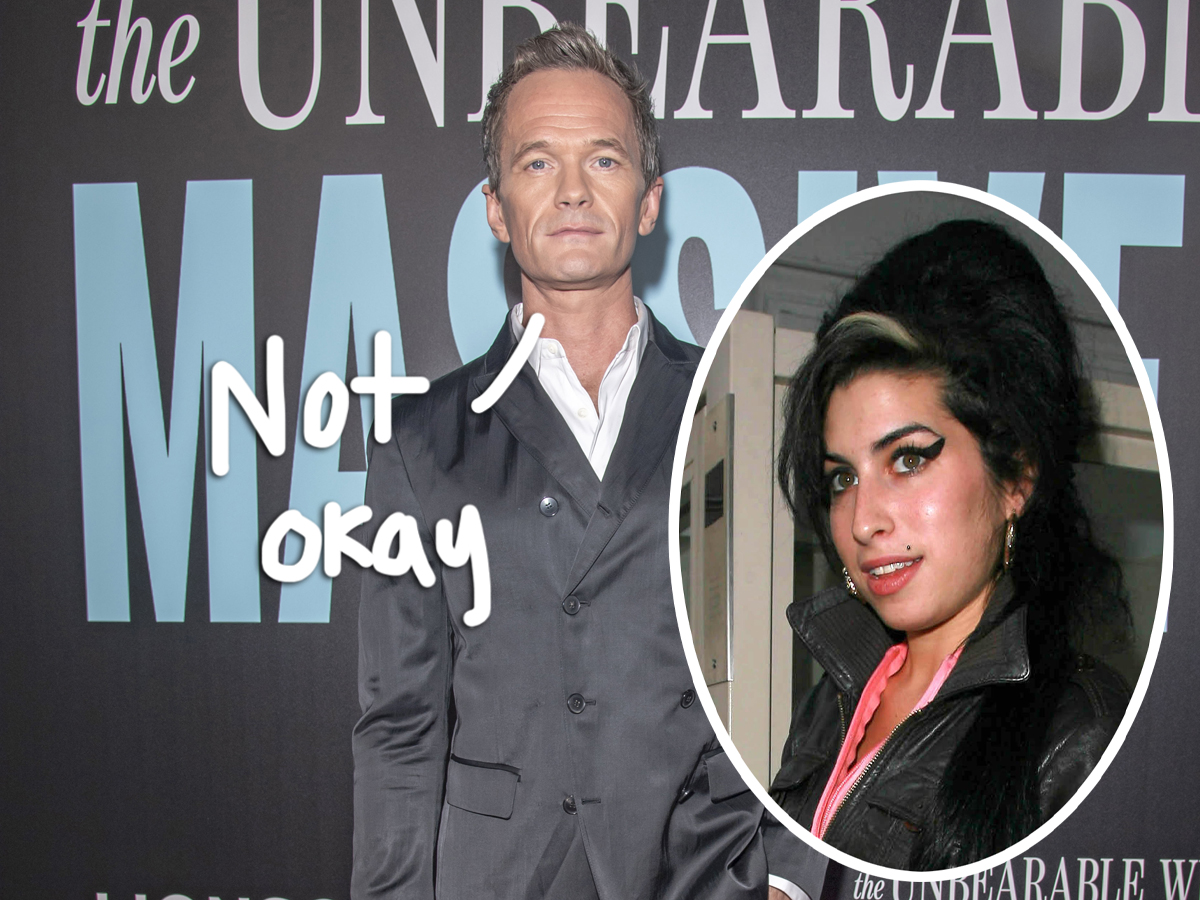 Neil Patrick Harris has been taking heat on social media this week after a photo of a horrific dish making light of Amy Winehouse‘s death that was served at his 2011 Halloween party resurfaced online.

For those that do not know, the late singer passed away from alcohol poisoning on July 23, 2011. She was just 27 at the time and already regarded as a sensation, earning multiple Grammys for here album Back To Black. She had suffered from drug and alcohol addiction for many years, something that was often ridiculed by the media. But while most people were mourning her death, the How I Met Your Mother alum and his husband took it upon themselves to make light of her tragic end in a shocking buffet platter at their Halloween party the year she died.

Just three months after Amy’s death, NPH and his husband David Burtka displayed “The Corpse Of Amy Winehouse” at their party. An image of the platter hit the internet at the time after Jesse Tyler Ferguson‘s now-husband Justin Mikita snapped a photo for Twitterjoking:

The disturbing photo – yes, it’s that disturbing even though it’s made of food! – depicts a rotting and bloodied corpse complete with Amy’s famous beehive hairdo and a few of her tattoos. Just in case someone did not realize it was supposed to be a real human, the dish was labeled “The Corpse of Amy Winehouse.” Truly so vile. You can check it out HERE.

Many have confused the realistic platter for a cake, but it was actually made of “beef ribs, pulled pork, chicken sausage in a spicy BBQ sauce.” After the photo resurfaced online earlier this month, outraged viewers took to Save your to slam the actor for the misguided dish, arguing:

“I can not believe how many very online people over the age of 25 are just now finding out about Neil Patrick Harris’s disgusting Amy Winehouse cake.”

“Yea Neil Patrick Harris quite literally had a cake mimicking Amy Winehouse’s corpse for Halloween soon after she died. I’ve loathed that man ever since. ”

“Wtf I was not expecting the cake to be that graphic, this is so sick”

“WOW. This is so wildly inappropriate. My jaw dropped. ”

“What in the actual f ** k !? I can not believe I had no idea and I LOVE celebrity gossip. This is absolutely vile ”

“I’m literally nauseous right now after viewing that. So wrong and in poor taste. ”

“Wait what the f ** k. I expected a cake with her face on it— how could ANYONE EVER think this is okay? I’m horrified ”

“I’ve never been able to look at him the same way after this. I think it shows his real character and it’s just so horribly grotesque. ”

Another person pointed out that it was especially disturbing to label the platter after the musician considering it would have been just as gory to serve up any unnamed body, saying:

“They could have just had a gross meat platter for Halloween, it did not need to have the ‘Amy’ sticker on it. Tasteless even in 2011 (a dark time in our treatment of celebrities with addiction / mental health issues for sure), but despite it being a long time ago, I really think it shows his character (and his husband’s). Mean girls vibes from both of them anyway ”

Interestingly, Haris and Burtka managed to put the controversy in their past in 2011 without ever addressing their decision to serve the dish, but now, Neil is officially apologizing for his mistake. In a statement to Entertainment Weekly on Monday, the 48-year-old said:

“A photo recently resurfaced from a Halloween-themed party my husband and I hosted 11 years ago. It was regrettable then, and it remains regrettable now. Amy Winehouse was a once-in-a-generation talent, and I’m sorry for any hurt this image caused. ”

At least he’s finally admitting how awful it was! It’s about time he owned up to the mistake. But what do you think about this apology, Perezcious readers? Is it enough? Let us know (below)!