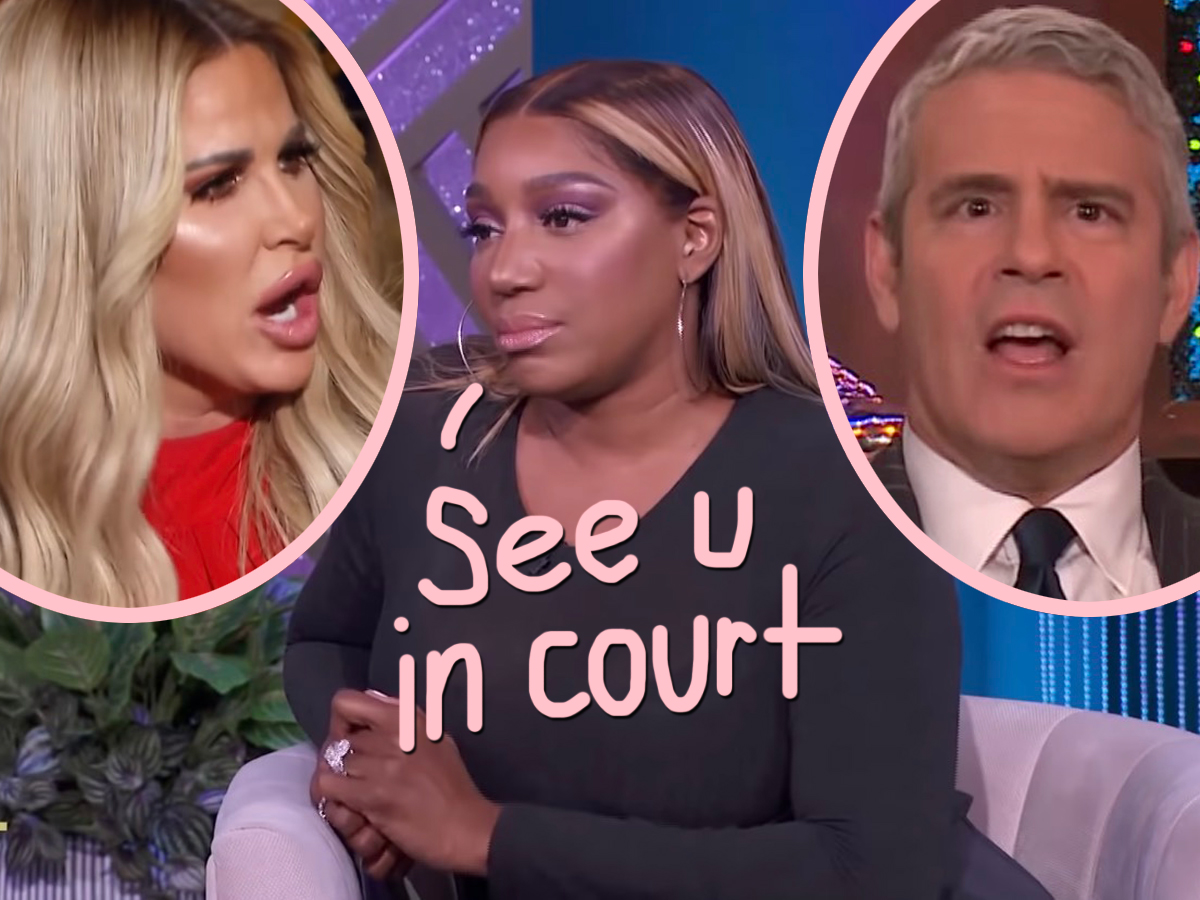 No Leaks is taking Bravo to court!

The Real Housewives of Atlanta star had previously alleged racism at the network (and specifically from head honcho Andy Cohen). But now she’s putting her money where her mouth is with a lawsuit that names Andy, NBCUniversalBravo, production companies True Entertainment spirit Truly Originaland executives from those companies, per The Hollywood Reporter.

“NBC, Bravo and True foster a corporate and workplace culture in which racially-insensitive and inappropriate behavior is tolerated – if not, encouraged.”

While not named as a defendant in the lawsuit, costar Kim Zolciak-Biermann was the center of many of NeNe’s complaints. The filing contains several specific incidents from their interactions over the years, like a season one interaction regarding a barbecue in which Kim allegedly said “words to the effect of: ‘I do not want to sit around with NeNe and eat chicken,'” a statement which “perpetuated an offensive stereotype about African-Americans.”

The reality star also accused Kim of making “racially offensive and stereotypical” comments about Kandi Burruss‘home in season 12, commenting on whether she needed a swimming pool and calling her neighborhood “ghetto.” Kim also allegedly used the N-word to refer to NeNe and some of their other costars, falsely implied that NeNe used drugs, and called her home a “roach nest.”

The Glee alum’s lawsuit claimed that when she brought her concerns about Kim’s behavior to executives, they “did not terminate their relationship with Zolciak-Biermann, nor take any other meaningful action to put an end to her racially-offensive behavior.” Instead, she was rewarded with a spinoff (Do Not Be Tardy), while NeNe was ultimately forced out of the franchise.

“From the day the series began filming, NeNe was the target of systemic racism from co-star Kim Zolciak-Biermann, who was tolerated by Bravo executive producer Andy Cohen and other executives.”

The alleged discrimination the television personality experienced extended to the network attempting to silence her during the rise of the Black Lives Matter movement, which occurred while she was negotiating her contract for season 13. (According to TMZproducers even kept her “away from scenes where other cast members discussed BLM.”)

“As the Black Lives Matter movement swept our nation, Mrs. Leakes – Bravo’s historically most successful Black female talent – should have been embraced by NBC, Bravo, and True. Instead, NBC, Bravo, and True forced her out of the ‘house she built,’ denying her a regular role. “

The 54-year-old’s suit alleged violations of federal employment and anti-discrimination law, seeking monetary damages to be determined at trial. A second attorney, Joe Habachytold THR that “not a day goes by that NeNe does not wake up with an onslaught of overwhelming emotions as a direct result of these unfortunate and avoidable occurrences.”

This is serious business. It’s also not the first time Bravo has had to deal with a racial reckoning – and although they made some serious changes back in 2020, there is still some toxicity to be addressed. We’ll be very interested to see how this suit plays out.