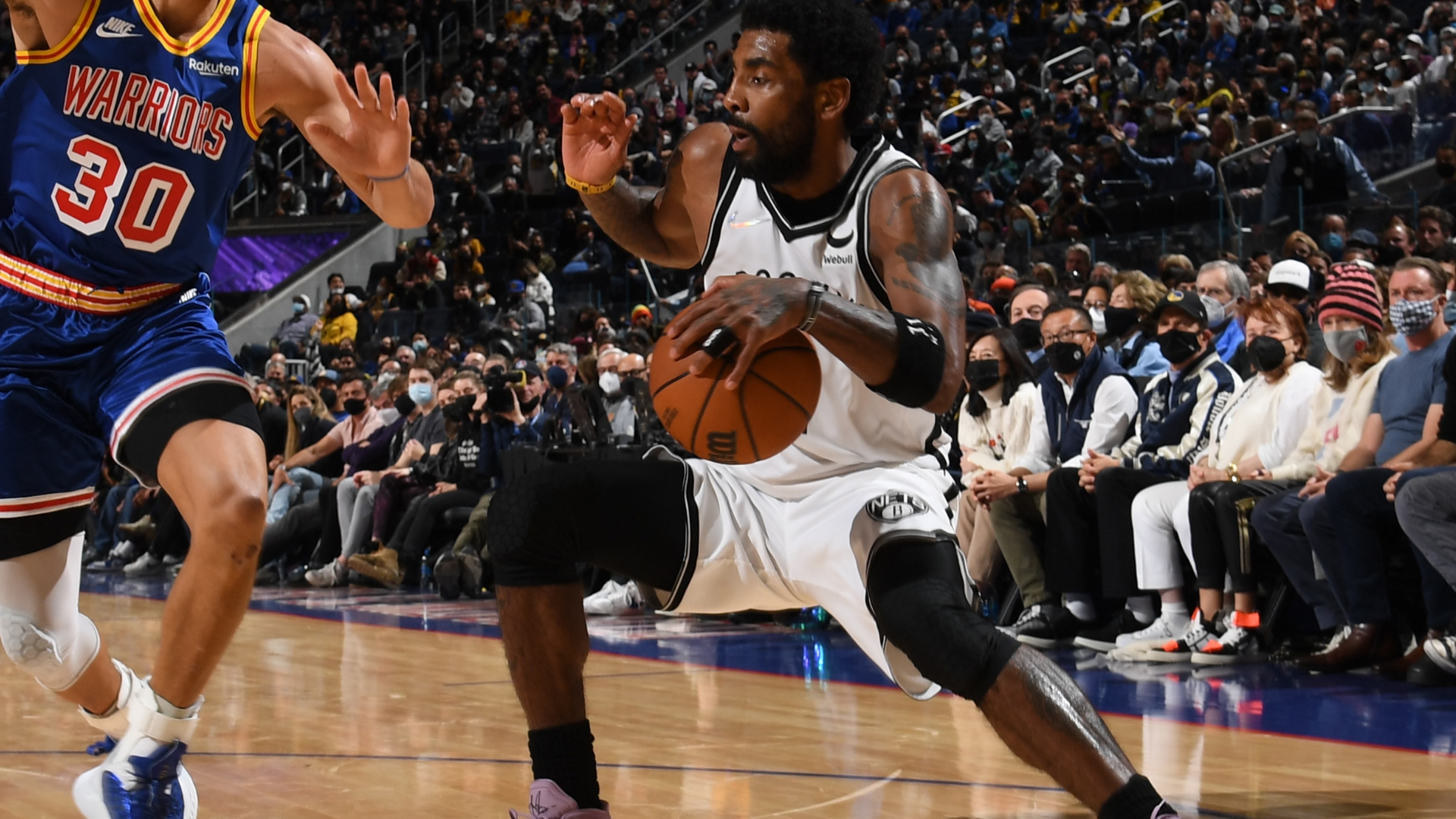 The Nets began a five-game road trip in San Francisco on Saturday, the longest stretch of consecutive games they will have Kyrie Irving available for this season. They got 32 points, seven rebounds and seven assists from their point guard in his best performance of the season, but they could not overcome a 19-point deficit against the Warriors.

Irving’s 32 points were a season high, eclipsing his previous mark of 30 points in his last game played, Jan. 23 at Minnesota.

The 110-106 loss dropped the Nets to 29-20 on the season and sixth in the East. James Harden missed the game with what the team called a right hand strain, meaning this was the first game Irving has played without at least one of the other two Big Three – Harden and Kevin Durant – since his return.

Ineligible to play in home games because of New York City’s COVID-19 vaccine mandate, Irving rejoined the Nets as a part-time player in early January after the team initially opted against using him in the road games he is able to play.

Since his return, though, Irving has been nothing short of impressive. He has averaged 24.5 points, 5.1 rebounds and 5.4 assists, and against the Warriors, he looked like the Kyrie of pre-Brooklyn days.

Irving was asked in mid-January about the pressure of carrying the team in Durant and Harden’s absence. He said he did not feel any added pressure in taking on that role.

“I like the pressure,” Irving said. “I love pressure. It brings out the best in me personally. And then also I’m able to carry that energy with the team whether it be communicating with guys in short conversations on the floor or off the floor.

Kyrie Irving since coming back (8 games):

He had 32/7/7 tonight and almost won in Golden State without KD and Harden. pic.twitter.com/7dbm9lN1v7

The biggest concern for the franchise right now will be trying to stay afloat until Durant can return from injury. The Nets are 5-8 in games he has missed, meaning that over the next month-plus, they’ll need Irving more than they could have anticipated when they agreed to let him return.

Irving said Saturday that he found that the team needed “everyone” in order to compete against teams like the Warriors. “We need an amazing effort from everyone, that’s what I mean. With James being out, obviously, you can not make up his production. We do our best to fill in for his 30 points, 10 rebounds, 10 assists that he’s capable of going off for every night. ”

Given the parity in the East this season, the Nets cannot afford to go on an extended losing streak. Even though they are sixth in the conference, they’re just 2.5 games out of first place, which the Heat currently hold.

The loss to the Warriors was their fourth in a row, and it was the first time they’ve lost back-to-back road games this season. Of their remaining four games on this trip, three will be against teams in the top five in the West: the Suns, Jazz and Nuggets.

The Nets’ record against elite opponents? Just 1-11. The sole win came at Chicago in mid-January.

Coach Steve Nash has said that having Irving as a part-time player is just another obstacle the team will have to overcome, but while it has him for these next four games, it’s going to need him more than ever.