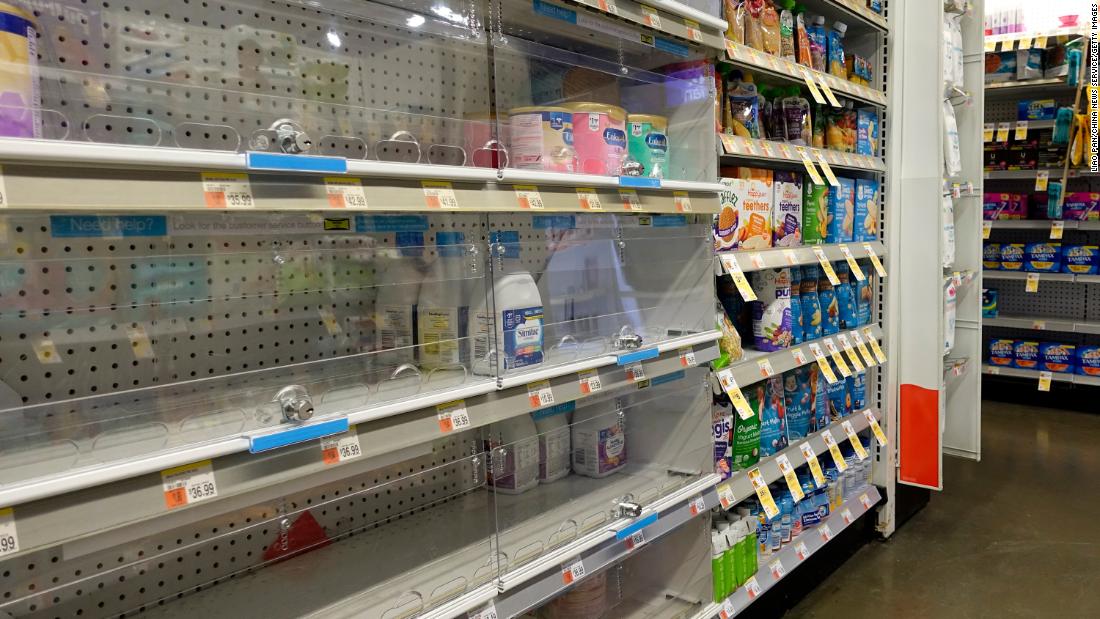 The mayor signed the emergency executive order which will empower the city’s Department of Consumer and Worker Protection to prevent price gouging for formula, a Sunday statement from his office announced.

“The nationwide infant formula shortage has caused unimaginable pain and anxiety for families across New York – and we must act with urgency,” Adams said in the statement.

“This emergency executive order will help us to crack down on any retailer looking to capitalize on this crisis by jacking up prices on this essential good. Our message to struggling mothers and families is simple: Our city will do everything in its power to assist you during this challenging period. “

More than 40% of retailers in the tristate area are out of stock of formula, said the mayor.

CNN scanned large retailers in three New York City boroughs on Sunday for formula – with mixed results. Two large supermarkets in Greenpoint, Brooklyn, had no formula on the shelves. A worker at one of those retailers told CNN some formula is kept “in the back office.”

At a Target store in midtown Manhattan, the shelves were almost cleaned out except for three containers of Similac Alimentum priced at $ 14.69 each and three larger boxes of Enfamil Neuropro Sensitive.

There were also a few varieties of toddler formula available. A sign warned customers that “due to the industry-wide formula shortage, select formula items and sizes are currently not being produced,” and directed shoppers to the company’s website.

“The nationwide infant formula shortage is hurting parents and families across our city at a time when we’re all still reeling from the crisis of past two years,” said New York’s Deputy Mayor for Health and Human Services Anne Williams-Isom in the statement .

New Yorkers who are overcharged for formula can file a complaint with the Department of Consumer and Worker Protection.

CNN’s Sarah Jorgensen and Alaa Elassar contributed to this report.