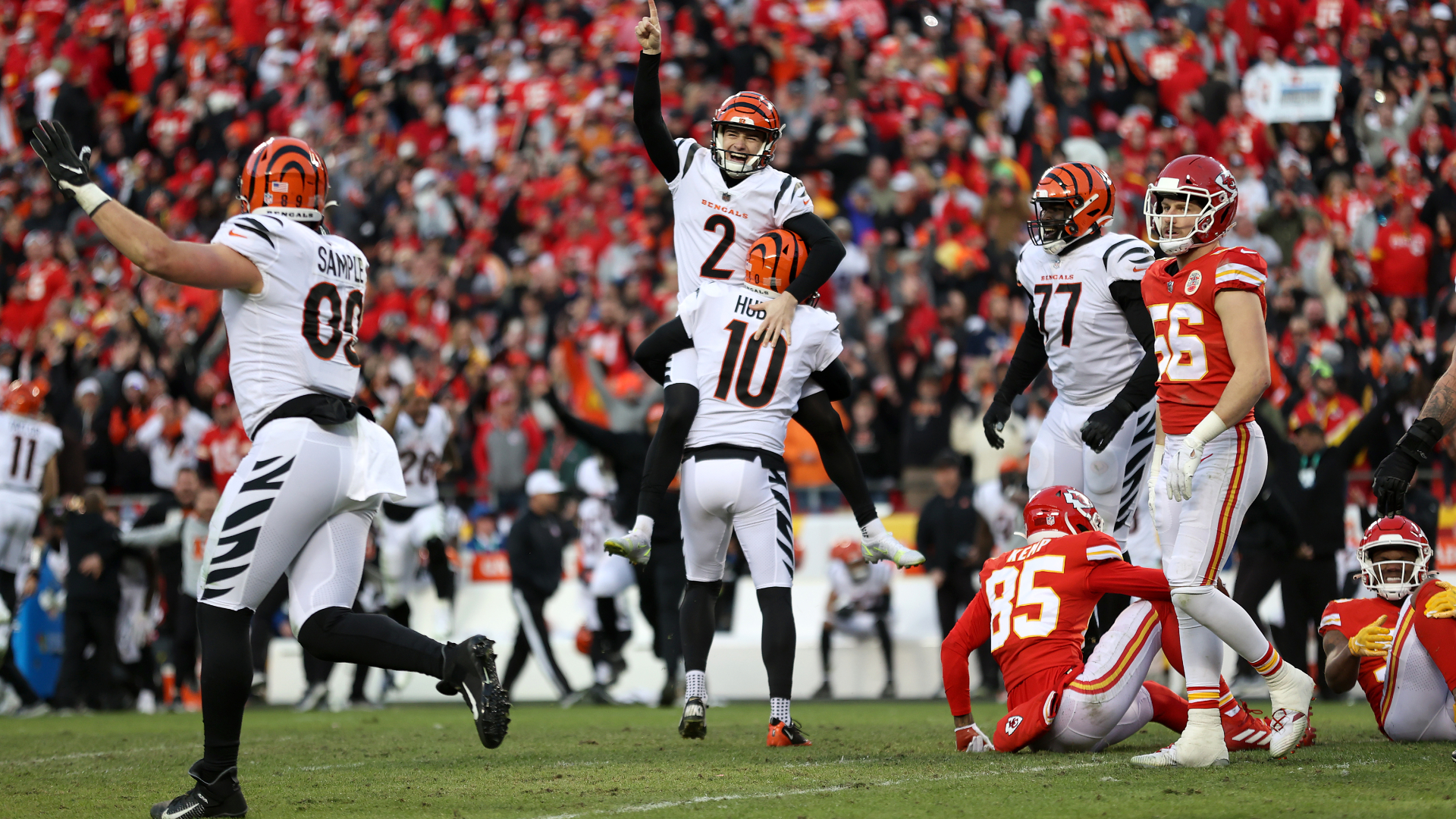 We’re heading into triple overtime on the NFL overtime debate.

After a divisional matchup between the Chiefs and Bills once again put the NFL’s overtime rules front and center in the 2022 NFL playoffs, with Kansas City taking the OT win over the Bills, creating quite the debate among fans and analysts alike.

With no guarantee that both teams get an offensive possession in the extra period, some want to see the rules change once again, while others are fine with the status quo.

Regardless of which side you fall on, one thing is fact: Since the NFL adopted new overtime rules in 2010, teams that get the ball first in the OT period have fared far better than those starting on defense. In 12 playoff games, teams that win the coin toss are 10-2.

Here’s how NFL playoff games have played out under the new OT format:

Who won the coin toss? Broncos.

It did not take long for the Broncos to win vs. the Steelers, with Tim Tebow connecting with the late Demariyus Thomas on their first play from scrimmage for an 80-yard touchdown.

It was the NFL’s first playoff game under the new OT rules, but the result would have been the same under the old sudden death rules. Still, that’s 1-0 for teams who win the coin toss.

Who won the coin toss? Giants.

The 49ers did what they had to do to start the OT period: They prevented the Giants from scoring despite New York receiving the ball first in overtime.

What San Francisco did not do, though, was capitalize on the change in possession: Instead, Alex Smith and the Niners went three-and-out on the ensuing possession. The Giants would get the ball back and eventually not the game-winning field goal off the foot of Lawrence Tynes, sending them to a date with the Patriots.

So, while the Giants did receive the ball first, it was their second OT possession that earned them the victory.

Who won the coin toss? Ravens.

This one needed more than overtime: The Broncos and Ravens wound up in double OT after neither team scored in the initial overtime period, with the first three possessions ending in punts. The fourth drive of the OT period ended with Peyton Manning throwing a back-breaking interception.

Justin Tucker would end the double OT affair with a 47-yard field goal. So, while the Ravens did pull out the win, they did not take it on their first possession of OT. It took until their third try with the ball.

Who won the coin toss? Seahawks.

This was the second time under the new OT rules that the game ended on the first possession: The Packers defense could not stop the Seahawks offense, with Russell Wilson hitting Jermaine Kearse on a 35-yard bomb to send the Seahawks to the Super Bowl .

The game-winning score was preceded by another 35-yard pass to Doug Baldwin.

Who won the coin toss? Cardinals.

For the second season in a row, their playoff hopes were dashed in the first possession of the overtime period. Most of the damage was done by a 75-yard Larry Fitzgerald completion, before Carson Palmer found Fitz again in the end zone for the touchdown on a short TD pass.

Who won the coin toss? Patriots.

Point being, the Falcons could not stop the Patriots, and it took New England and Tom Brady the extra time to put down the Birds, but not too much extra time: It took nine plays and about four minutes for the Pats to score the game-winning TD.

Seemingly, not many were upset with the way the game unfolded then, with the Patriots taking almost no time to score on their first possession in the overtime period.

Who won the coin toss? Saints.

This game gained notoriety for a missed call that led to the NFL allowing pass interference reviews, which was a bad football lab experiment gone horribly wrong. It also has a small level of fame for bucking the coin-toss trend on this list.

While the Saints won the coin toss and received the ball, it was the Rams who would intercept Drew Brees and ultimately win the game on Greg Zuerlein’s 57-yard field goal. This was the only time under the new format that the team that lost the coin toss won the game.

Who won the coin toss? Patriots.

The first postseason meeting between Patrick Mahomes and Tom Brady was an absolute classic that wound up in the extra period.

Much like Sunday’s Chiefs-Bills matchup, one of the star QBs did not have an opportunity to touch the ball in overtime: The Patriots won the coin toss and would go on to score a touchdown on their first possession in the period, not giving the Chiefs the opportunity to counter.

The similarities to this year’s divisional matchup are evident: Both offenses scored almost at will in the fourth quarter, with six drives ending up with points on the board. Whoever got the ball to start the OT period was probably going to score, and that turned out to be New England. No rules change then, though.

Who won the coin toss? Texans.

The Bills tied the game in the closing minutes of regulation, and they would lose the coin toss, but they would get an opportunity anyway.

The Texans would win the game on their second possession of the overtime period: The Bills defense forced a punt to start the overtime period, but a subsequent four-minute drive would prove fruitless, ending with a punt of their own.

The Texans would win on a 28-yard Ka’imi Fairbairn field goal.

Who won the coin toss? Vikings.

The Vikings made quick work of the Saints in the overtime period, winning the coin toss and driving down the field efficiently, ending in a Kirk Cousins-to-Kyle Rudolph touchdown pass.

The Rudolph TD did not come without controversy, though: Some viewers felt that Rudolph pushed off on the game-winning play. The result remained, though, with the Vikings winning the game after getting the help of the coin.

Who won the coin toss? Chiefs.

The game that will once again spark the debate as to whether or not the NFL should change its overtime rules to allow for more “fairness” in its overtime period.

After a flurry of scoring plays in the closing minutes of the game, the Chiefs received the kick to start overtime and matriculated the ball down the field with relative ease, ending in a Mahomes-to-Kelce game-winning score. Lots of people point to the fact that Josh Allen did not get an opportunity to answer in OT.

Now, the NFL will have to answer to whether or not the rules will change in the coming months.

Who won the coin toss? Chiefs.

Joe Burrow was visibly upset when the Chiefs won the coin toss to start overtime, but he was all smiles not too long later: Patrick Mahomes would throw a back-breaking interception on third down in their possession, thus giving the Bengals the opportunity to win on a field goal.

That’s exactly what they did: After a short drive that landed the Bengals deep in Kansas City territory, Evan McPherson kicked his 12th field goal of the playoffs, sending the Chiefs packing.

The Bengals are just the second team to lose the coin toss and win overtime in the playoffs since the new rules were implemented.