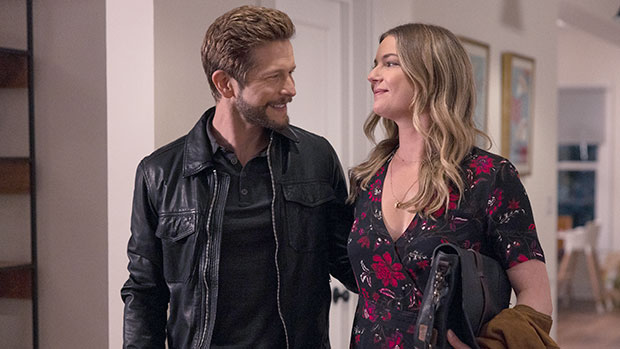 CoNic fans, rejoice. Emily VanCamp reprises the beloved Nic for a series of flashbacks in the season 5 finale of The Resident. In our EXCLUSIVE preview, Conrad and Nic are preparing for their first date night out since having baby Gigi. They’ve hired a babysitter and everything.

Being a new mom and all, Nic is understandably worried about leaving Gigi for the first time. She freaks out a little bit, but the babysitter assures Nic that she has everything covered. Nic has a long list of emergency contacts – just in case.

“I’m more worried about Nic than I am about Gigi,” Conrad jokes to the babysitter. Nic stresses to just call if anything goes wrong. As they walk out, Nic comments to Conrad that the babysitter has a crush on him.

‘The Resident’ – Photos Of The Hit Medical Drama

Conrad is remembering this sweet moment when Gigi – in the present day – brings him back to reality. The very sassy and adorable Gigi tells her dad that “green means go.” She gets her sass from her mom!

Nic tragically passed away earlier in the season due to complications from a car accident. The show did a multi-year time jump after Nic died. Over the course of season 5, Conrad has had to adjust to life without Nic by his side.

The synopsis for the season 5 finale is: “Conrad contemplates his future as he reminisces about a special night that included a very important conversation with Nic (guest star Emily VanCamp). Meanwhile, Devon is presented with an amazing career opportunity out of state, and Ian is faced with a devastating diagnosis, which causes him to rely on the doctors at Chastain. Then, Kit and Bell celebrate their engagement and Padma receives the news she has been waiting for. ” The Resident season 5 finale will air May 17 at 8 pm on FOX. The show will return for season 6 in fall 2022.