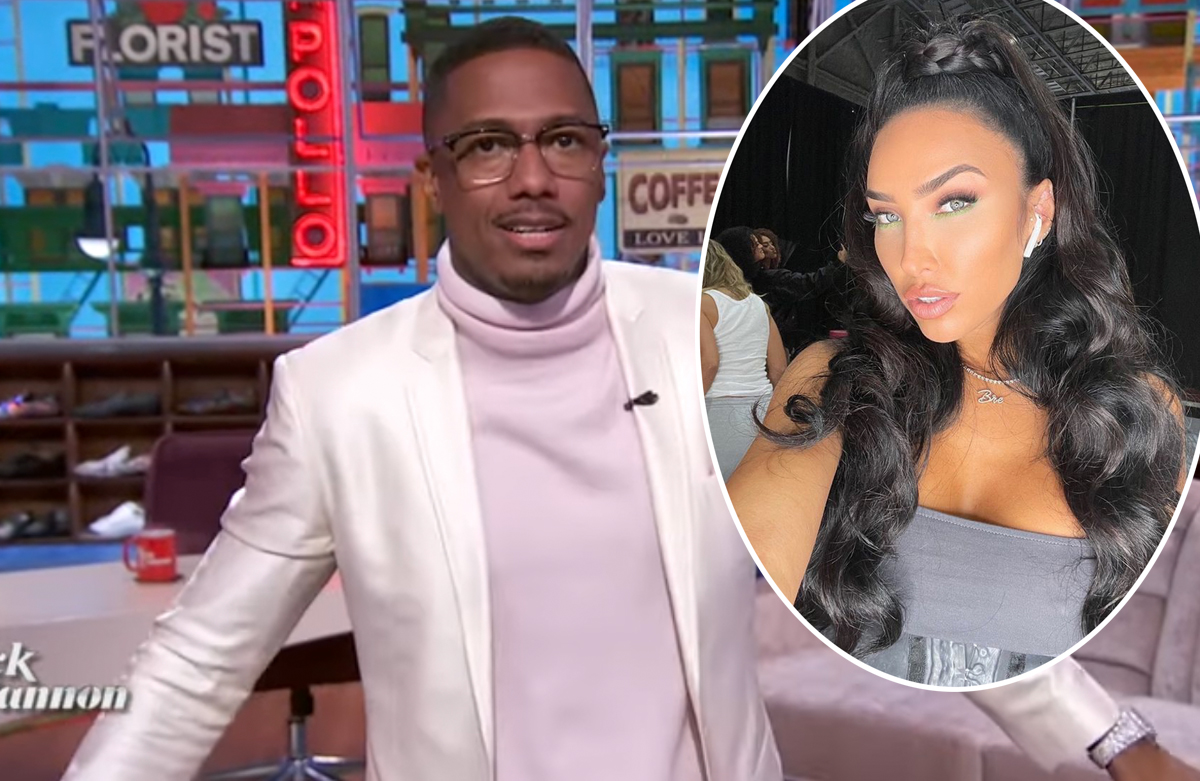 Does Nick Cannon have another bundle of joy on the way? It certainly looks that way…

The 41-year-old was spotted at a gender revealing party and baby shower in Malibu on Sunday, where he and model Bre Tiesi looked to be the proud parents hosting the event! In photos obtained by TMZ, the pair gathered together with a small group of friends and was surrounded by pink and blue balloons. The 30-year-old was spotted cradling her baby bump while wearing a white form-fitting dress. Meanwhile, Cannon matched the momma in an all-white hoodie and sweatpants combo.

Pictures also showed him and Brie smiling at one point as guests used party poppers to rain down blue confetti, revealing that she is expecting a baby boy. While there has not been an official announcement that The Masked Singer host is the father, Cannon was seen posing for pictures and cradling her baby bump throughout the party. You can ch-ch-check out the pics from TMZ HERE.

The news comes after the rapper announced last month the devastating loss of his 5-month-old son, Zen, whom he shared with model Alyssa Scott. During an episode of The Nick Cannon Show, he revealed that the little one passed away from cancer after it was first detected at a routine checkup last year:

“We thought it would be a routine process. We went in just to check his sinuses, and they actually said his sinuses were pretty cool. But by the time we found out that he had another condition. And I think it was called, if I’m not mistaken, fluid that was building up in his head, and that was the cause. His head was starting to get big. When we found out it was more, they called it a malignant tumor in his head. ”

Subsequently, Zen underwent brain surgery. But things soon took a tragic turn when the tumor grew, and he sadly did not make it. In a previous interview with People, Cannon recalled the last moment he had with his son on a beach, sharing:

“I was like, ‘We have to watch the sun rise and just be there with him one last time,’ It was beautiful. I see it as a blessing that I got to be there. Alyssa says, ‘I think he was just waiting for you.’ We had a short time with a true angel. My heart is shattered. I wish I could have done more, spent more time with him, taken more pictures. I wish I could have hugged him longer. He was the most loving baby. I look at being his father as a great privilege. ”

Zen was the fourth of the actor’s children born in the last year-and-a-half, previously welcoming twins Zillion spirit Zion in June 2021 and his daughter Powerful in December 2020. Cannon also has 10-year-old twins Monroe spirit Moroccan and 4-year-old son Golden “Sagon. ”

For her part, this will be Brie’s first child. She was married to NFL star Johnny Manziel in 2018, but they recently finalized their divorce.

Wow! We guess congratulations are in order! Reactions to the potential baby news, Perezcious readers? Sound OFF in the comments (below)!