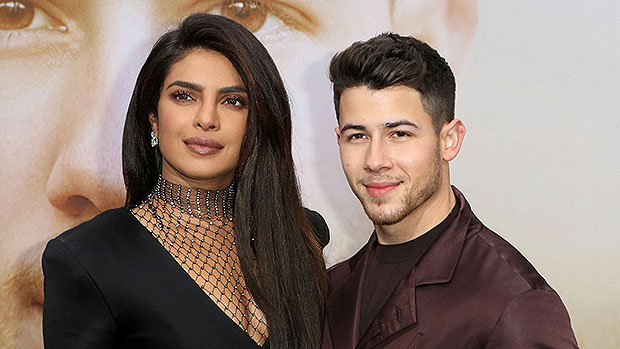 Nick Jonas spirit Priyanka Chopra announced the arrival of their baby girl via surrogate in January, and now, HollywoodLife can confirm her name: Malti Marie! TMZ was the first to report the news after claiming they obtained the birth certificate which stated both the newborn’s name and birth date.

According to the outlet, the baby’s full name is Malti Marie Chopra Jones and she was born on Jan. 15 at 8pm at a hospital in San Diego, California. It’s not clear just yet why the couple chose the name, although “Malti” generally means “small fragrant flower” or “moonlight” in Sanskrit, an ancient Indian language.

Priyanka notably posted to her Instagram following the birth, writing “We are overjoyed to confirm that we have welcomed a baby via surrogate. We respectfully ask for privacy during this special time as we focus on our family. Thank you so much. ”

The couple has definitely been enjoying their time as parents, keeping things pretty low-key as of late. They did, however, post an adorable pic for Easter over the weekend on April 17. Priyanka and Nick grabbed photos in front of a massive set of bunny ears and more while celebrating the holiday, also going out to lunch together and even enjoying Easter- themed cupcakes!

The couple did not post any photos of their baby girl on Easter, however, as they’ve been adamant about keeping their child out of the spotlight.

After their Easter celebrations, Priyanka and Nick took a walk on the beach together as Priyanka shared sweet photos and a video of her beachside stroll with her husband. “What dreams are made of,” she wrote on Instagram. Nick commented with a simple red heart.

Just a few weeks before Easter, the new parents also took part in Holi celebrations. “To be able to find some joy at a time when the world feels so scary is such a blessing. Happy holi everyone, ”Priyanka captioned her Instagram post of colorful celebrations for the ancient Hindu festival. “Thank you to our friends and family for playing holi like desi’s do! Feeling blessed, ”