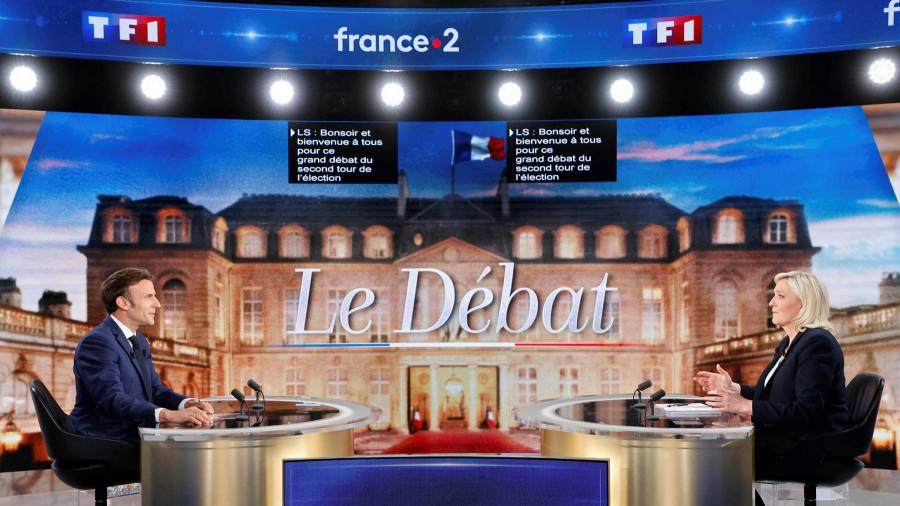 A fly-on-the-wall documentary about Emmanuel Macron’s victory in the 2017 French presidential election showed his campaign staffers punching the air and whooping with delight as they watched his televised debate against Marine Le Pen. The primetime duel – the highlight of every second-round run-off campaign – was a car crash for the far-right candidate while showing him to be smart, calm and well prepared for the job of president.

Aggressive from the start, a flustered Le Pen got her facts wrong as she went on the attack. She struggled to explain her flagship policy – since abandoned – or bringing back the franc while, somehow, keeping the euro. She lost her cool, and with it any hope of winning. It was, she later admitted, her “biggest failure” but also a “kick up the backside”.

Wednesday’s night rematch ahead of the second-round vote on Sunday was always going to be different. Le Pen has spent the past five years softening her image, sharpening her policies and learning her dossiers. Macron no longer needed to present his credentials but to defend his performance in office.

During two hours and 45 minutes of sometimes tense, sometimes soporific verbal combat, no knockout blows were delivered and no obvious winner emerged.

“We are much more disciplined than five years ago,” Macron said at one point. “Yes, it is true, you can see that we are getting older in fact,” Le Pen replied.

Ironically, given his incumbent status, it was Macron who was the more aggressive with his attempts to pick holes in his rival’s program. A master of detail, he repeatedly interrupted her, then sat back with his arms folded, despite the risk of looking condescending.

Several times he put Le Pen on the defensive, for example on her proposed tax cuts or plans to turn the EU into a more loosely integrated union of nation states. But on this occasion she was better prepared. Although according to a snap ELABE poll for BFM TV, 59 per cent of viewers found Macron more convincing, the far-right leader never lost her temper or even her poise. Many in her party will consider that an achievement.

Mindful of her excessive aggression in 2017, she was more restrained and moderate in her language, devoting a lot of time to explaining France’s problems and her policies rather than bashing her opponent. At one point she apologized for not using more “catastrophic” terms to describe the president’s record on law and order. She did a better job than her opponent of echoing the concerns of ordinary people, having focused her campaign on the cost of living crisis.

It was Macron who dealt with the sharpest blows. He accused Le Pen of being “dependent” on Vladimir Putin because of the loan her party took from a Russian bank in 2014. “You are talking to your banker when you are talking [with] the Russians, ”he said.

He warned that Le Pen’s proposal to ban the wearing of the Muslim headscarf would lead to “civil war” in France. “It makes no sense, it is not workable. What you are proposing is a betrayal of the republic. ”

Even with these attacks, Macron did not succeed in “re-toxifying” an opponent who has transformed her hardline image but is still vying to become the first far-right leader in France since the second world war.

One of the president’s allies said before the debate that the aim had not been to vilify Le Pen but to chip away at her credibility. Since the first round on April 10, Macron’s poll lead over his opponent for Sunday’s run-off has inched up as his rival’s candidacy has come under closer scrutiny. The debate will have helped Macron in that effort, but the race still looks uncomfortably close. 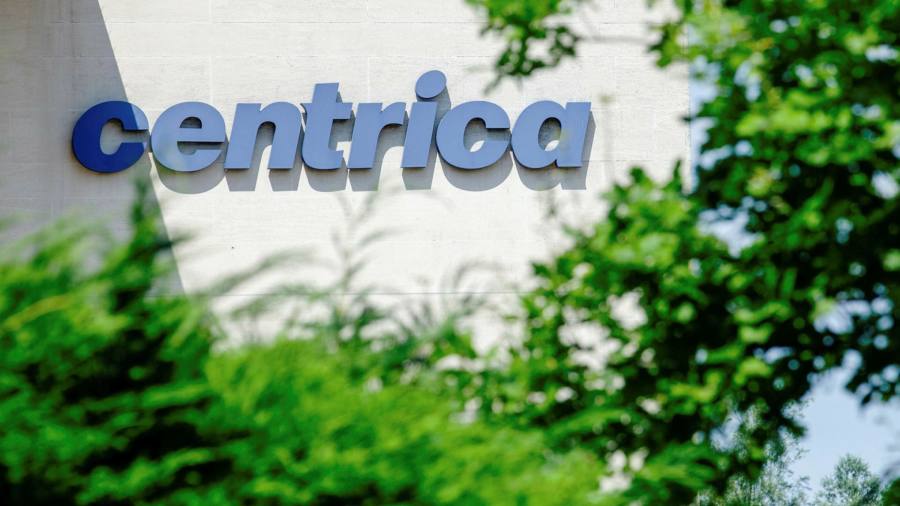 Leading shareholders in Centrica are calling on the British energy group to reinstate its dividend when it announces results next week, even though households are facing another steep jump in their energy bills.The company behind British Gas, the UK's biggest... 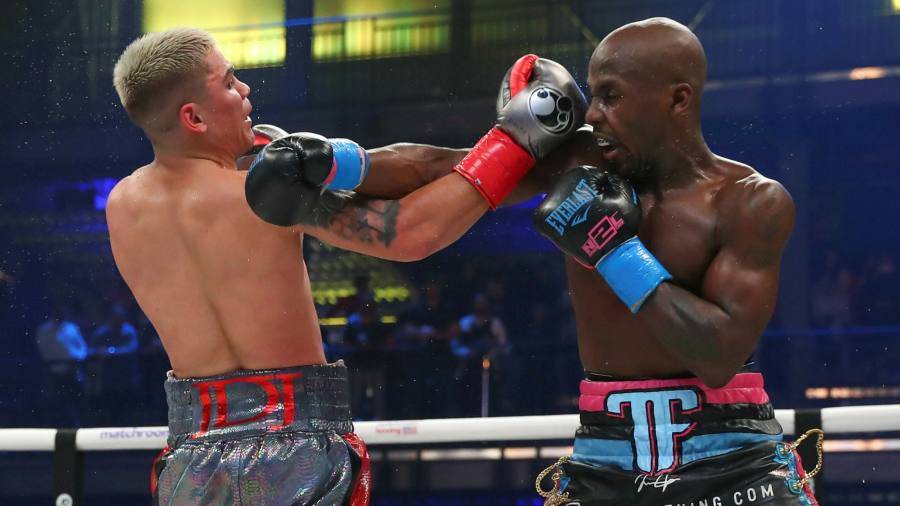 Billionaire investor Len Blavatnik is set to inject more capital into sports streaming platform DAZN, redoubling his commitment to the lossmaking group less than three months after wiping its debt, according to two people with knowledge of the matter.DAZN could...