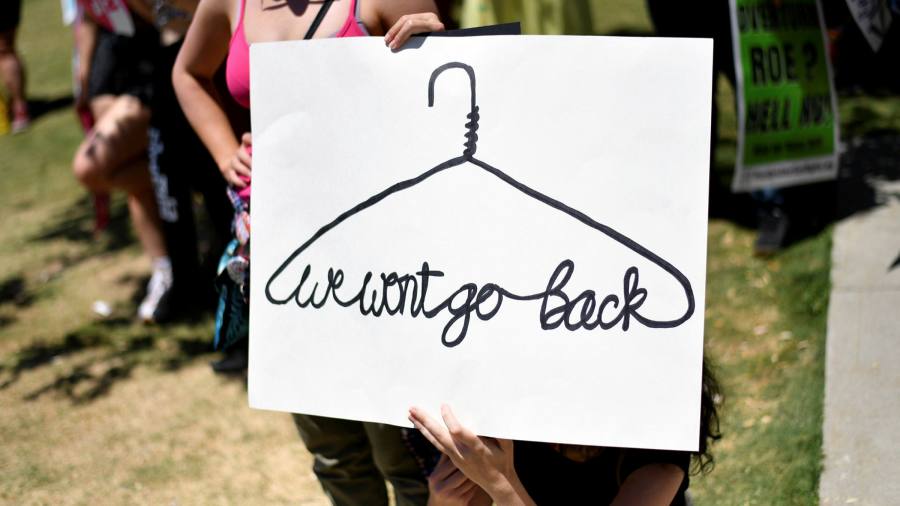 Abortion: it’s the debate that never goes away. And Roe vs Wade – the US Supreme Court’s landmark 1973 ruling that a woman’s right to choose to terminate her pregnancy is enshrined in the Constitution – must be one of the most fiercely stress-tested pieces of legislation ever.

Nearly 50 years on, and many challenges later, it finally seems likely to buckle under pressure: the leaking earlier this month of a draft opinion is widely expected to lead to a full revocation, and 26 American states (half the country) have already tabled legislation of their own, poised to create instant abortion bans if the higher court overturns Roe.

In fact conservative states seem to be in a strange sort of race to signal what they see as their virtue. The recent law in Texas, sidestepping Roe vs Wade by some legal fancy footwork, is a near-total ban and (even though polls show that Texans are pretty much evenly divided on the issue) seen as a triumph for the state in which the Roe vs Wade case actually originated. “Texas” said John Seago of Texas Right to Life, the state’s largest anti-abortion group, “feels an obligation to lead and be bold”.

‘We were ordinary women,’ recounts one now-gray-haired commentator, ‘trying to save women’s lives. But we were criminals. . . ‘

Earlier this month, just at this supercharged moment in the abortion wars, French director Audrey Diwan’s film based on Annie Ernaux’s memoir Happening opened in US cinemas – as if the country needed reminding (we all do) of the miseries of pre-Roe illegal abortion. Its US premiere at Sundance in January was in fact one of three movies at that festival which featured the same subject.

There was Call Jane, directed by Phyllis Nagy and starring Elizabeth Banks and Sigourney Weaver, telling the story of some unlikely radicals, Chicago housewives led by the redoubtable Heather Booth who, in the late 1960s, organized an underground network to provide support for thousands of desperate women seeking terminations . Even more on the nose will be HBO’s documentary version of the same story, The Janes – due out next month, around the time when the Supreme Court’s final decision is expected. “We were ordinary women,” recounts one now-gray-haired commentator, “trying to save women’s lives. But we were criminals. . . ”

Not all film depictions of abortion are horror stories, though the uncomplicated and guilt-free procedures which are, thank goodness, experienced by thousands of women today is not such obvious material for films and plays. One that used gentler wry comedy to tackle taboos around reproductive rights was 2019’s Saint Frances, which showed Bridget (played by Kelly O’Sullivan, who also wrote the film) as a thirtysomething experiencing medication abortion in a way that was thoughtful and unsentimental. Eliza Hittman’s Never Rarely Sometimes Alwayswhich won the Silver Bear at Berlin’s film festival in 2020 for its tale of two teenage girls taking a bus trip to New York in search of an anonymous termination, also coincided with tightening legislation against abortion in a number of US states.

Whether any of these deeply felt, beautiful, careful films will have any effect on the rows raging in the US – and increasingly elsewhere – is impossible to tell. Abortion, it’s been said, is the issue on which no one ever changes their mind. The anti-position, based as it usually is on religious or emotional grounds, is scarcely susceptible to rational argument, while those who support women’s choice and quality of life are unlikely to be swayed by the horror stories that can sometimes accompany any medical procedure.

In the documentary about the Jane network, its founder Heather Booth, a former civil-rights campaigner, is remarkable: balanced, unshouty but undaunted. It’s only sad that in her commitment to moral courage and the power of communal organization, her evocation of the bravery and steadfastness that prevailed for black voters in Mississippi, she sounds like a voice from the past. That sort of quiet reason might not have much sway against the brash new conservatism that fuels the anti-Roe vs Wade fever.

For me it’s endlessly grating that antiabortionists have colonized the “pro-life” phrase, as if only they cared about human existence. Especially since quite a number of them also support the death penalty: surely nothing very pro-life about that?

But there we are, at the nub of this debate – which is not really a debate at all, more a stand-off. Each side believes they have moral right at their back; each works from that belief. It’s a power struggle in human politics.

The truckers who keep our world moving

On the road across Europe, Horatio Clare battles bureaucracy, bad drivers and zealous police to deliver cargo to Ukraine

SMart, emotional: what science tells us about pigs