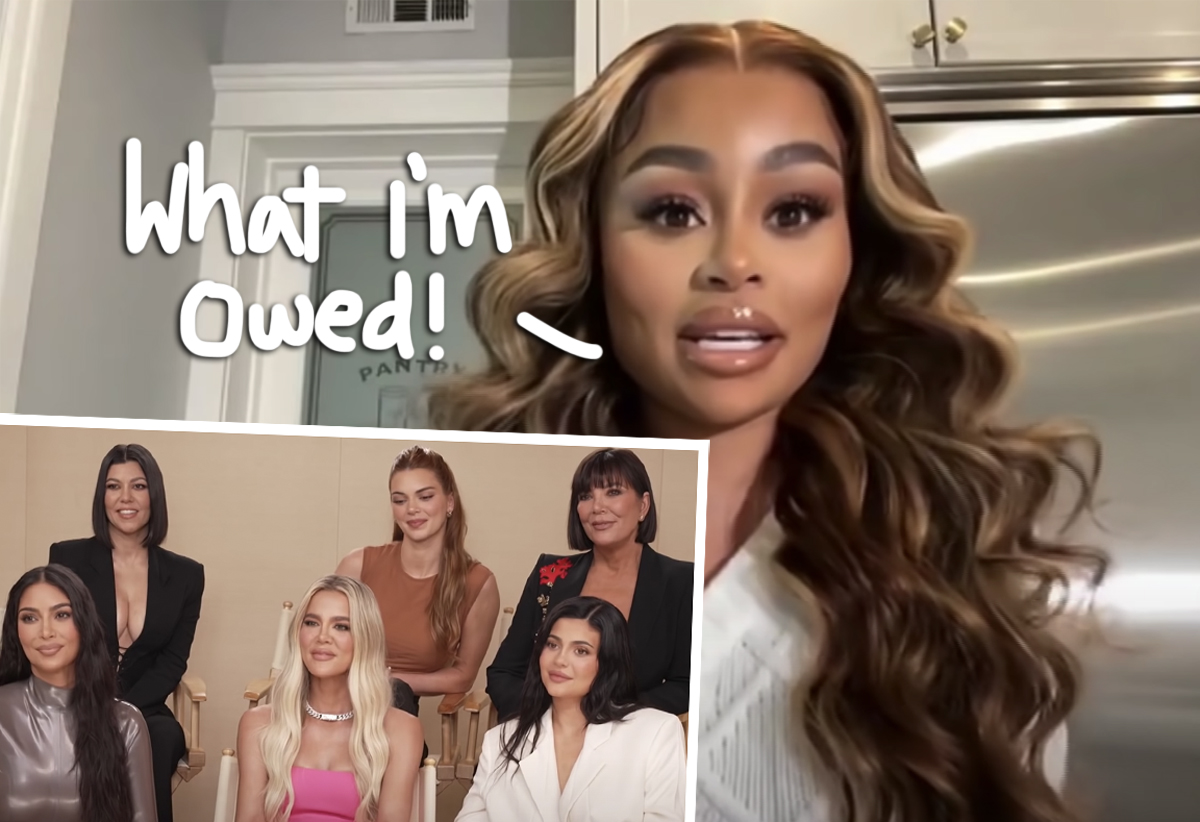 The social media star has poured her energy back into suing many of the Kardashians for allegedly getting her and her ex-fiancé Rob Kardashian‘s reality show Rob & Chyna canceled after just one season. She’s suing them for $ 300 million in damages – which seems incredibly steep until you learn her reasoning!

Related: How Rob Kardashian Is Ignoring The Drama With Blac Chyna As She Nears Trial With His Family!

According to new court documents obtained by Radar Online on Tuesday, the model was supposed to be earning a staggering $ 92,500 per episode during her second season E! series, which the network had allegedly already signed off on before Kim Kardashian, Kris Jenner, Khloé Kardashianand Kylie Jenner supposedly persuaded the company to cancel the series. The cancellation came shortly after Rob shared NSFW photos of Chyna without her consent on social media in 2017.

According to the latest filing, Rob & Chyna‘s second season was set to include 8 episodes, meaning the reality star lost out on a LOT of money! Late last week, the KarJenner’s asked the court to block Chyna from testifying on the details of her contract, but her attorney, Lynne Cianiis now fighting back, detailing in a motion:

“[Chyna] is fully competent to testify about the terms of the contract, ie her Talent Agreement with NBCUniversalof which she is personally aware, including the episodic rate of $ 92,500, that after Season 2 was approved by NBCUniversal she was guaranteed payment for eight episodes, and that she never signed or authorized an amendment to her Talent Agreement. ”

Related: Josh Peck Reveals How Much Money He REALLY Made For Drake & Josh!

The trial is set to take place on Friday, but, as to be expected, the KarJenner clan is fighting back hard. They have already requested that the OnlyFans star be barred from discussing their finances, something they think will impact the jury’s decision-making. According to the outlet, they wrote in a court filing submitted last week:

“[Chyna’s] sole purpose in referencing Defendants’ wealth and financial condition is to inflame and unduly prejudice the jury against Defendants. ”

They have also vehemently denied all claims against them and insisted that the 33-year-old is making plenty of money, specifically through her OnlyFans account. Thoughts?