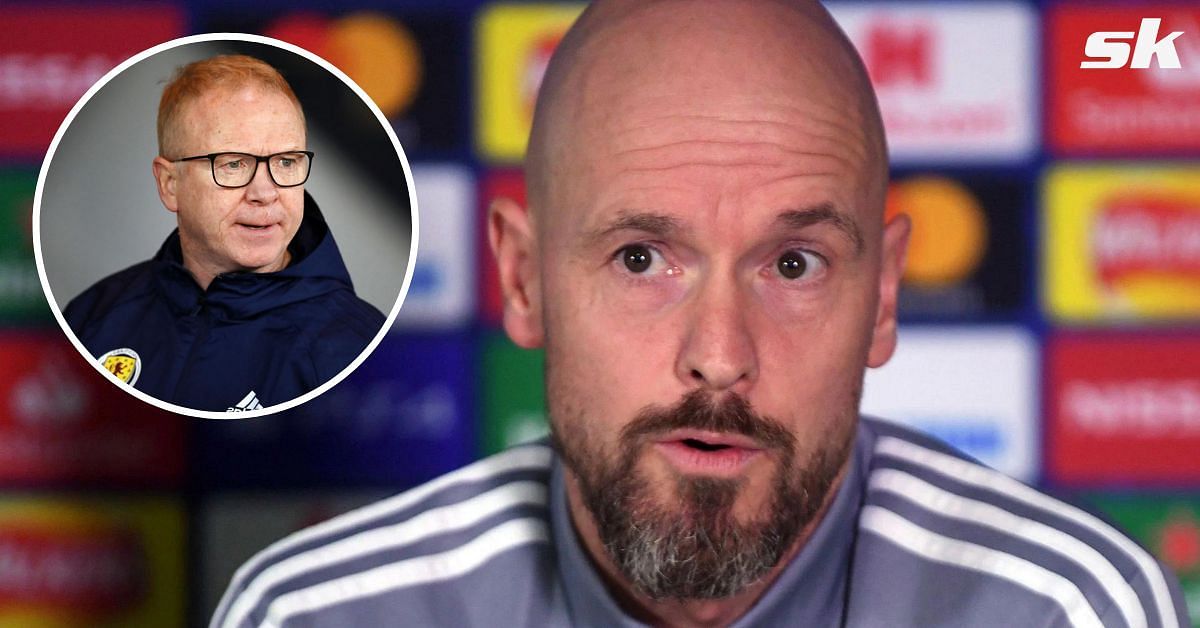 As per transfer expert Fabrizio Romano, the Red Devils are close to announcing Ten Hag as their new long-term manager. The Dutch coach is expected to join at the end of the season and will certainly have a big say on player signings and other major decisions.

Manchester United have had a tough season, going trophyless for the fifth consecutive season. They look likely to miss out on Champions League football next season as well. They are seventh in the Premier League, six points off fourth-placed Tottenham Hotspur.

Speaking to Football Insider, McLeish claimed that Ten Hag will have to disrupt the regular XI and will be hoping to bring about quick change. He said:

“He has to find a formula that suits those players. He’s going to want to bring in and stamp his personality on that team. It’s not as if I can second guess what he has to do. He just has to get a Man United team who win every week. ”

“He will not want to do that without putting his imprint on it. That is getting his players in, reducing the squad and getting some money in. I certainly think that he will probably be disrupting the regular XI, the status quo.

Manchester United are working to prepare contracts & paperworks this week in order to announce Erik ten Hag appointment as soon as possible. Sources close to the manager consider it as a matter of time. 🤝 #MUFC

Final details of coaching staff & agreement with Ajax are needed.

Manchester United are working to prepare contracts & paperworks this week in order to announce Erik ten Hag appointment as soon as possible. Sources close to the manager consider it as a matter of time. 🔴🤝 #MUFC Final details of coaching staff & agreement with Ajax are needed. https://t.co/sB17hldE75

McLeish believes the Ajax manager will have “a lot of work to do” at the club and that United need a major rebuild. He said:

“He’s got a lot of work to do. I think there will be a massive rebuild. The problem is there has to be an instant massive rebuild. When you’ve got good players, you’ve got a chance. The players they have , yes, I’m sure some of them will make the cut, but not all of them are at the level they should be. “

Can Erik Ten Hag be expected to make immediate change at Manchester United?

Manchester United have been one of the biggest clubs in world football, at least before the past few years. Considering the amount of pressure surrounding the managerial job at Old Trafford, Ten Hag might initially struggle to keep up with expectations. The past few years have shown that it does not take too many bad results to bring about a sense of crisis at United.

The squad still has a plethora of world-class players and some youngsters who could be important for Manchester United in the coming time. The likes of Amad Diallo, James Garner and Anthony Elanga have shown promise at the club or on their respective loan spells. Even players such as Tahith Chong, Dylan Levitt and Axel Tuanzebe can be expected to all be a part of the first team next season.

Manchester United are prepared to hold direct talks with Ajax to complete the appointment of Erik ten Hag as new manager. The relationship is excellent – € 2m clause is not gonna be an issue. 🔴⌛️ #MUFC Ajax board knows ten Hag has already accepted Man Utd contract conditions. https://t.co/O9UOzeNmPT

Additionally, Bruno Fernandes, Jadon Sancho, Scott McTominay and David De Gea can all be expected to stay. However, Ten Hag will want to bring about large-scale changes. Most other senior stars like Cristiano Ronaldo, Edinson Cavani, Juan Mata, etc. might end up leaving for one reason or another.

For most fans, the change will be worth it if Manchester United can somehow get back on the right track starting next campaign.