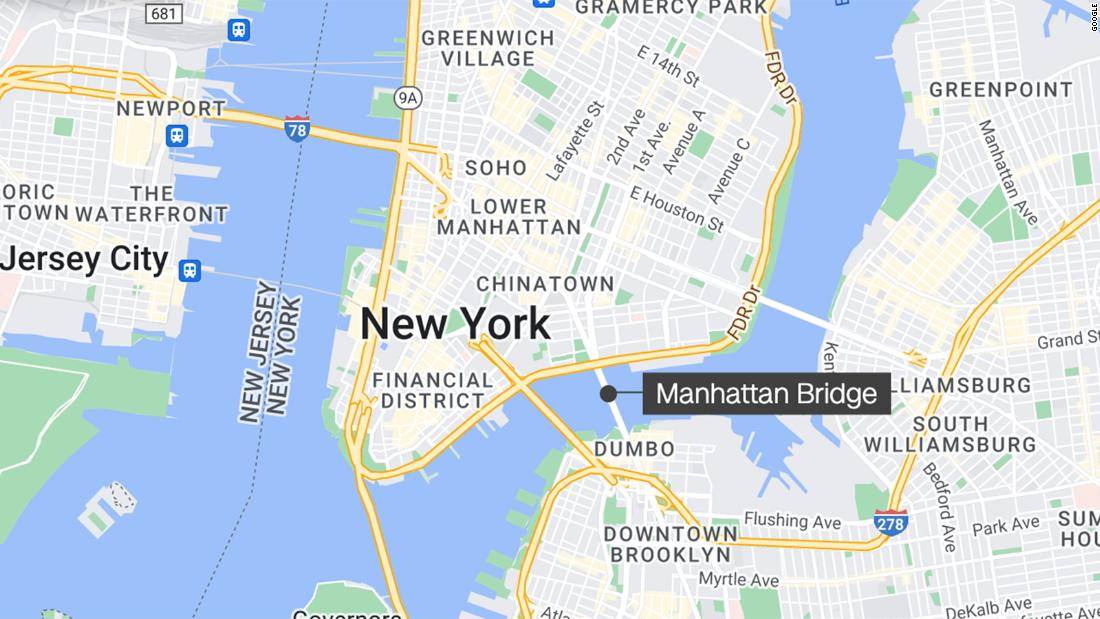 The victim was seated in the last car of a Manhattan-bound “Q” line train, NYPD Chief of Department Kenneth Corey said at a news conference Sunday afternoon. The NYPD later identified him as Daniel Enriquez, 48, of Brooklyn.

Officers responded to a report of a person shot at the Canal Street station in Lower Manhattan at approximately 11:42 am and upon arrival, Enriquez was found with a gunshot wound to his torso. First responders rendered aid and transported him to Bellevue Hospital, where he died of his injuries, Corey said.

Enriquez was shot in the chest at some point while the train car was traveling on the Manhattan Bridge from the last stop in Brooklyn into Canal Street, according to a law enforcement official.

The shooting suspect, who fled the train when it arrived at the Canal St. station, remains at large and no arrests have yet been made. Corey described the suspect as a “dark-skinned male who is heavyset with a beard” who was last seen wearing a dark-colored hooded sweatshirt, gray sweatpants, and white sneakers.

While there were other people in the same train car, Enriquez was the only person who was injured, Corey said.

Witnesses told NYPD investigators the shooting suspect was walking back and forth in the same train car and “without provocation, pulled out a gun and fired it at Enriquez at close range as the train was crossing the Manhattan bridge,” Corey said.

Investigators are looking at surveillance video and witnesses are being interviewed, but Corey asked members of the public to call the NYPD with any relevant information.

The shooter and the victim had no interaction on the train before the shooting, and it appeared there was no dispute, a law enforcement official with knowledge of the investigation told CNN.

When the doors opened at Canal street, the shooter ran out of the subway car and out of the station, the official said.

CNN’s Natalie Andes and Liam Reilly contributed to this report.