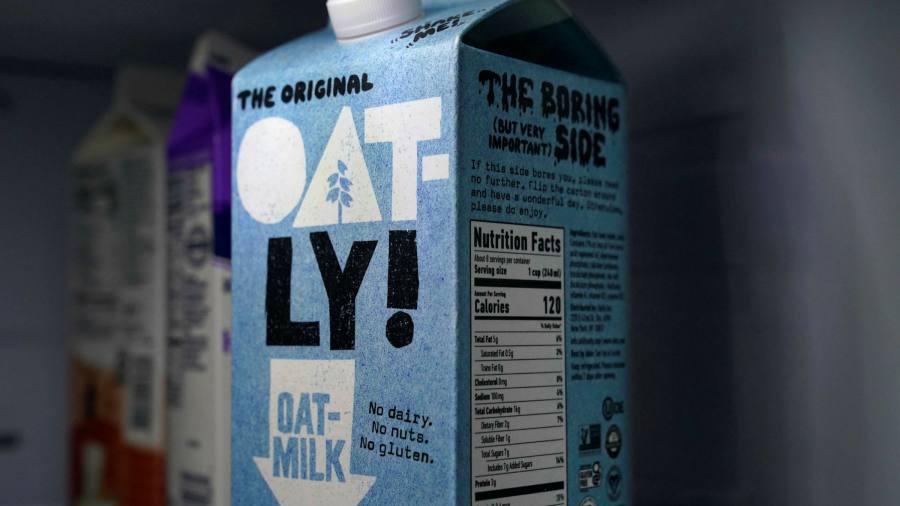 Oatly has poached a veteran Mars executive to take on the new role of global president as the Swedish oat milk maker seeks to regain momentum after production problems and a precipitous fall in its share price.

Jean-Christophe Flatin, a Mars employee of 30 years who most recently served as president for science, innovation and technology at the confectionery group, will join Oatly at the start of June.

His appointment, together with that of former Danone executive Daniel Ordonez as chief operating officer, aims to help the group expand internationally, launch new products and “sharpen. . . its supply chain and manufacturing processes ”, the Malmö-based company said on Thursday.

The consumer goods heavyweights add to the leadership of Toni Petersson, a former nightclub owner and serial start-up founder who has run the company for almost a decade.

Oatly’s performance has faltered since then, however. While it pushed up revenues by more than 50 per cent in 2021 from a year earlier, it has been dogged by production problems at a new site in Ogden, Utah, and lost market share in the US to rival Planet Oat.

Shortages of its products emerged in stores and cafes including Starbucks, and the lossmaking group’s share price has declined more than 80 per cent since its initial public offering on New York’s Nasdaq exchange in May last year.

Petersson said the new hires’ “proven track record of driving growth and profitability at multinational consumer packaged goods companies will be valuable to Oatly as we continue to scale production to meet the growing demand for our products”.

Petersson said in March that Oatly would continue to pursue expansion rather than profitability as it seeks to convert more milk drinkers globally to the plant-based alternative. It also makes ice cream, “oatgurts” and frozen novelties and is researching vegan cheese.

The group plans to push up its prices as it contends with rising costs for commodities including oats. It said in March that it expected oat prices to increase between 8 and 50 per cent, with the Americas at the higher end of that range.