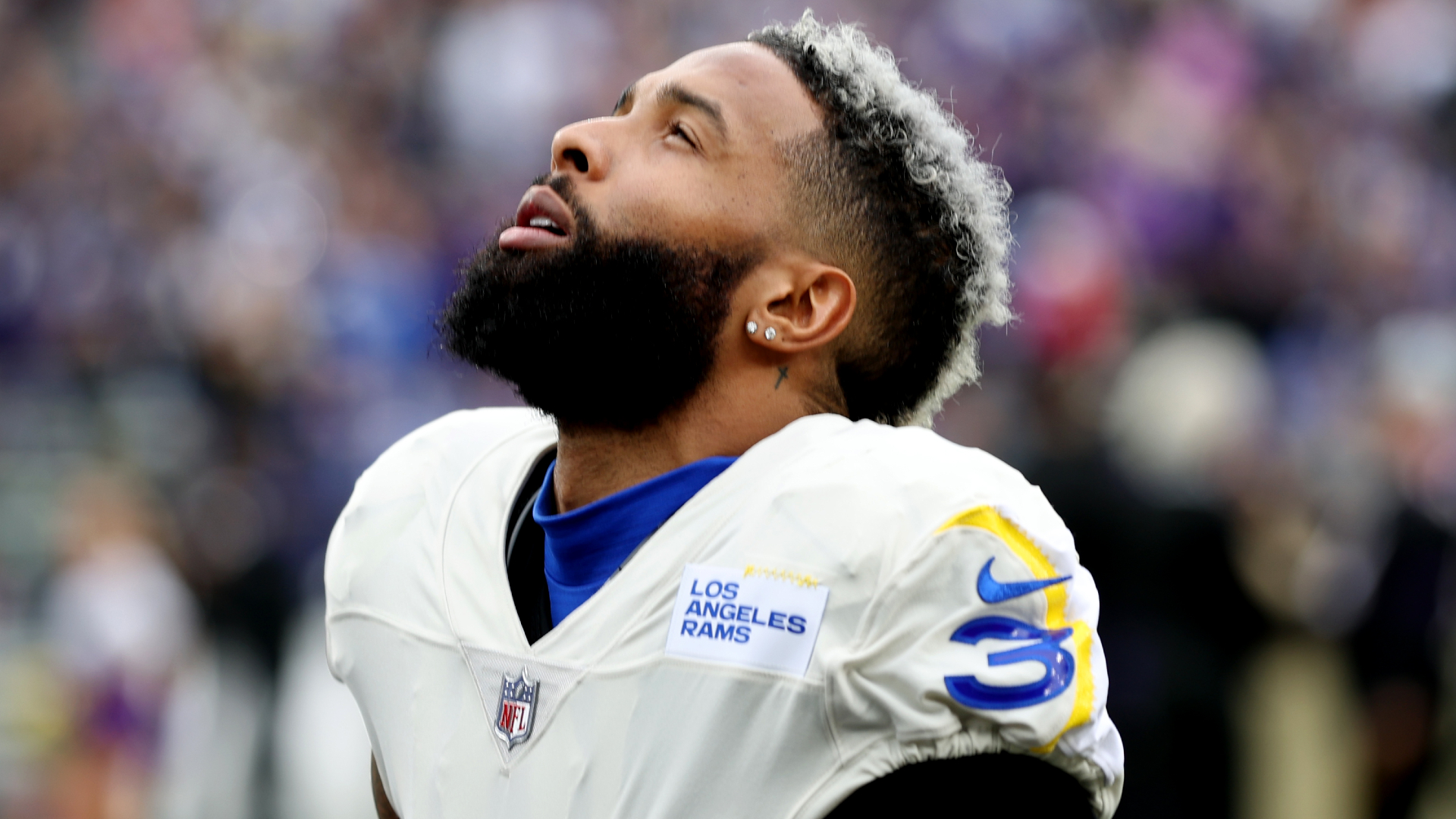 After being selected by the Giants with the No. 12 pick in the 2014 NFL Draft, Odell Beckham Jr. did not waste any time showing just how special he could be.

While no one should question Beckham’s talent and productivity in the right environment, he has also found his name in headlines for, uh, other things. During stints with the Giants, Browns and Rams, he has been no stranger to controversy.

Here’s a closer look at some of the most infamous incidents from Beckham’s NFL career.

December 2015 – Beckham’s individual rivalry with Panthers cornerback Josh Norman turned ugly, as the two stars took shots at each other and were flagged for unnecessary roughness penalties multiple times throughout a Week 15 game. Beckham was suspended for one game after delivering a dangerous helmet-to-helmet hit on Norman.

September 2016 – During a Week 3 game against the Washington Football Team, Beckham got into a fight with a kicking net – and lost.

October 2016 – Later in the season, Beckham made amends with the net, giving it a kiss after catching a touchdown pass against the Packers.

He then took the bit a step further, proposing to the kicking net after a game-winning touchdown catch against the Ravens. (The net gave Beckham the response he wanted, apparently.)

January 2017 – Ah yes, the infamous boat photo. Ahead of the Giants’ wild-card matchup against the Packers, Beckham and a few of his New York teammates took a trip to Miami. The Giants lost to the Packers, and they have not reached the playoffs since the photo below hit social media.

September 2017 – Another Beckham touchdown celebration made waves in the Giants’ Week 3 game against the Eagles, as he walked on all fours and lifted his leg to mimic a dog urinating on the field. He later explained that the celebration was a response to President Donald Trump calling protesting NFL players “sons of bitches.”

March 2018 – A viral video showed Beckham in Paris with a model and what appeared to be a white substance. One team interested in potentially acquiring Beckham hired a private investigator to track him and look into the drug rumors, according to ESPN’s Seth Wickersham, but the investigator’s report “set off no alarms.”

March 2019 – The Giants traded Beckham and Olivier Vernon to the Browns in exchange for Jabrill Peppers, Kevin Zeitler and a first- and third-round pick in the 2019 NFL Draft.

September 2019 – In his Browns debut, Beckham grabbed the attention of the NFL world not for his play, but rather his apparel. During the Week 1 contest against the Titans, he was seen wearing a Richard Mille watch valued at nearly $ 190,000. That marked the start of several uniform-related issues throughout the season.

September 2019 – In a Week 4 battle against the Ravens, Beckham got into a scuffle with Marlon Humphrey. The Baltimore cornerback argued Beckham should have been ejected for throwing a punch, but Cleveland coach Freddie Kitchens believed Humphrey was trying to choke the wideout.

December 2019 – Beckham was seen on the sideline arguing with Kitchens during a Week 16 loss to the Ravens. After the game, Beckham said he was upset with the officials, not Kitchens, because he got hit with an unsportsmanlike conduct penalty for a touchdown celebration he had done throughout the season. The Browns fired Kitchens after the team finished 6-10.

January 2020 – After watching LSU win the College Football Playoff national championship, Beckham appeared to hand large amounts of cash to Tigers players on the field. He reportedly received a two-year ban from school facilities as part of LSUs self-imposed penalties.

January 2020 – In addition to the postgame money scandal, Beckham faced a simple battery charge after he was seen on video slapping the butt of a police officer in LSU’s locker room. Beckham’s attorney later said the arrest warrant had been rescinded, as the officer no longer wanted to pursue the case.

November 2021 – Beckham was excused from practice, leading to more questions about his status in Cleveland. After both sides agreed to part ways, the Browns placed Beckham on waivers on Nov. 8.

January 2022 – During the Rams’ Week 17 contest against the Ravens, Beckham punched Chuck Clark in the butt after the Baltimore safety picked off a Matthew Stafford pass. Beckham was not flagged on the play.

January 2022 – Beckham was randomly drug tested following the Rams’ wild-card victory over the Cardinals, but he did not feel the procedure was all that random. He tweeted that he had been getting tested more often since finding success in Los Angeles. He had previously complained about how frequently he had been tested while playing for the Giants and Browns.

Lolololol bro it’s been for the last 3 years… .. obviously more since I’ve been a Ram