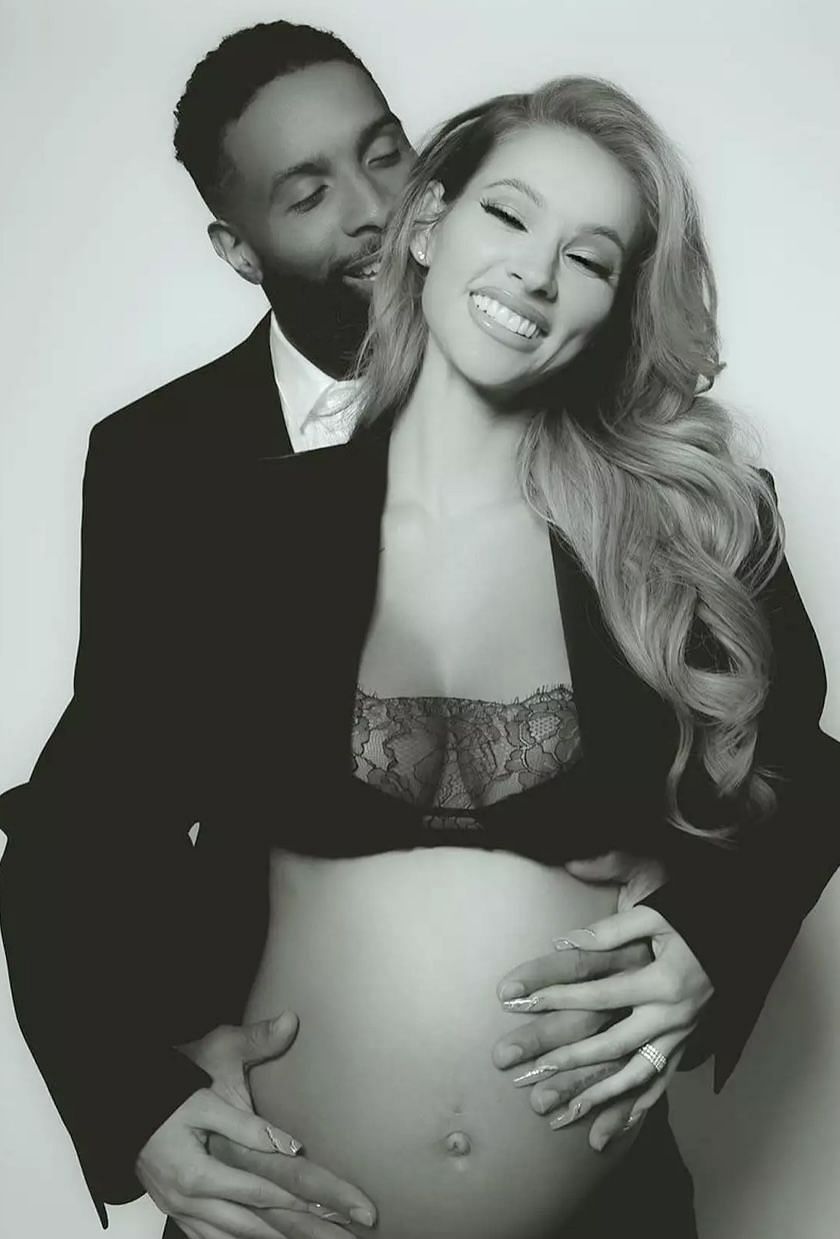 Odell Beckham Jr. and girlfriend Lauren Woods are expecting their first child, and the little bundle of joy is scheduled to arrive any day now. Some players may decide to play in what could be their one and only Super Bowl game, rather than being there to witness the birth of their child, but OBJ does not seem to be one of those guys. When asked about the possibility of his child being born on Sunday during the Super Bowl, he described his status as being “on watch.”

.@obj and Lauren Wood are expecting to welcome their first child

.@obj and Lauren Wood are expecting to welcome their first child ❤️ https://t.co/yINOx57B6q

Whether you are a fan of the Rams or not, you can not blame OBJ for wanting to witness the birth of his first child. Despite being labeled a diva in the NFL, Beckham seems to have matured during his time in LA. The former New York Giants and Cleveland Browns star has been known to be a cancer in the media and has had his issues as a team player. The Rams signed him in November after the Browns cut him after Beckham’s father smeared the team on social media for abusing his son. Beckham was signed right as Robert Woods suffered a season-ending injury, which opened up a major role for OBJ on the team.

Through eight games, OBJ had 27 catches for 305 yards and five touchdowns. In the playoffs, he has 19 catches for 236 yards and a touchdown in three games. Cooper Kupp is the reigning Offensive Player of the Year, but the Rams are banking on having OBJ on the field against the Cincinnati Bengals in the 2022 Super Bowl.

If his child is born early in the day, Odell Beckham Jr. has a chance to make it to the game in the evening. However, there is a strong possibility Lauren could go into labor on Sunday evening, forcing him to make a tough decision. It seems he would forgo playing in the biggest game of the year, which is part of being a parent. If you are planning on placing some prop bets on Super Bowl 2022, it may be wise to avoid any prop bets involving OBJ. There should be a better sense of his status for the game sometime Sunday afternoon.