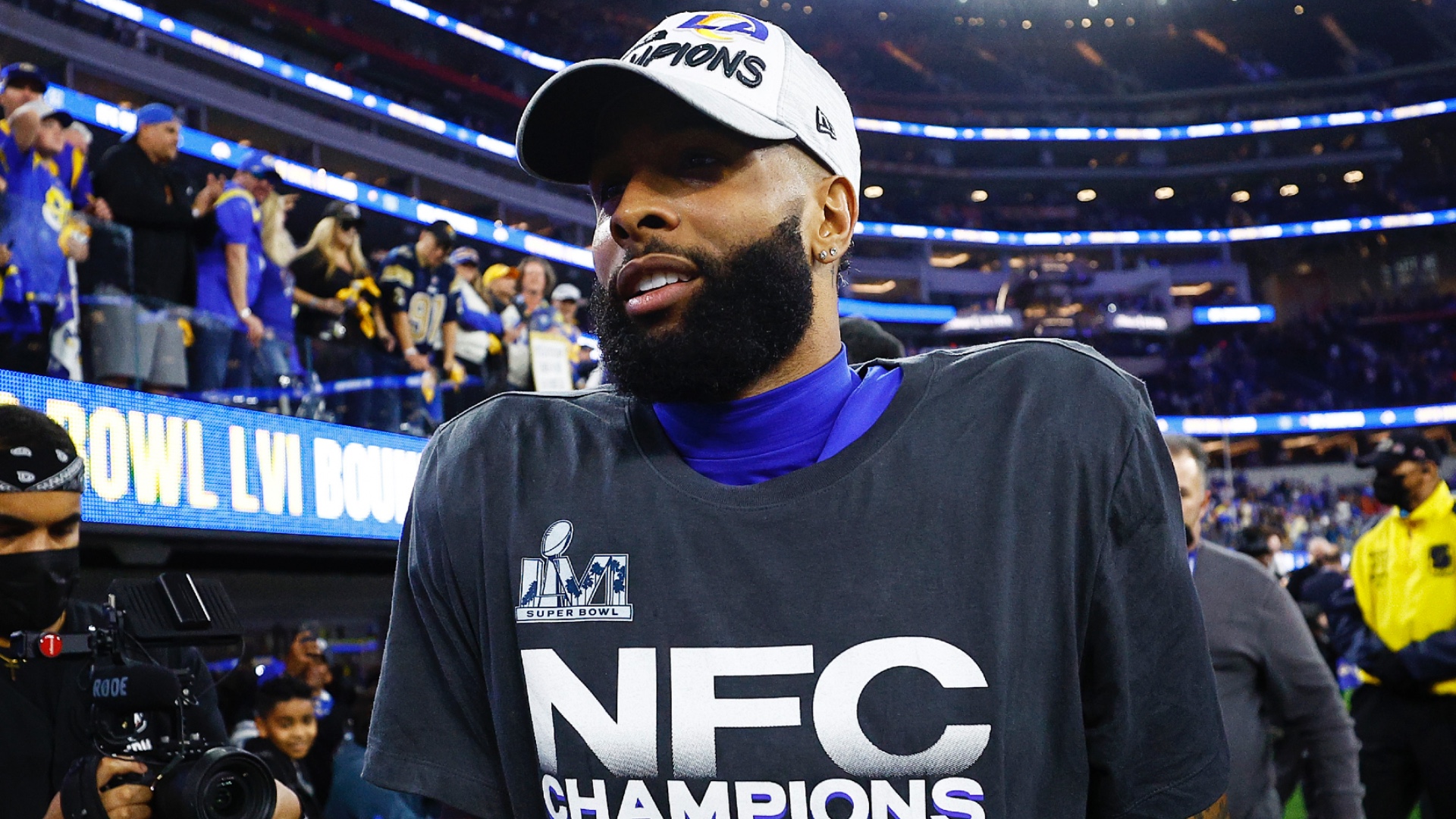 While SoFi Stadium erupted in celebration for the Rams 20-17 win over the 49ers in the NFC Championship, 49ers star wide receiver Deebo Samuel cried on the bench.

His historic season was now over.

Through all the blue and yellow confetti, Rams wide receiver Odell Beckham Jr. found the 49ers standout to console him. Their moment was caught on the Fox broadcast as Beckham Jr. embraced the teary-eyed Samuel with a towel over his head.

It was a “game recognizes game” moment between the two star wide receivers. Beckham Jr. knows what it’s like to not make the Super Bowl after having a good season. This is only the second year of his career in which Beckham Jr. has competed in playoff games (the first being 2016 with the Giants, and they lost in the wild-card round). Ironically, 2016 marks Beckham Jr.’s third season as this is Samuel’s third season.

Deebo Samuel left everything out there and had one of the greatest seasons in NFL history. We’ll all be watching him star for years to come. pic.twitter.com/hsYAqz35iJ

In only his third season, Samuel completed his best professional season so far. Samuel finished his 2021-22 season with 1,405 receiving yards, 365 rushing yards and 14 total touchdowns.