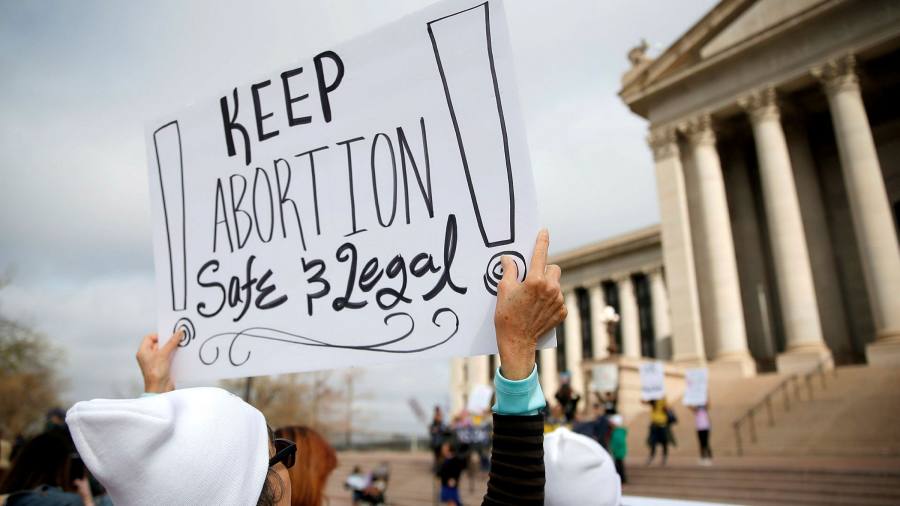 Oklahoma has passed a bill prohibiting abortion in almost every instance, the most restrictive measure yet in a wave of laws from US states to place significant obstacles on the procedure.

The bill passed by the House of Representatives in the Republican-led state on Tuesday would make it a felony to perform abortions except in cases of life-threatening medical emergencies, with punishments including fines of up to $ 100,000 and imprisonment of up to 10 years.

Kevin Stitt, governor of Oklahoma, is widely expected to sign the bill. “I promised Oklahomans I would sign every piece of pro-life legislation that came across my desk,” he said wrote on Twitter last year. If enacted, the ban would take effect in August.

A number of US states have passed abortion restrictions in recent months, as more conservative legislatures become emboldened by the anti-abortion movement’s momentum. The conservative-leaning US Supreme Court is also considering a case in which it has been asked to overturn the landmark Roe vs Wade decision that legalized the procedure across the country.

Oklahoma’s legislature has been weighing several bills to tighten access to abortion, including one similar to a statute passed by neighboring Texas that would authorize private citizens to sue for facilitating an abortion.

Pro-abortion activists had argued that the measures would virtually eliminate abortion services in Oklahoma.

“Oklahoma is facing an abortion access crisis that poses an immediate threat to our community’s health and reproductive freedom,” said Tamya Cox-Touré, executive director at ACLU Oklahoma in a statement. “Our state politicians are gearing up for a future without the protections of Roe vs. Wade, advancing nine anti-abortion restrictions in 2022 alone.”

Oklahoma’s ban could cut off access to abortion services in a region where laws such as the one in Texas – which prohibits abortions as early as six weeks into a pregnancy – have already forced women to seek treatment across state borders. 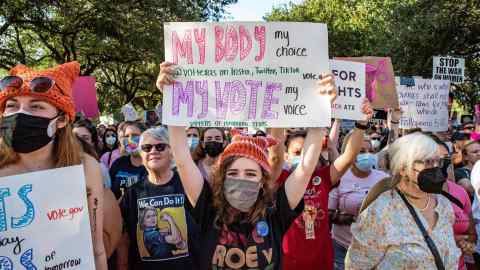 Between September and December of last year, 5,574 women traveled from Texas to abortion clinics in seven nearby states, often undertaking emotionally grueling, lengthy and expensive journeys by car or plane, according to researchers at the University of Texas. This compares with 514 women in the same period in 2019, the most recent pre-pandemic year.

According to Planned Parenthood, the number of Texas abortion patients at its health centers in bordering Oklahoma jumped almost 2,500 per cent from September to December 2021 compared with the previous year.

The Supreme Court is set to rule by June or July on a pivotal case that could result in Roe vs Wade being overturned or substantially weakened. If the court sides with Republican-led Mississippi, almost half of states would be poised to outlaw abortion owing to statutes that contain so-called trigger laws, which automatically come into force if Roe is overturned, according to the Center for Reproductive Rights.