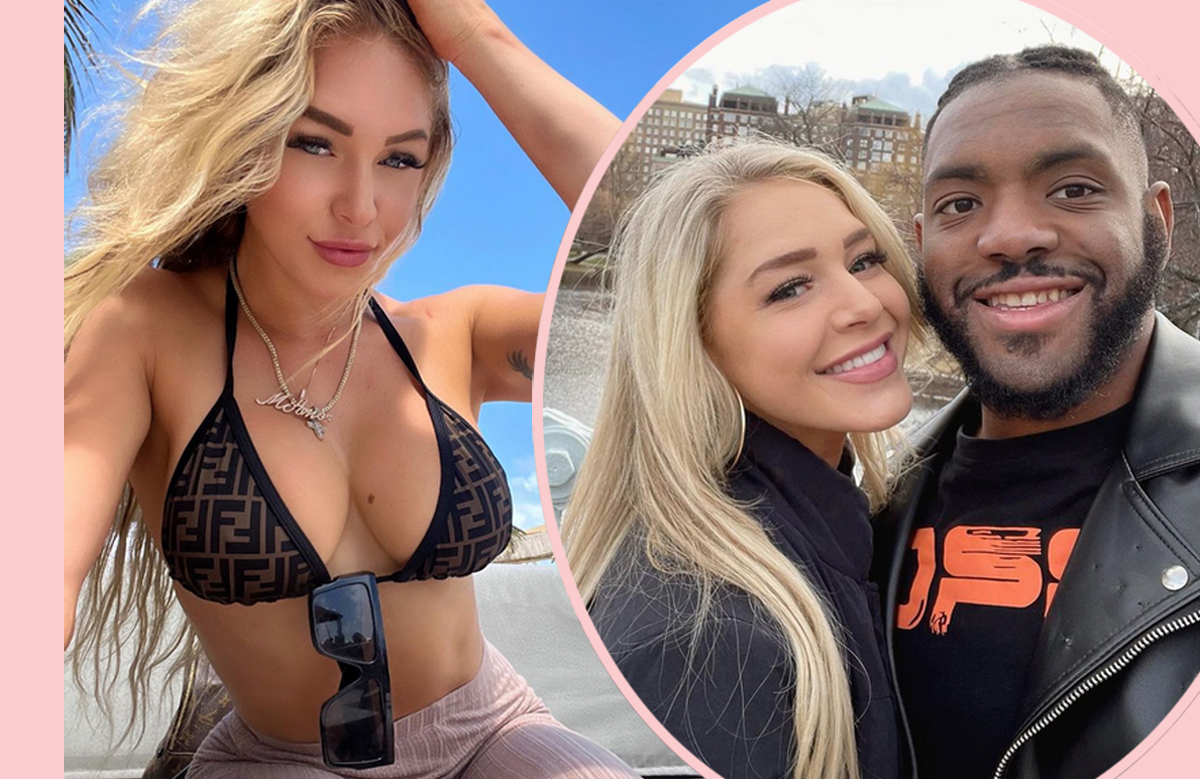 An OnlyFans star has found herself at the center of controversy after allegedly stabbing her boyfriend to death during a physical altercation.

According to TMZ, cops responded to a 9-1-1 call on Sunday evening about a domestic violence incident involving a stabbing in Miami, Florida. When they arrived at a luxury apartment building at about 5 pm, they discovered a 27-year-old male, had suffered a knife wound. The young man, identified as Christian Tobechukwu Obumseliwas rushed to the hospital where he ultimately succumbed to his injuries.

Related: Son’s Body Still Missing After Being Lost In Mail 3 Years Ago

In a shocking video released by the outlet, the apparent suspect can be seen immediately following the incident covered in blood. She has been identified as a model Courtney TailorChristian’s girlfriend, according to his family (though the police have yet to confirm her identity to the public). The Sun. added that she was reportedly the one to call the cops herself after the incident turned violent.

In the clip, Tailor, born Courtney Clenney (who you may recognize from G-Eazy‘s music video Me, Myself & I) was spotted in sweatpants and a black bra sitting on the floor while talking to police. You can take a look (below).

According to a witness at the One Paraiso apartment building who spoke with local source Because Miami, the couple had a history of arguing. One person shared of the alleged crime scene (though we should note that some of the details do not match up to what police have shared thus far):

“There was blood all over the valet and he was bleeding out next to $ 300k Rolls Royce SUVs. This was a bloody murder with loud screams and blood everywhere. ”

“She called police at least 7x in the last month.”

Witness: “There was blood all over the valet and he was bleeding out next to $ 300k Rolls Royce SUVs. This was a bloody murder with loud screams and blood everywhere. ” Neighbors say they have a long history of domestic violence: “She called police at least 7x in the last month.” pic.twitter.com/UwP65j0E9d

The 25-year-old has made many appearances on Christian’s Instagram prior to this, dating back to early December 2020. Check a few out:

Little information is known about what happened leading up to the attack. The couple reportedly lived together. According to one of the deceased’s cousins ​​who spoke to The Sun.the “devastated” family has been given some information surrounding his death, but they are “still trying to understand everything.”

One important detail: the OnlyFans star has not been arrested… yet. TMZ reports that she was taken to the police department for questioning and reportedly threatened to kill herself. She was quickly put on a psychiatric hold at a mental health facility. It remains unclear when she will be released and what charges she will face. The investigation is ongoing.

The Miami Police Department released an official statement about the case on Thursday (below):

Please see our official statement regarding a domestic violence incident that took place on Sunday 4/3/22. pic.twitter.com/FjuoUkgWgh

Seems there is a long legal battle ahead, too, as Christian’s family prepares to fight for justice.

A GoFundMe page has been set up by Obumseli’s family to help with funeral arrangements as well as attorney fees and other funds needed to prepare to take legal action. Describing what happened, the fundraiser wrote:

“It is unconscionable to make sense of our new reality. That someone’s selfish act ripped Christian away from this world. It is not enough to say we are shocked and hurting – We are utterly devastated. His murder leaves many unanswered questions and creates a void that can never be fixed or filled. Not even with time. ”

Christian, who was just one week away from his 28th birthday, was also mourned as a “compassionate” person, as the page continued:

“Christian was extremely compassionate with a desire always to uplift those around him. He did not deserve for his life to be cut short by a heinous act of violence. We will never forget his infectious smile that could light up any room or his caring spirit. He will forever be remembered by his grandmother, mother, father, brother, extended family and friends. ”

So sad… Those who wish to donate can check out the fundraiser HERE. What a tragic loss.