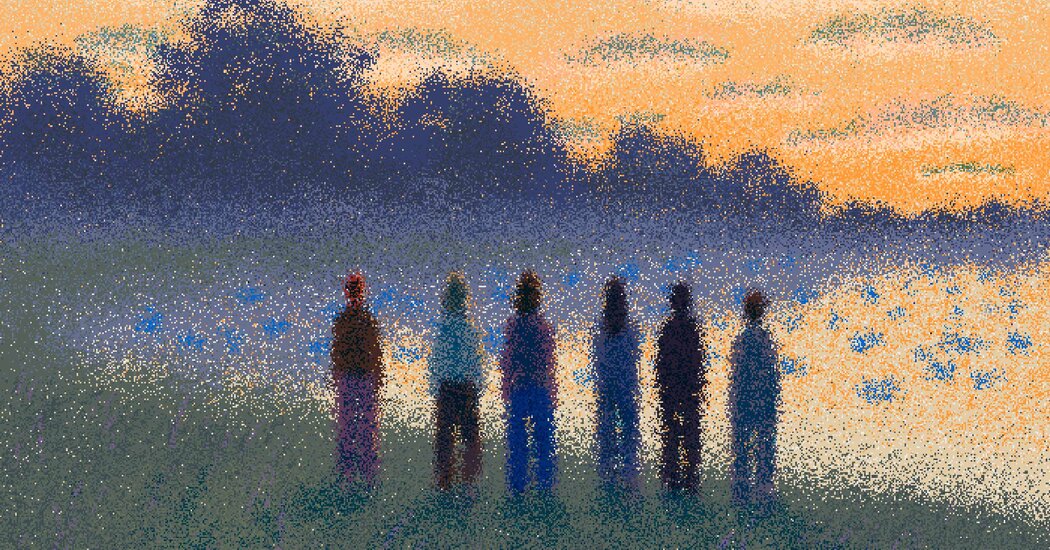 In early December 2020, the first vaccines were administered in the United States. I remember sitting at my computer screen last June, tears streaming down my face in joy, as I watched Lin-Manuel Miranda and Jimmy Fallon (with loads of other Broadway stars) announce, through song, the reopening of Broadway in front of a live audience on “The Tonight Show.” I’m not even going to be near Broadway any time soon, but the hope Miranda offered that night felt palpable and triumphant.

But since then, we’ve seen major Covid variants sweep America and still more deaths. There are even now about one in six Americans who medically can get vaccinated who say they will “definitely” not get the vaccine, which continues to drive up death rates. I feel suspended in midair – flailing between Lin-Manuel Miranda’s reassuring smile and the horror of death upon death.

Part of the nature of loss on this scale is that it has affected all of us differently. There are those whose lives have mostly returned to normal with in-person work, church and school. But those who have lost beloved family members and close friends are still in the midst of deep grief, which cannot and should not be rushed.

This asymmetry is painful. I recall the day after my father died – I was walking through a busy airport and feeling it was somehow impossible that the people around me just kept going with their ordinary days. How can the world keep chugging along when my own world had been shattered? It feels horribly wrong.

Covid will probably be with us in some form for thousands of years. America is slowly learning to live with this new disease. But to move forward, we must find collective ways, as a nation, as cities, as churches and as communities to grieve across the country and across the aisle, without it immediately becoming a moment for political strife. This may be too much to ask of our nation, as things stand now, but I think we need it anyway.

We need an official national day of mourning and reflection in response to Covid-19. We need places of worship and civic organizations of all stripes to join in with services of memorial and lament, moments of silence, or ceremonies of remembrance. We, as a people, are tired. We are broken. We have shouldered much grief. There needs to be ritualized and intentional space to acknowledge this together.