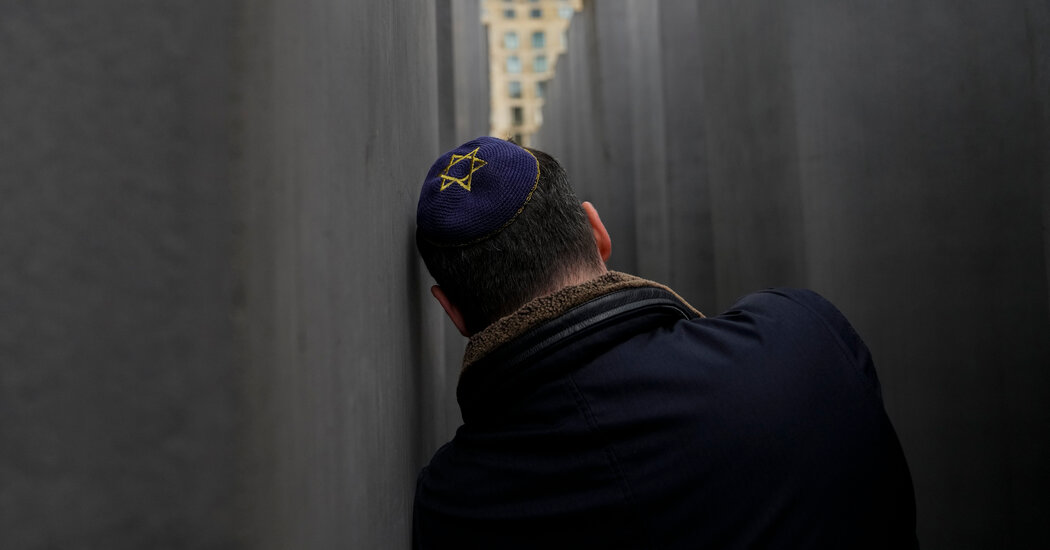 It’s a mistake to associate all of these 345 incidents with the left; 68 were “propaganda efforts by white supremacist groups to foment anti-Israel and antisemitic beliefs.” More broadly, right-wing extremism was behind 484 of all antisemitic incidents in the US last year, 18 percent of the total.

The radicalization of the Republican Party has helped white nationalism flourish. Antisemitism started increasing in 2015, when Donald Trump came on the political scene and electrified the far right, then spiked during his administration. Trump is now gone, but the Republican Party has grown more hospitable than ever to cranks and zealots. Two Republican members of Congress, Marjorie Taylor Greene and Paul Gosar, spoke at a white nationalist conference this year.

The antisemitism of the QAnon conspiracy theory – always latent in its fantasies of elite blood-drinking cabals – has also become much more open. As the ADL has reported, one of the most popular QAnon influencers, GhostEzra, “is an open Nazi who praises Hitler, admires the Third Reich and decries the supposedly treacherous nature of Jews.”

But for a huge number of antisemitic episodes, the political motive, if there is one, is illegible. According to Greenblatt, more than 80 percent of the incidents documented in the ADL report “can not be attributed to any specific extremist group or movement.” Much of the threat to Jews in America seems to come less from a distinct, particular ideology than from the broader cultural breakdown that’s leading to an increase in all manner of antisocial behavior, including shootings, airplane altercations, reckless driving and fights in school.

In 1899, Émile Durkheim, one of the fathers of modern sociology, wrote a short essay called “Antisemitism and Social Crisis.” It was an attempt by Durkheim, a French Jew, to grapple with the explosion of antisemitism accompanying the conviction of Alfred Dreyfus, a French artillery officer falsely accused of treason. Durkheim described how Jews were blamed for defeats in the Franco-Prussian War of 1870 and how a burst of antisemitism in 1848 followed an economic crisis the previous year. Similarly, he wrote, “our current antisemitism is the consequence and the superficial symptom of a state of social malaise.”