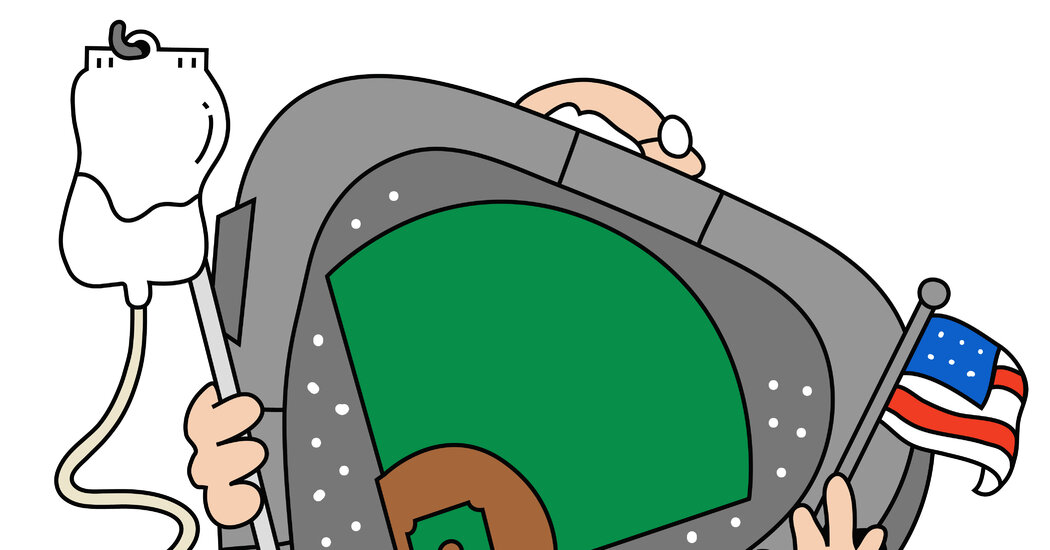 Salaries would be lower, perhaps drastically so, but so would ticket prices. And watching games on television or via online streaming would be much simpler, as broadcasts would be carried exclusively by C-SPAN.

Revenues, though diminished, would be more fairly distributed. I imagine gate receipts and merchandise sales being block-granted to the local authorities in the cities in which teams play, shoring up the coffers of many an ailing municipality. Public funding of stadiums would continue, but instead of being a cynical cash grab by penurious owners, it would be a noble undertaking, accepted by the indifferent citizenry as one of those worthwhile cultural ventures like the Smithsonian Institution that governments are compelled to support.

Do not confuse my intentions. I would gladly see Justin Verlander – once a star pitcher for my Detroit Tigers before being lured away by the Houston Astros – make $ 25 million a year for playing a boys’ game, just as I would happily pay Simone Young, our greatest living conductor, three times that amount for a single annual engagement at the Detroit Symphony Orchestra. But the world’s classical musicians long ago realized that the lifestyle of figures like the conductor Herbert von Karajan, with his yachts and custom Porsches, was a product of a vanished age in which the aspirational middle classes felt that buying classical recordings was a duty; so too must baseball players accept that nine-figure contracts are a vestige of an older and nobler civilization.

We need to stop pretending that baseball has a broad-based enthusiastic following and begin to see the game for what it is: the sports equivalent of collecting 78 rpm records. Baseball is America’s game only in the sense that jazz is America’s music or that Henry James is America’s literature. It is time that we acknowledged this truth by affording baseball the same approval we reserve for those other neglected cultural treasures.

It might be a hard sell for some fans, but ultimately a world in which the game not only continues but also does so free of commercial pressures would be a merrier one. Among other things, the league could abandon its doomed attempts to attract more viewers by mucking with the rules for extra innings and introducing impure practices like pitch clocks, signal transmitters for catchers and the universal designated hitter. A strict salary cap could be imposed to help ensure competitive parity among teams.

And who knows? Just as tourists who would never think of themselves as interested in art visit the National Gallery or the Metropolitan Museum because doing so seems suitably highbrow, perhaps one day they might go to baseball games out of some inchoate sense that it will be educational and enriching.

Lest there be any doubts, I should make it clear that I stand to gain nothing should my scheme be taken up by the relevant authorities. I argue from a disinterested position of love, in sober recognition of baseball’s undeniable obsolescence.