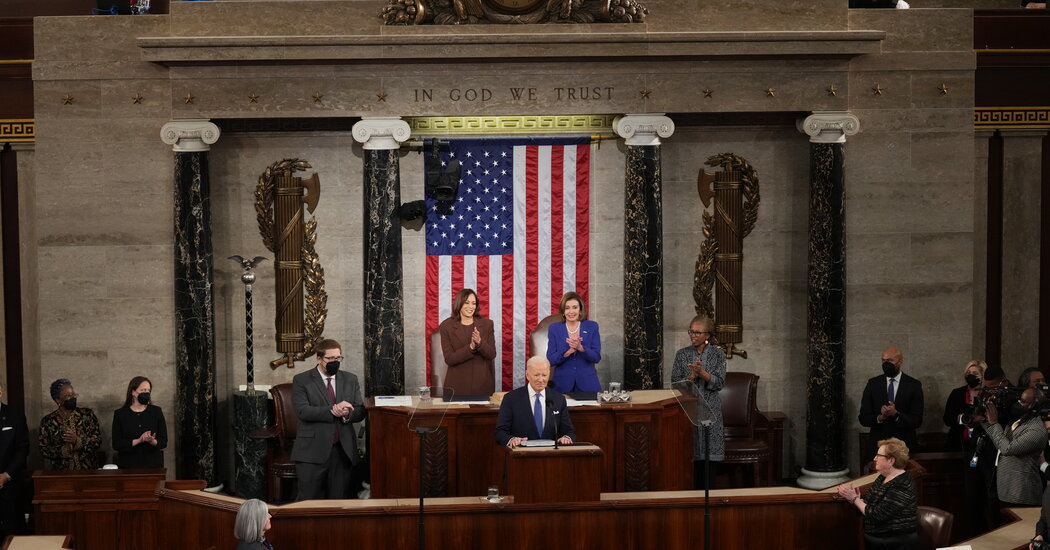 Biden signaled all this, if a little obliquely. “To all Americans, I will be honest with you, as I always promised,” he said. “A Russian dictator, invading a foreign country, has costs around the world. I’m taking robust action to make sure the pain of our sanctions is targeted at Russia’s economy. And I will use every tool at our disposal to protect American businesses and consumers. ” Every tool will not be enough if Biden is as committed to stopping Putin as he says.

I do not want to suggest there’s symmetry here. The pain the United States and Europe can inflict on the Russian economy dwarfs any feedback effects. Measured in GDP, Russia has a smaller economy than Italy, and it is one-fourteenth the size of that of the United States. But the exemptions tell the story. For all Biden’s resolve on Tuesday night, he did not try to prepare Americans to sacrifice on behalf of Ukrainians in the coming months, if only by paying higher prices at the pump. Instead, he said, “my top priority is getting prices under control.” That’s the tension Putin is exploiting.

At the same time, it adds force to the agenda Biden laid out in the rest of his speech. “Economists call it ‘increasing the productive capacity of our economy,'” Biden said. “I call it building a better America.”

There are parts of Biden’s agenda that, if passed, could help to lower prices for families, rapidly. Medicare could negotiate drug prices next year. Child care subsidies could take effect quickly. There is no resource limitation stopping us from lowering Obamacare premiums. The same can not be said for Biden’s more ambitious proposals to build the productive might and critical supply chains of the United States. To decarbonize the economy and rebuild American manufacturing and lead again in semiconductor production is the work of years, perhaps decades. It will not change prices much in 2022 and 2023.

But it needs to be done, and not just because of Russia. Covid was another lesson, as America was caught without crucial supply chains for masks and protective equipment in the beginning of the pandemic, and without enough computer chips as the virus raged on. And while I do not like idly speculating about conflict with China, part of avoiding such a conflict is making sure its costs are clear and our deterrence is credible. As of now, whether we have the will to defend Taiwan militarily is almost secondary to whether we have the capability to sever ourselves from Chinese supply chains in the event of a violent dispute.

Biden devoted a large chunk of his speech to his Buy American proposals, which economists largely hate, but which voters largely love. As a matter of trade theory, I’m sympathetic to the economists, but as Russia is proving, there’s more to life than trade. You could see that in an analysis done by The Economist, which has long been one of the loudest voices arguing for the logic of globalization. “The invasion of Ukraine might not cause a global economic crisis today but it will change how the world economy operates for decades to come,” it wrote. Russia will become more reliant on China. China will try to become more economically self-sufficient. The West is going to think harder about depending on autocracies for crucial goods and resources.

This was, in the end, the unfulfilled promise of Biden’s speech. Russia’s invasion and America’s economy were merely neighbors in the address, but no such borders exist. And connecting them, explicitly, would bring more coherence and force to Biden’s agenda.