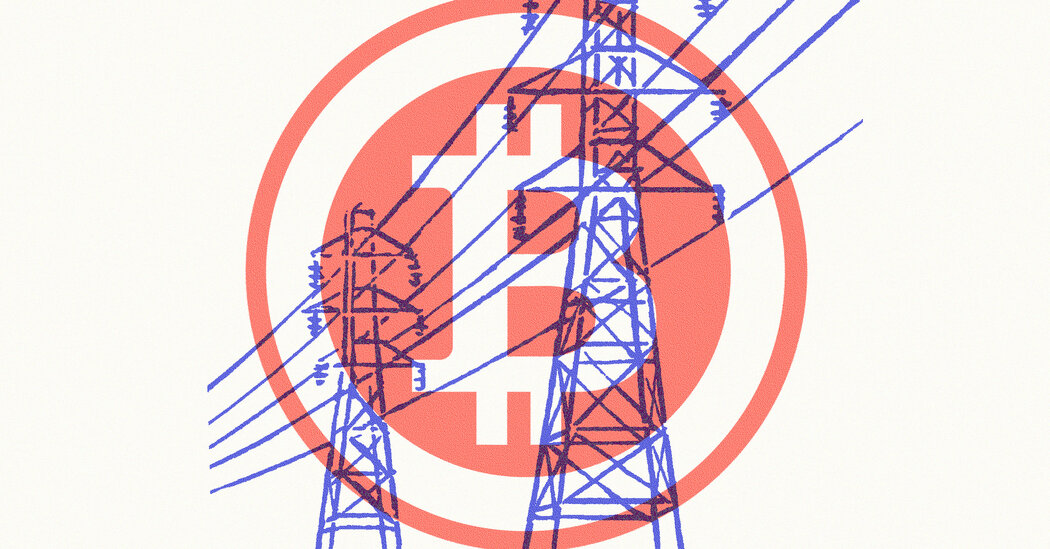 He and others also argue that Bitcoin is not as much of an energy hog as it first appears. Because Bitcoin miners can quickly turn on or off, they are stabilizing the electrical grid in places such as Texas by throttling back when other demand is high and cranking up consumption when other demand is weak, advocates argue. Some of the electricity that Bitcoin uses is from energy resources that nobody else can easily access, such as overbuilt hydroelectric power plants, they say. (There’s some truth to this, but Bitcoin mining still contributes to global warming.)

Another Bitcoiner argument is that its proof of work method is more secure than proof of stake or other protocols. “The open question is not whether proof of stake is secure but whether it is secure enough for a global form of digital gold. Bitcoin is, ”said Ryan Selkis, a co-founder and chief executive of Messari, which builds data and research tools for crypto. (Backers of proof-of-stake cryptos respond that their systems are just as secure as Bitcoin’s. “They’re literally being attacked by every hacker on earth, constantly. And they’re holding up,” said Larsen.)

There’s also some bad blood between the Bitcoin community and Larsen, whose company, Ripple, uses a security system that is not proof of work or proof of stake. In March, Selkis called Larsen and “Judas” on Twitter. The Securities and Exchange Commission sued Ripple, Larsen, and another Ripple executive in 2020, charging that its $ 1.3 billion sale in crypto tokens constituted an “unregistered, ongoing digital asset securities offering.” In an interview, Larsen said he thinks the SEC is wrong because Ripple is a virtual currency and is thus exempt from securities regulation.

Make of those arguments what you will; the important fact is that there’s no evidence that the key players in Bitcoin are interested in making the big switch to energy-saving proof of stake. It would not benefit the miners, who have invested heavily in specialized computing technology that would go to waste. And there’s no groundswell for it in the other key interest group, the operators of nodes – computers that keep up-to-date digital records of crypto transactions. The node operators collectively decide whether each new block of transactions should or should not be legitimized and appended to the blockchain. Some fear that moving to proof of stake would diminish Bitcoin’s decentralization, which they value.

It is possible that some Bitcoiners will decide to switch to proof of stake. That would be what the community calls a hard fork, as in a fork in the road, where people have to choose which direction to go. But “even if there is a fork, that fork will eventually fail, and it will have zero or close to zero economic value,” said Daniel Frumkin, the director of research at Braiins, a Bitcoin-mining software company that operates a network of miners called Slush Pool.

For Bitcoin to change direction would require “almost like a constitutional convention of sorts,” said Selkis. “Inertia usually wins.”

OK, but what if the European Parliament does ban proof of work someday and the United States and other nations follow suit? That’s the nightmare scenario for the Bitcoin community, which has a strong libertarian streak. “Bitcoin would not be a trillion-dollar asset if the European Union and the United States were doing their jobs,” Selkis said. “That’s the real reason they do not like it. It exposes their underperformance. ”