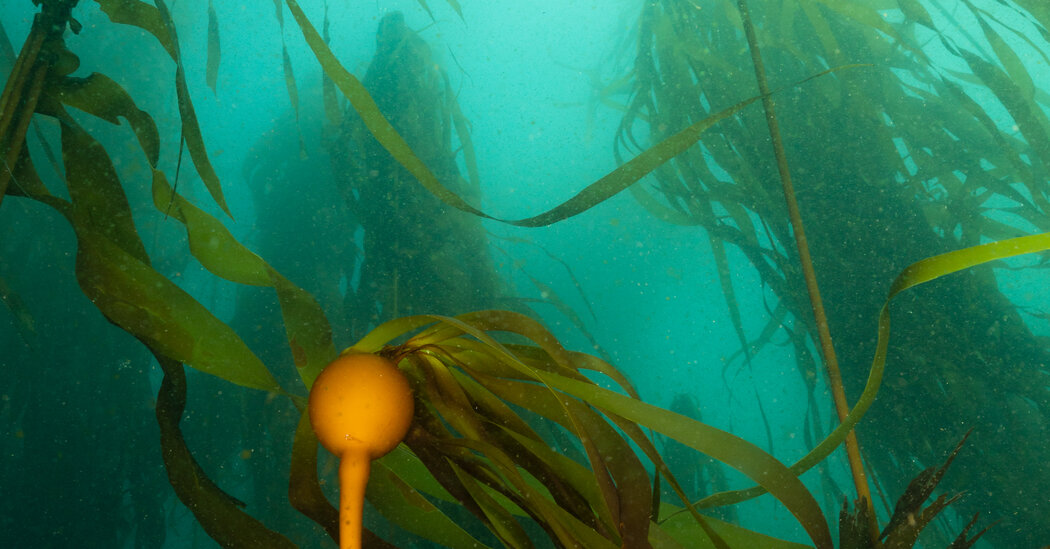 To combat the devastation, divers – initially volunteers and now some paid by the state of California – have used suction tubes or hammers to destroy the urchins by the tens of thousands and have also begun planting new kelp. Newer strategies include collecting and fattening up urchins in tanks for the restaurant and sushi market.

But there’s no indication any of this is seriously helping. Hungry urchins – which can survive for decades in a “zombie” state of near starvation – can revive enough to take out the restored kelp.

Still, collaborative efforts continue among fishermen, scientists, academics and conservationists with help from California’s Department of Fish and Wildlife and other state agencies. At the federal level, Jared Huffman, the chairman of the House Natural Resources Subcommittee on Water, Oceans and Wildlife, is deeply concerned about the loss of the kelp in his district, which includes five Northern California coastal counties.

“We have to regard this as a wake-up call that conditions like this can hit us suddenly and take away entire ecosystems,” he said. Last year, he introduced the Keeping Ecosystems Living and Productive Act to provide federal research and recovery grants through the National Oceanic and Atmospheric Administration. In February, the Natural Resources Committee voted to pass the bill on to the full House for a final vote.

All of these efforts are heartening. The bottom line, however, may be more of a downward spiral. Brian Tissot, the recently retired longtime director of Humboldt State Polytechnic University’s marine lab in far Northern California, has warned that nothing may change until the ocean returns to a cooler, nutrient-rich condition, which still occurs periodically. In the long term, though, ocean heat waves will become more frequent as the planet continues to warm. At the same time the kelp has been disappearing, Humboldt County, normally a temperate rainforest, has been experiencing its own devastating wildfires.

“All these things are related to climate change,” Dr. Tissot told me, “and they’re coming together in ways we never thought about, making it very difficult to know what to do other than address climate change.”

Bull kelp is among the fastest-growing plants in the world, expanding up to 10 inches a day and stretching 100 feet and more from the ocean bottom to the surface of the sea. But even it can not outpace our failure to slow the warming of our planet.

David Helvarg is the executive director of Blue Frontier, an ocean conservation group and the co-host of “Rising Tide: the Ocean Podcast.”