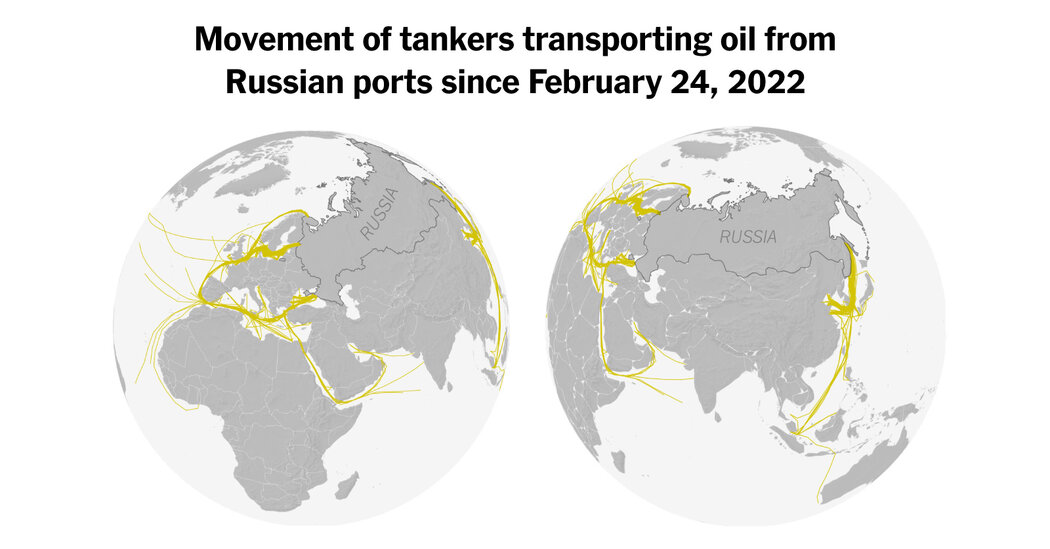 President Biden’s trip to Belgium and Poland this week could not come at a more critical time for Europe. If our shared ideals of democracy and freedom are to prevail, the United States and its European allies must do more to stop funding Vladimir Putin’s invasion of Ukraine.

Western sanctions have so far targeted Russia’s financial sector and prominent individuals, and the United States has prohibited the import of Russian oil and gas. This effort is laudable, but unfortunately it has failed to stop the Russian military from killing innocent people every day.

The best way to stop Mr. Putin’s war machine is to cut off his daily inflow of hard currency. And the best way to do that is for Europe to stop handing over cash for Russian oil and gas. The United States should also impose secondary sanctions, which could prevent anyone from legally shipping and financing Russian oil.

Oil and petroleum products are Russia’s most important exports by far. Gas is the third most valuable export and is worth more than all other exports combined. Revenue from the export of energy finances over 40 percent of the Russian budget.

Russia’s most important customer is the European Union, which buys about 60 percent of the country’s gas exports, 50 percent of its oil exports and 50 percent of its petroleum product exports. Europe has paid more than $ 19 billion to Mr. Putin since Feb. 24 for these products.

Even more egregiously, since the invasion, Russian oil exports have not fallen, in part because the EU has not cut back on imports. At the same time, oil and gas prices have increased. From Mr. Putin’s perspective, his war is paying for itself.

As Mr. Biden said last week, Mr. Putin “is a war criminal.” Attacks by Russia over the past month have clearly demonstrated that it has no qualms about deliberately firing into civilian areas. Russian bombardment hit the Mariupol Drama Theater where civilians had sheltered. Europe should be very afraid. As Mr. Putin faces stiffer resistance than he expected from our brave Ukrainian fighters, this has raised fears of chemical, biological or even nuclear weapons being used against Ukrainian civilians.

Shutting down Mr. Putin’s cash flow is an urgent moral and strategic imperative, but Europe is frozen in the headlights.

Some European experts claim that the war is not being financed by energy exports. This is entirely wrong. Mr. Putin’s regime is seeking to buy military equipment. With much of the central bank’s reserves frozen, Mr. Putin needs the hard currency he receives every day, and therefore Russia has continued to pump oil at full prewar capacity. The euros that Mr. Putin receives now goes directly toward firepower that kills Ukrainian civilians and destroys our cities.

The economic and energy minister of Germany, Europe’s largest economy, said that any reduction in current purchases of oil and gas would cause his country’s economy to crater.

But Europe already has enough gas to get to next winter, and the International Energy Agency has laid out a viable plan for conservation and alternative supplies, which would reduce European imports of Russian gas by more than one third. Germany is particularly dependent on Russian gas, but a study from the German National Academy of Sciences Leopoldina pointed out that a short-term suspension of Russian gas would be “manageable.” Additionally, given that Germany has low debt relative to GDP, the potential effects on lower-income people can be addressed.

In the meantime, payments for Russian gas should go into escrow accounts, so that the proceeds cannot be used to buy weapons. This is standard practice when there are sanctions. Russia has already imposed its own escrow requirement on foreign investors who receive coupon payments on their ruble-denominated corporate bonds.

In terms of oil, OPEC and other suppliers can provide up to an additional 2.2 million barrels per day within a month. These countries should have no interest in allowing the price of oil to rise too high, because that will sharply accelerate the long term transition to renewable energy. If you build strong sanctions on Russia, OPEC will pump more oil. Of course OPEC enjoys higher oil prices, but at some point that will backfire.

There is some concern as to whether an embargo on Russian oil would be undermined by smuggling. To address this issue, the president’s economic advisory team has established the Russian Tanker Tracking Group, which now follows every ship that lifts oil from Russian ports. You can hide many things in the oil business, but you can not conceal the movements of large crude oil tankers that are visible from space.

We now need our European partners to do the right thing: stop funding Mr. Putin’s war machine. We hope by the time Mr. Biden returns from Europe, the Western alliance will have again found its moral clarity.