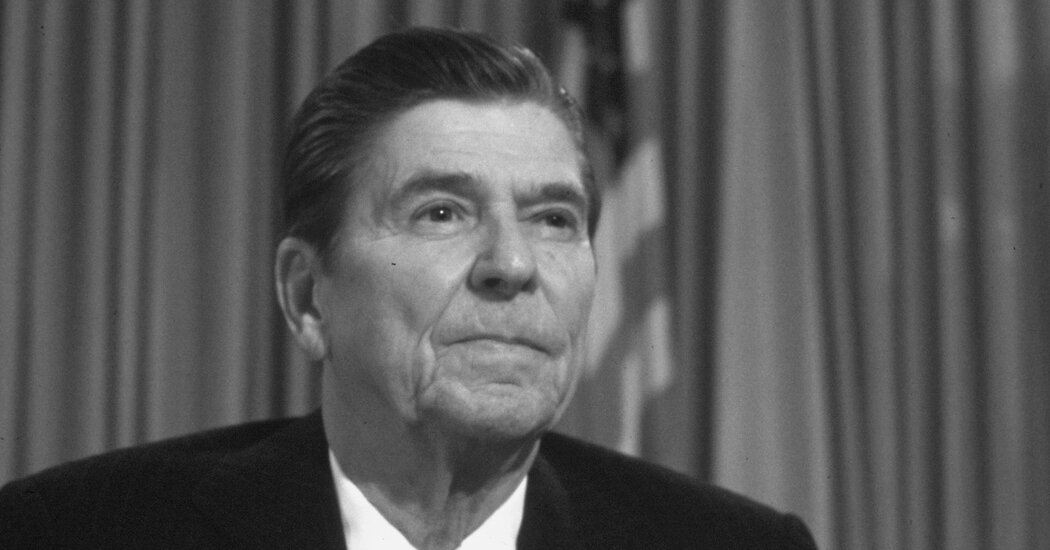 Like every offspring of a famous political figure, I frequently round a corner and slam straight into some aspect of my father’s legacy. I’ve not checked with other political offspring, but I’m guessing we all shuffle through the same questions: Do I speak out, try to offer a wider or more personal perspective? Or do I keep quiet, let the news cycle move on without me and shy away from questions?

Such has been my dilemma since the leak of the Supreme Court draft opinion heralding the end of Roe v. Wade. I first opted for silence, but I’m haunted by memories that I think offer insight into how my father came into his beliefs on abortion – beliefs that had global policy implications and that also stemmed from some complicated, human emotions. Beliefs that were more personal than political.

In 1967, as governor of California, my father signed a bill making abortion legal for victims of rape and incest, and in cases where a woman’s mental or physical health was in danger. That law was among the first in the country to decriminalize abortion. He was acutely aware that women who were victims of rape or incest and became pregnant would be re-victimized by being forced to have their attacker’s baby. But his religious faith left him questioning when life begins.

I was 14 when he signed the law; I did not give much thought to it at the time. About a year later, I met a girl who had been raped by her uncle and got pregnant. She had an abortion in California, and she said the bill my father signed made that possible. She asked me to thank him, but I never did. I never told him about her, or about how proud I was of him right then because I dreaded being asked questions about who my friends were, who I was hanging out with. To this day, I wish I had passed along her gratitude, and my pride.

By 1970, my father was rethinking the bill he’d signed. Charles Schulz wrote a “Peanuts” strip that many people perceived as zeroing in on the abortion issue, with a terse exchange between Linus and Lucy. My father wrote Schulz a letter in which he referred to the “soul-searching” he had done before signing the 1967 bill and the long hours of reading and research he had done. He was starting to have regrets because he’d learned that some psychiatrists were diagnosing unwed mothers-to-be with suicidal tendencies after five-minute assessments so that they could get abortions. My father had a tendency to hear a story and assume it was indicative of some wider pattern. That’s how his mind worked. And it came to weigh on him.

That seems to be one of the triggers that led him, nearly a decade later, to stand firmly in the anti-abortion camp and declare that the bill he signed as governor was a mistake.

The issue also hit closer to home. I believe my father was haunted by the death of his and Jane Wyman’s baby shortly after her birth. To the best of my knowledge, he never spoke about Christine Reagan’s death, and he did not write about it in his autobiography, “Where’s the Rest of Me?” I only learned about it in my 40s, and I wondered about his unprocessed grief – the pain he kept to himself. When you do not acknowledge your grief, it keeps pulling on you, leading you back to the waters you’re trying to avoid. I think the rhetoric of the anti-abortion movement – phrases like “killing babies” – took him into those waters, into the pain of losing a tiny, innocent life, and the two things became intertwined for him.

My father’s views on abortion obviously shifted over the years. Throughout those years, he wrestled with his feelings. I think that needs to be said. While he stated that abortions after rape or incest fell into the category of “self-defense,” as did saving a woman’s life if pregnancy or childbirth would threaten it, he could not accept the notion that a woman would choose to abort a fetus for other reasons.

In 1981, shortly after my father was shot, I was at the White House having dinner with my parents. I do not recall how the abortion issue came up, but it did, and my father said it should be allowed only for rape, incest or the risk of a woman dying. Nothing else. I asked about situations in which a woman is not able to care for a child at that time – shouldn’t it be her choice? For some reason I turned to my mother with the question, and she quietly said, “Yes, it should.” I’m haunted by that exchange – and by the fact that I did not press further to try to see what the conversation between my parents would be. But I had so little currency then. My activism in the antinuclear movement had burned through whatever influence I might have had, so the subject was changed and never revisited.

I’m assuming that my mother never lobbied my father with her feelings about abortion and choice. Or at least not vehemently. He did listen to her opinions, although there was no guarantee his mind would be changed.

And clearly it was not. In 1986, he elevated William Rehnquist to chief justice on the Supreme Court and nominated Antonin Scalia to fill the vacancy that was left. Abortion rights groups warned that Roe v. Wade could be in jeopardy. Mr. Rehnquist had consistently opposed Roe v. Wade, and Mr. Scalia was known to oppose abortion rights. They were, to me, disturbing appointments.

My father continued to support exceptions for rape, incest and the life of the pregnant woman in other instances, including when he instituted the Global Gag Rule, limiting women’s access to abortions in other countries where groups got money from the United States. For reasons I do not understand, when he championed a constitutional “right to life” amendment it included an exception only for the life of the pregnant woman.

Here is what I’d like you to know about Ronald Reagan: There was complexity to his views on abortion; there was, as he said, “soul-searching,” and I believe to some degree his views remained a work in progress. I can not change how some view his legacy, but I can offer some insights, some murkiness to what many want to see as brightly lit facts. I can not change the things he said or did, but I can ask you to look a little deeper and consider the tangle of emotions beneath the surface. I can ask you to consider that his faith pulled at him when considering this issue, as did his personal history of losing a newborn. It is, in the end, possible to strongly disagree with people while understanding that they delved deeply into their own hearts, trying to be at peace with their positions. On this issue, though, I’m not sure my father ever found that peace.

Patti Davis, the daughter of President Ronald Reagan, is an author. Her most recent book is “Floating in the Deep End.”