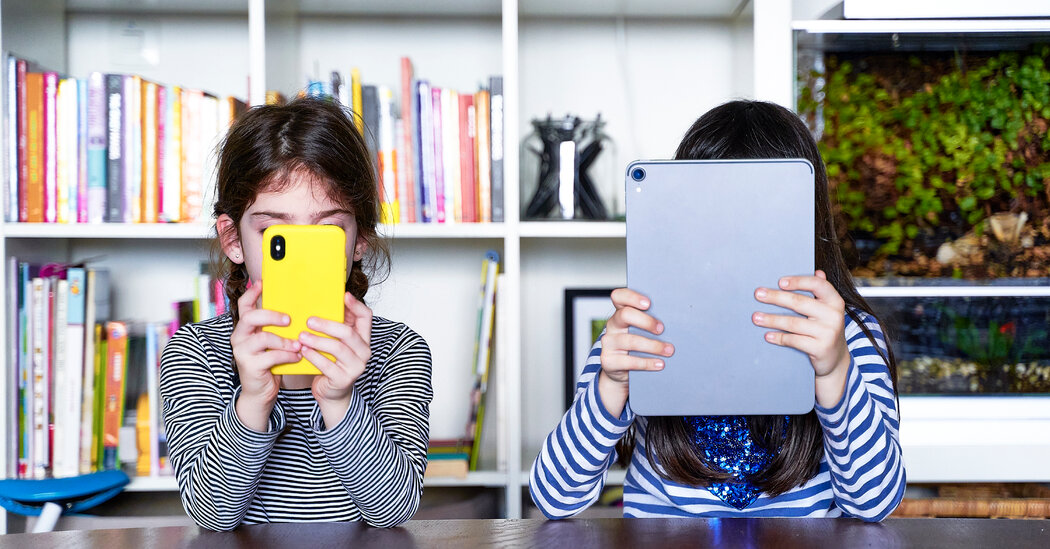 As soon as my older daughter started playing the online world-building game Roblox, she began to beg for Robux, the game’s currency, which cost real-world dollars. Having read multiple stories about how kids accidentally-on-purpose spent lots of money on add-ons like “ultra rare” or “legendary” status virtual pets, I refused to buy into this scheme. No, honey, I will not spend my hard-earned American dollars on a Queen Bee that will probably end up working at a fast-food restaurant in your adopt-me universe.

This week, I was reminded of my continued hard-line stance when I read Amanda Hess’s delightful article, “Does a Toddler Need an NFT?” (Spoiler: Probably not!) From Hess’s piece, I learned about “Zigazoo, an app for children as young as 3 that bills itself as ‘the world’s largest social network and NFT platform for kids.’” If you do not know what an NFT, bitcoin or the blockchain is, here’s an explainer for you. I can tell you that when I tried to explain NFTs to my 9-year-old, she said, “That sounds like Pokémon cards,” which… is not entirely wrong?

Zigazoo also has an in-app currency, called Zigabucks. According to Hess, apps like this are selling parents the idea that their preliterate children need a place to express their creativity and learn financial literacy, while preparing themselves to work for big tech. Or something.

In my mind, this is just the latest way tech companies have tried to separate parents from their wallets. I’ve probably quoted this piece before, because I love it so much, but back in 2013, Virginia Heffernan wrote about her 7-year-old son racking up in-app purchases on the game DragonVale, enabled by the iTunes store, Apple’s “Infernal riverboat casino and meth lab.”

Arguably, spending money on Robux or Zigabucks isn’t any more frivolous than spending it on LOL Surprise dolls, which I have bought for my children – I continue to step on the dolls’ tiny shoes and detachable outfits strewn about my house. But at least LOL dolls aren’t pretending to teach my daughters about anything in particular, except possibly whether those earrings go with those sunglasses.

In other news from The Times this week: Moderna is requesting emergency use authorization for its Covid vaccine for children under 6, Sharon LaFraniere reports. David Leonhardt explains why the process of getting a vaccine for the littlest kids approved has been so confusing and frustrating. Last week, Matt Richtel went deep on the mental health crisis among American teenagers. Emily Gould talks to parents who were scarred by the pandemic’s chaos, and have changed their minds about having any more kids.

Finally, in Opinion, a former Times travel columnist, Matt Gross, argues for a more hands-off approach to parenting. He writes, of his two daughters:

I’m surely hoping that Sasha and her 9-year-old sister, Sandy, follow in my metaphysical footsteps, in one way or another. Ideally, they’ll grow up to be polyglot globe-trotters with predilections for spicy food, subtly funky fashion and making new friends. But as long as they do not end up greedy, selfish or the leader of a fascist personality cult (I’m looking at you, Sandy), Jean and I will be satisfied.

It’s a philosophical approach that I endorse, even if it’s easier to agree with than follow. To that end, I told my older daughter that even though I would not pay for her Robux and think buying them is kind of a bad deal, if she wants to use her allowance to pay for them, she can. So far she preferred to spend it on a personalized water bottle, but if, one day, she can not resist the allure of a water bottle NFT, I will not stop her.

Parenting can be a grind. Let’s celebrate the tiny victories.

We have been struggling to teach our almost 2-year-old the concept of sharing. My tiny victory finally came when I went to change her dirty diaper and she shouted, “No! Daddy’s turn! ”

If you want a chance to get your Tiny Victory published, find us on Instagram @NYTparenting and use the hashtag #tinyvictories; email us; or enter your Tiny Victory at the bottom of this page. Include your full name and location. Tiny Victories may be edited for clarity and style. Your name, location and comments may be published, but your contact information will not. By submitting to us, you agree that you have read, understand and accept the Reader Submission Terms in relation to all of the content and other information you send to us.