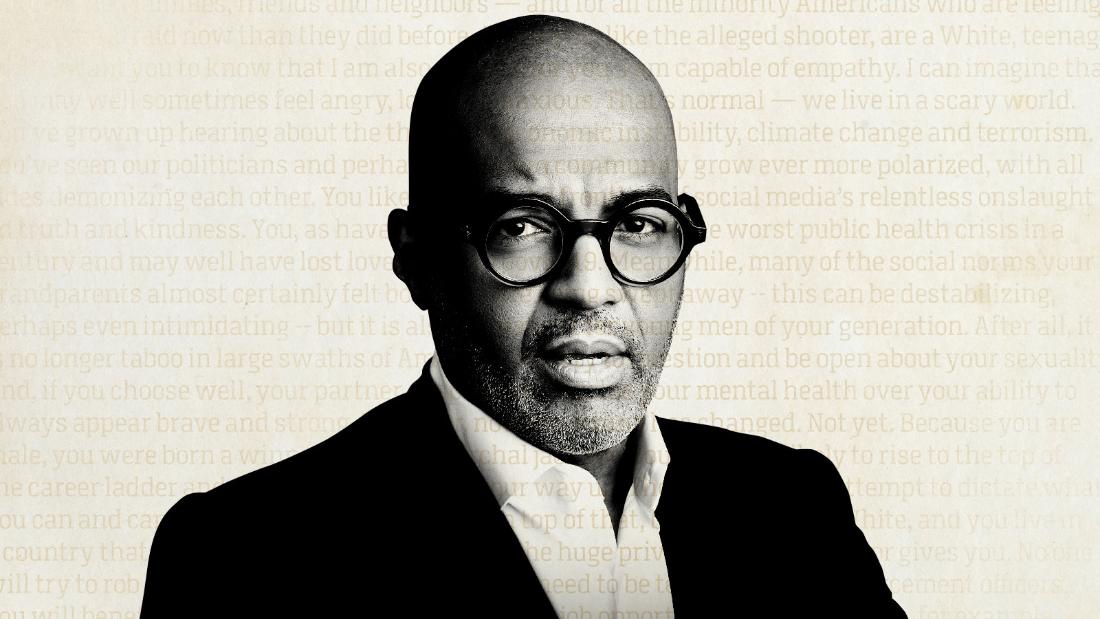 I am capable of empathy. I can imagine that you may well sometimes feel angry, lonely or anxious. That’s normal – we live in a scary world. You’ve grown up hearing about the threats of economic instability, climate change and terrorism. You’ve seen our politicians and perhaps your own community grow ever more polarized, with all sides demonizing each other. You likely live on the front line of social media’s relentless onslaught on truth and kindness. You, as have we all, just lived through the worst public health crisis in a century and may well have lost loved ones to Covid-19.

Meanwhile, many of the social norms your grandparents almost certainly felt bound by are being swept away – this can be destabilizing, perhaps even intimidating – but it is also a great gift for young men of your generation. After all, it is no longer taboo in large swathes of American society to question and be open about your sexuality. And, if you choose well, your partner or spouse will value your mental health over your ability to always appear brave and strong.

However, not everything has changed. Not yet.

Because you are male, you were born a winner of the patriarchal jackpot. You are more likely to rise to the top of the career ladder and will be better paid on your way up. The state will not attempt to dictate what you can and cannot do with your own body. On top of that, because you are White, and you live in a country that is structurally racist, you enjoy the huge privilege your skin color gives you.
No one will try to rob you of your right to vote. You do not need to be terrified of law enforcement officers. You will benefit from better education, health care, job opportunities and finances, for example, than your peers who happen to be Black. Although your ancestors also likely moved here from somewhere else at some point in the past, it probably wasn’t as shackled slaves.

If you have the added bonus of being Christian, heterosexual, cisgender and able-bodied, then you might well never know firsthand how it feels to be stigmatized, marginalized or hated because of some aspect of yourself over which you have absolutely no control. That makes you very lucky indeed.

My question to you is this – what are you going to do with all that luck?

You are seen by some other White, male Americans as being part of an exclusive club, the membership of which gives you the ability to subjugate other, less fortunate citizens. The more extreme of your fellow club members – sadly their voices tend to be the loudest – will try to tell you (or perhaps already have) that your privileges are under threat from anyone who does not look like you, pray like you , love like you or even vote like you. Then they’ll try to recruit you as cannon fodder to the cause of their hateful way of thinking.

First, and most importantly, the very notion of White supremacy is based on a false premise. Yes, American citizens come from a wide range of ethnic backgrounds, each of which (including yours) boasts its own traditions and culture, as well as the national ones we all share. But race itself is a social construct, invented by European and early American colonialists and slave traders who needed to justify their abhorrent treatment of Africans and Native Americans.

Initially, the oppressors declared that only Christians had a soul; everyone else was subhuman and could be treated as such. When African slaves began converting to Christianity, a new pretext was urgently needed. And so, supported by the hastily created pseudoscience of eugenics, the idea of ​​race was born. It’s an idea that’s still being used today to normalize and weaponize hate.

I cherish my ethnicity while gladly celebrating yours and I would ask you to do the same for me. However, we must deny the existence of race, for it makes victims of us both.

Second, anyone who tells you that your future prosperity and happiness depends on preserving White supremacy is not only lying to you. They are using you. They are trying to trick you into becoming so paranoid you are fooled into helping them advance their own aims: to fuel their own egos and destroy democracy. People who openly peddle crazed, racist and anti-Semitic conspiracy theories such as the Great Replacement Theory – the likes of Tucker Carlson and Elise Stefanik – are out to grab power, not to help you.
Third: luck, like love, is unlimited. The more you share it, the more there is to go around. You will not lose your place in the world if other people are no longer marginalized. If the barriers that currently stand in their way are demolished, the whole nation will be richer for it, literally and morally, and you will reap the benefits too. Societies that embrace inclusivity and diversity are much stronger and more stable than those that do not. Nothing would be taken away from you if all Americans finally became equal, it’s just that everyone would get to be lucky.
Like countless young Americans, you may well already be a cheerleader for equality and inclusion, for which I congratulate you – you give me hope. If you are not, I can promise you that you have nothing to fear from progress. Turn on your TV and you’ll see women, LGBTQ people and those who are Black and brown marching peacefully to protect their rights, because they know they deserve justice as much as you do.

Look for humanity in each of them – it mirrors your own. Go out and talk to minoritized Americans about their ambitions. You’ll discover that not a single one of them wants to “replace” you. March with them and they’ll embrace you as an ally. Then you will be truly lucky. And one day, with your help, we all will.