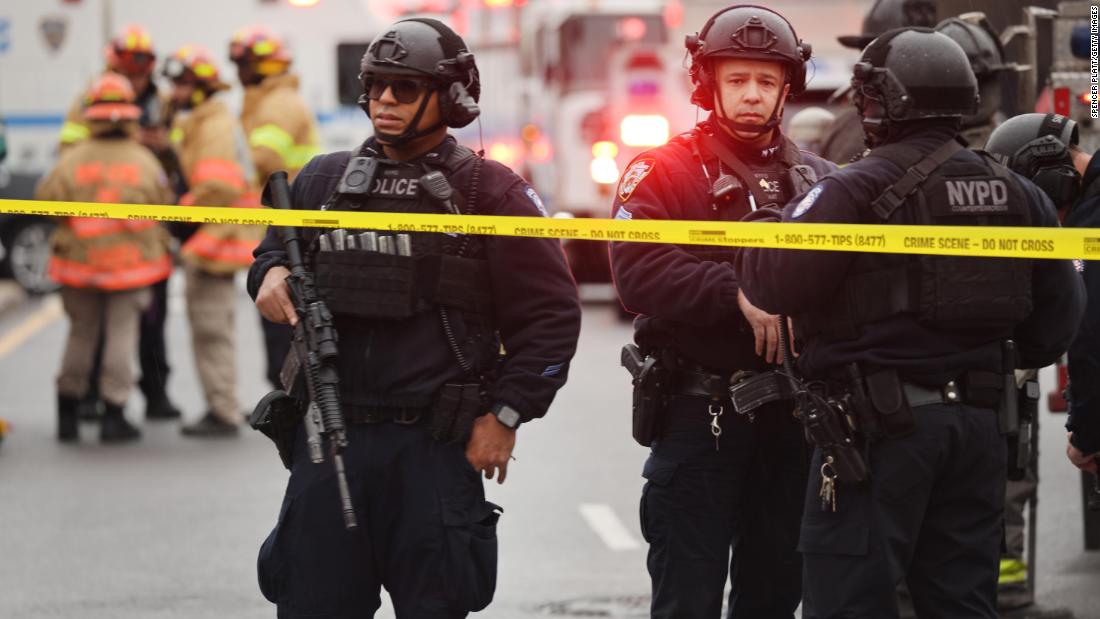 The perpetrator allegedly opened two smoke grenades before shooting at least 33 times and striking 10 people – seven men and three women. An additional 13 people suffered injuries from smoke inhalation, falls or panic attacks, according to the police. The suspect, who the New York Police Department identified as Frank James, 62, has now been arrested.
In the late 70s and early 80s, I spent many nights “riding” homicides in Brooklyn as an assistant district attorney. The Brooklyn district attorney routinely dispatched assistant DAs in the Homicide Bureau to murder scenes to evaluate the sufficiency of the evidence gathered by NYPD and determine whether murder charges were appropriate against suspects often already in custody.

The ADA riding a case was given this extraordinary power because he or she would have to present the case to the grand jury, obtain an indictment and try the case. Occasionally, it was necessary to push the cops to knock on doors and get the witnesses needed to build a solid case or exonerate an innocent suspect.

The carnage was so extensive in those days that I remember riding to as many as four murder scenes in a single night. The city saw 1,814 murders in 1980, the year the New York Times called the “worst year of crime in city history.” That assessment was tragically eclipsed at the peak of the crack cocaine epidemic in 1990 when the New York Times reported that New York City had experienced a staggering 2,245 homicides, breaking the 1989 record. New York City’s annual murder toll has fallen in recent decades to below 500 a year.

Back then, we carried beepers, which could go off at any time, day or night, alerting us that a murder had occurred and a suspect was in custody. A patrol car was dispatched, and I remember being picked up at my Manhattan apartment, sometimes at 2:00 am, and observing the Manhattan night skyline as we sped to the yellow-taped crime scene. It was an adrenaline-pumped life, which almost felt like living in a movie, but always with tragedy lurking at the end of the ride. Some of the scenes were grotesque shootings, stabbings – even a mother and her baby daughter in a bathtub, murdered by an angry boyfriend.

One riding scene has haunted me to this day, and the senseless shooting on Tuesday in Brooklyn brought it back to mind.

I arrived at a small, dingy take-out restaurant to find an elderly Chinese immigrant, the owner of the restaurant, sprawled out on the floor with a gunshot wound to his head. A plexiglass shield with a small opening was supposed to protect the owner from robbers. Somehow, his murderers got behind the plexiglass. The cops determined there had been only $ 12.00 in the register, which had been turned over to the robbers, who then proceeded to shoot the old man in the head. The murderers were never caught.

In those years, I learned lessons never taught in law school. Yes, there is crime caused by poverty, racism or other social maladies, but there are also mentally deranged and conscience-free human beings who roam the streets. There are people who seem to have nothing to lose, who will kill others without a second thought or a hint of remorse. In recent days and months, we’ve heard of victims in the subway stations in New York and other cities being tossed in front of moving subway trains, pushed down stairs and struck on the head with hammers.
Maybe, some forms of mental illness have been exacerbated by Covid-induced fear and isolation, but this is no excuse for violent behavior.

Yes, these dangers have always existed to a frightening degree in all major cities.

But as long as this is a part of the human condition, we need well-funded and well-trained police forces to protect citizens against violent crime, whatever the cause.

Social workers and other violence de-escalators cannot protect the public from the kind of deranged criminal who kills a restaurant owner over $ 12 or one who chooses to detonate a smoke grenade in a crowded subway car before opening fire on helpless passengers for no discernible reason.

It is not a time to defund the police, go soft on the prosecution of violent crime or blame its very existence on strictly social conditions. A reality check is needed. The criminal justice system is now sending perpetual offenders through a revolving door with dangerous bail policies. New York Gov. Kathy Hochul and the state legislature have recently agreed to pare back some of the more controversial aspects of the previous bail reform initiative under intense pressure from crime weary constituents and the tabloid press.
The crime wave of the late 20th century finally receded when quality of life crimes – like public urination, jumping a subway turnstile, spraying graffiti on a public building or subway car – were prosecuted and law enforcement in all areas became more aggressive. The idea, pioneered by former NYC Police Commissioner Bill Bratton, and sometimes called the “Broken Windows” approach, was to send a strong message that lawlessness of any kind would not be accepted as a way of life in New York. And, yes, there have been many theories posited by academics and others about what caused the crime rate to plummet across America in the decades that followed 1990, ranging from the higher abortion rate in earlier decades leading to fewer births of future criminals, to the rise in the economy.
In my view, the strongest case is made by those who point to increasing the size of police budgets and the number of police officers on the streets, combined with a focus on quality of life crimes and the incarceration of a greater number of violent and potentially violent criminals as the key to success in slashing the crime rate.
Strangely, taking care of the little crimes spilled over into a reduction in the big, violent crimes. And for the first time in a long time, New York became a safe city. “Stop-and-fresh” was undoubtedly abused by the NYPD. This time around the police has to use “stop-and-frisk” again to pull guns off the streets, but it must regulate its use to comply with constitutional norms. Keeping more police on the streets remains an essential component in getting active criminals off the street and behind bars. It’s just common sense. We need policies like this, and Bratton’s strategy in place again before the bad days of the crime-ridden 70s return.