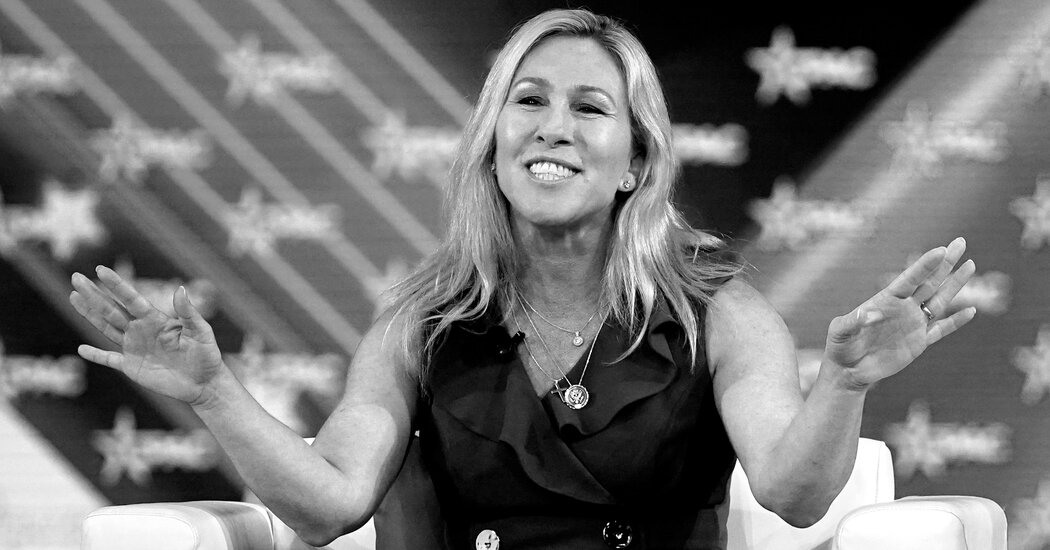 The events of Jan. 6, 2021, are casting a long shadow over the midterm elections. Voters in North Carolina are seeking to bar Representative Madison Cawthorn from running for re-election to his House seat, and those in Georgia are trying to do the same to Representative Marjorie Taylor Greene.

These voters have filed complaints with state election officials arguing that Section 3 of the 14th Amendment disqualifies members of Congress who engage in insurrection from appearing on the congressional ballot. (Challenges to other elected officials have also begun involving other candidates.)

If these members of Congress engaged in insurrection, then the U.S. House of Representatives may exclude them, or federal prosecutors may charge them with the federal crime of insurrection. But in light of an important 1869 judicial decision, the cases against Mr. Cawthorn and Ms. Greene – which are currently mired in both state and federal proceedings – cannot remove the candidates from the congressional ballot.

The 14th Amendment was ratified in 1868 in the wake of the Civil War. Section 3 disqualified many former Confederates from holding certain public offices if they had taken an oath to support the US Constitution but subsequently, as Section 3 declares, “engaged in insurrection or rebellion.” Since 1868, the federal judiciary has had few occasions to interpret Section 3. As a result, the courts are largely in uncharted territory. Nevertheless, there is some important on-point precedent.

An 1869 case concerning Hugh W. Sheffey is instructive for the Jan. 6 litigation and how courts might see things today. Mr. Sheffey took an oath to support the Constitution but later served as a member of the Confederate Virginia legislature, thereby actively supporting the Confederacy.

After the war, he served as a state court judge. As Judge Sheffey, he presided over the trial and conviction of Caesar Griffin for shooting with an intent to kill. Later, Mr. Griffin challenged his conviction in federal court. He argued that Section 3 should have disqualified Mr. Sheffey from serving as judge. Griffin’s case, as it is known, was heard on appeal by the federal circuit court in Virginia. Salmon P. Chase, the chief justice of the United States and an appointee of President Abraham Lincoln, presided over the appeal. Chief Justice Chase ruled against Mr. Griffin, finding that Section 3 did not disqualify Judge Sheffey, despite the fact that he had taken an oath to support the US Constitution and that it was “admitted,” as the case stated, that he later committed a Section 3 disqualifying offense.

Chief Justice Chase reasoned “that legislation by Congress is necessary to give effect to” Section 3 of the 14th Amendment – and that “only” Congress can enact that legislation. Chief Justice Chase added that the exclusion of disqualified office holders “can only be provided for by Congress.” Congress must create the procedure that would determine if a defendant violated Section 3. Section 5 of the 14th Amendment emphasizes this principle: Congress, it states, “shall have the power to enforce, by appropriate legislation, the provisions of this article.”

In short, Griffin’s case teaches that in legal terms, Section 3 is not self-executing – that is, Congress must establish, or at least authorize, the process that affords accused insurrectionists an opportunity to contest the allegations brought against them.

Mr. Cawthorn and Ms. Greene deny that they engaged in insurrection and oppose any assertion that they violated the law, which would include Section 3 disqualifying offenses. Moreover, in the Cawthorn and Greene cases, the plaintiffs have not pointed to any federal legislation authorizing the states to police Section 3 by disqualifying accused insurrectionists from the congressional ballot. Without federal authorization, state election boards and even state courts could very well be powerless to make determinations about congressional candidates and Section 3.

There may be another way, based on an existing statute, to disqualify a candidate from congressional ballots: the Insurrection Act of 1862. This legislation, which predated the 14th Amendment, mirrors one of the disqualifying offenses established in Section 3.

The modern Insurrection Act is virtually unchanged from the statute Lincoln signed in 1862. If the Justice Department indicates and succeeds in convicting Mr. Cawthorn, Ms. Greene or others of insurrection under that act, then on that basis, state election boards and state courts may remove these candidates from the congressional ballot.

But so far, the Justice Department has not charged any congressional candidates with inciting or engaging in an insurrection or with any other disqualifying offenses. Most of the Jan. 6 federal charges have been based on things like property crimes or for obstructing official proceedings or assaulting officers rather than insurrection.

If the Justice Department does not secure a conviction of a Section 3 disqualifying offense before the state ballot is printed (the primary in North Carolina is scheduled for May 17 and the one in Georgia for May 24), then, generally, state boards of election and even state courts will be powerless to remove otherwise eligible congressional candidates from the ballot.

Recently, some scholars and advocates have contested Chief Justice Chase’s opinion in Griffin’s case as precluding the state challenges against Mr. Cawthorn and Ms. Greene. In their view, even in the absence of a federal statute, state election officials who conclude that a person engaged in insurrection may proceed to remove that candidate from the congressional ballot. There is no Supreme Court precedent that squarely forecloses that position. Moreover, Chief Justice Chase’s decision was not rendered by the United States Supreme Court, and so it is not controlling precedent. On Monday, a federal court in Georgia allowed the state court disqualification proceeding to go forward against Representative Greene. The federal judge did so without citing or distinguishing Griffin’s case.

Still, we think the chief justice’s opinion is persuasive; we expect state and federal courts, including the US Supreme Court, will likely follow this historically entrenched position. Chief Justice Chase’s approach is the simplest path. If the courts find that Section 3 is not self-executing, there is no need for state election officials to decide far more politically charged questions about whether Mr. Cawthorn and Ms. Greene – and potentially, looking ahead to 2024, Donald Trump – engaged in insurrection.

Congress has not authorized the states to enforce Section 3 by striking congressional candidates from the ballot. Thus, state courts and election boards lack jurisdiction to exclude alleged insurrectionists from the congressional ballot. In such circumstances, state governments must let the people decide who will represent them in Congress.

Josh Blackman is a law professor at South Texas College of Law Houston. SB Tillman is an associate professor at the Maynooth University School of Law and Criminology. They recently wrote a law review article about the application of Section 3 of the 14th Amendment to President Donald Trump.