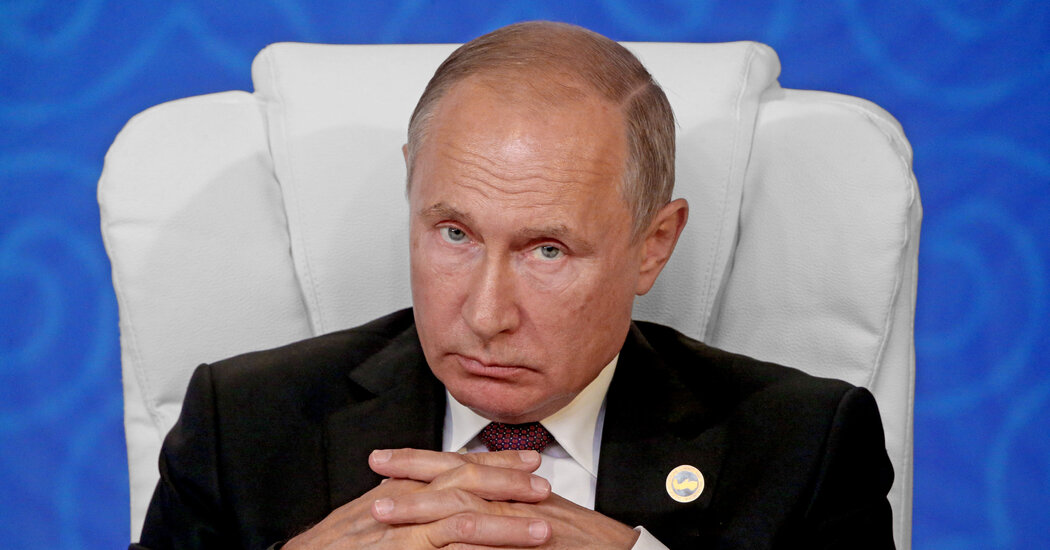 In the midst of his “extraordinary, if predictable, doublespeak,” as The Times’s Roger Cohen called it, Putin draped the albatross of the unwarranted invasion of Iraq around America’s neck:

To prove that there were WMDs in Iraq, Putin said, “the US secretary of state held up a vial with white powder, publicly, for the whole world to see, assuring the international community that it was a chemical warfare agent created in Iraq. It later turned out that all of that was a fake and a sham, and that Iraq did not have any chemical weapons. ”

Hard to argue with that.

George W. Bush and Dick Cheney let their own egos, gremlins and grandiose dreams occlude reality. W. wanted to outshine his father, who had decided against going into Baghdad when he fought Saddam. And Cheney wanted to kick around an Arab country after 9/11 to prove that America was a hyperpower. So they used trumped-up evidence, and Cheney taunted Colin Powell into making that fateful, bogus speech at the UN, chockablock with Cheney chicanery.

Though Donald Trump was Putin’s lap dog, upending traditional Republican antipathy toward Russia, Putin no doubt has contempt for the weak and malleable Trump. Putin could have been alluding to Trump in his speech Thursday when he accused the US of “con-artist behavior,” adding that America had become “an empire of lies.” Certainly, Trump was the emperor of lies.

Republicans used to be so allergic to Communists that George HW Bush told this story in his memoir: In his 1964 Texas Senate bid, the John Birch Society slimed him by implying that Barbara Bush’s father, the president of McCall publishing, put out a Communist manifesto , Redbook, the women’s magazine.

As President Biden marshaled world opinion against Putin, Trump offered nauseating praise of this murderer. Like the thug he so admires, Trump let his fragile ego and world-class delusions distort reality. Trump politicized the Covid response in a dangerous way. And, unable to accept the designation of Loser, he helped spread the lies and misinformation that led to Jan. 6. In a breathtaking betrayal, the president of the United States tried to scuttle the democracy he was running; Trump abandoned the Constitution he was sworn to protect.

But if President Biden got no backup on helping Ukraine from the quisling Trump, he did get a boost Friday from his inspiring Supreme Court nominee, Ketanji Brown Jackson, who reminded us, “The United States of America is the greatest beacon of hope and democracy the world has ever known. ”