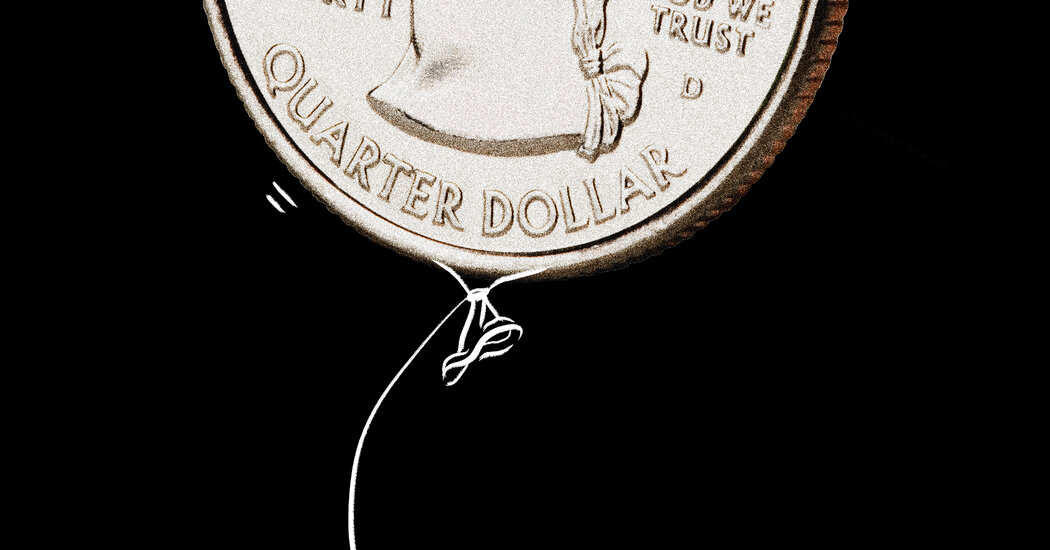 Jerome Powell, the chair of the Federal Reserve, has often expressed admiration for the resolve exhibited by one of his predecessors, Paul Volcker, who was willing to crash the economy in the early 1980s to drive down inflation.

Inflation in the United States is now higher than at any time since Mr. Volcker’s recession, and Mr. Powell faces growing calls for the Fed to emulate that resolute performance and do whatever is necessary to control inflation, even if it hurts economic growth.

The present moment requires a different kind of courage. Instead of reprising Mr. Volcker’s shock-and-awe tactics, the Fed needs to pursue a more measured approach, one that would bring inflation under control without sending the economy into a deep recession. There is a risk that by forgoing stronger measures now, the Fed will ultimately have to impose greater pain. But there are also good reasons to think that the Fed can succeed – not least because of the enduring legacy of Mr. Volcker’s achievement.

The Fed has already begun to shut down the stimulus campaign that it launched in the spring of 2020 to limit the economic impact of the pandemic. The central bank raised its benchmark interest rate at its recent policymaking meeting, in March, by a quarter percentage point to a range between 0.25 points and 0.5 points. It is widely expected to accelerate this process by announcing on Wednesday an unusual half-point increase in the benchmark rate, and by announcing that it will begin to reduce the bond holdings that it amassed to further suppress borrowing costs.

It is time to raise rates. The economy has rebounded as Covid-19 has loosened its grip. Notwithstanding the quirky weakness of reported growth in the first quarter of 2022, inflation is now the primary economic problem facing the United States. Prices are outpacing wage growth for most Americans, eroding their living standards, and higher rates will help to slow rising prices.

The Fed’s benchmark rate would need to rise to somewhere between 2 percent and 3 percent to reach a level at which it is neither stimulating nor restraining growth. Some Fed officials and outside economists have argued for additional half-point moves in the coming months. Some are already convinced the Fed will need to raise rates well above that neutral level to break inflation. Under Mr. Volcker, the rate hit 20 percent. Mr. Powell, to his credit, has maintained a more measured tone. He said recently it was time for the Fed to move “a little more quickly.”

One reason to go slowly is that it takes time to judge the impact of changes in Fed policy. Merely by signaling that it plans to raise rates, the Fed has already initiated a significant reaction in financial markets. Average interest rates on home mortgages, for example, have climbed sharply. The monthly mortgage payment required to buy a median-price home has increased to $ 1,690 from less than $ 1,165 a year ago, according to Roberto Perli, the head of global policy research at investment bank Piper Sandler.

Another reason for caution: Economists continue to debate the causes of current inflation.

Some place the blame primarily on the pandemic, which has caused sharp reductions in the availability of services and goods, driving up prices. With new vehicles in short supply, for example, used vehicle prices rose by more than 50 percent through January. More recently, Russia’s invasion of Ukraine has disrupted global markets for energy and wheat, driving up the prices of gasoline and food in many parts of the world.

Others, however, regard the federal government’s response to the pandemic as the key factor. On top of the Fed’s efforts to lower borrowing costs, Congress distributed trillions of dollars in aid. Despite widespread job losses, the average household had more money to spend, creating more demand for goods and services.

Here’s why the difference matters: The central bank’s decision to raise interest rates can curb demand; supply shortages, on the other hand, are best endured patiently. The Fed’s decision in the week ahead will not ease them.

Lingering questions about the health of the economy provide another reason for the Fed to move cautiously.

A goal of the Fed’s stimulus campaign was to return the economy to full employment, meaning that those who wanted to work would be able to find it. By one popular measure, the unemployment rate, which sits at the low level of 3.6 percent, the Fed has succeeded, prompting some to question the need for continued stimulus. But the Government’s definition of unemployment is narrow. It includes only people actively seeking work, while many Americans remain on the sidelines. About 1.6 million fewer people are working now compared to early 2020.

In the 1970s, workers successfully demanded wage increases to compensate for expected increases in prices, while employers raised prices to cover the expected cost of higher wages. This dynamic, which economists call a wage-price spiral, can be dangerously self-perpetuating.

But in the intervening decades, American workers have suffered a significant loss in bargaining power. While many businesses say they are struggling to find enough workers, that has not translated into real wage gains for employees. Business are raising prices much faster than they are raising wages, allowing them to reap record profits. While inflation is up by 8.5 percent over the past year, wages for private-sector workers are up by just 5 percent. In other words, there is no evidence the United States is entering a wage-price spiral.

Finally, Mr. Powell can afford to move more cautiously because Mr. Volcker and his successors convinced the American public and global investors that the Fed is committed to controlling inflation.

Mr. Volcker once told an interviewer that he wore a path in his rug by pacing back and forth, wondering whether the pain he was imposing would accomplish that goal. It was a victory won at a high cost. Moving too quickly to confront inflation, or raising rates too high, would squander it.