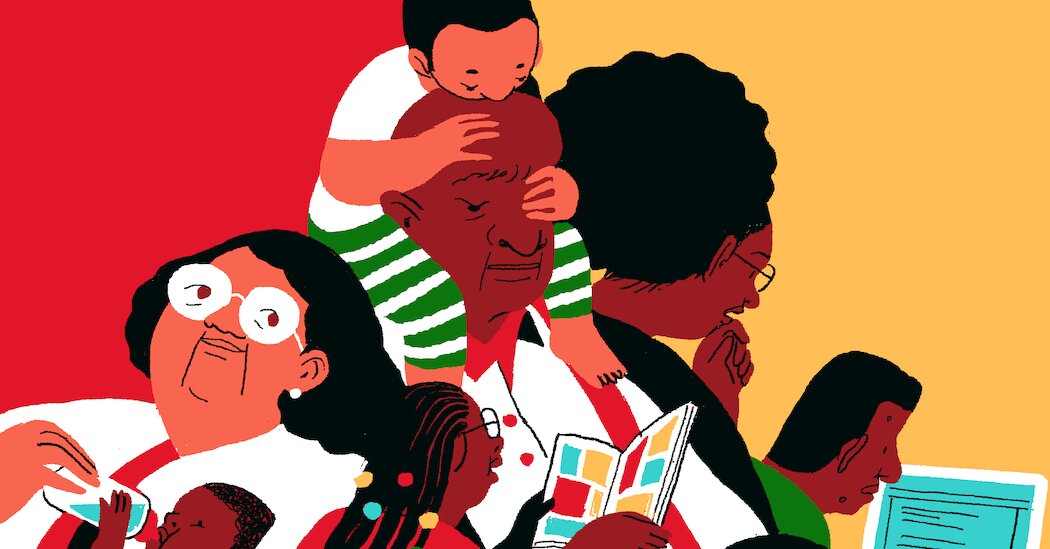 “In 2014, for the first time in more than 130 years, adults ages 18 to 34 were slightly more likely to be living in their parents’ home than they were to be living with a spouse or partner in their own household,” Pew found , and that remained true in 2021 for men in that age group.

Steven Ruggles, a professor of history and population studies at the University of Minnesota, told me that this is happening, in part, because the relative incomes of young men have been steeply declining since the 1970s, and they are more likely than their female counterparts to be living at home. At the same time, housing prices are way up, availability is way down, and especially in big cities, buying a home is out of reach for most young people; this is an economic fact of life right now, and no one should be mocked for it.

That said, multigenerational living is not some kind of utopia. “Those with upper incomes were most likely to say their experience had been positive,” Juliana Horowitz, an associate director of social trends research at Pew, told me, partly because “upper-income people are more likely to say there’s enough space for everyone to live comfortably. ” It’s not surprising that it might be more relaxing to live with your mother when she has her own floor. And some of the growth in multigenerational households is due to more grandparents raising grandchildren, which has been fueled in part by the opioid crisis that is devastating the country. No one would say that’s a good thing.

Per Pew, “About a quarter of adults in multigenerational homes say it is stressful all or most of the time.” Bengtson predicted this years ago in his address. “There are potentially negative consequences of the longer years of shared lives across generations,” he said, one of which is “protracted conflict.” He quoted one mother who described “a lifelong lousy parent-child relationship” that just stretched out to infinity. No one said the new norm did not come with challenges – and no one, not me anyway, is against the nuclear family model. But we should acknowledge its fragility, which was made ever clearer by the Covid pandemic and the chaos it wrought in all of our infrastructures of care.

Which is why I think moving towards a more extended family model – what sociologists call a vertical rather than a horizontal family structure – is mostly to the good. During the pandemic, a Harvard study found that Americans ages 18 to 25 and mothers of young children were the demographic groups most likely to report “miserable degrees of loneliness,” and even before the pandemic, the Health Resources and Services Administration described a “loneliness epidemic, ”which was particularly acute among seniors.

“I think it’s a net positive,” said Silverstein. “In gerontology, we like to say dependence is a double-edged sword. We want to rely on people, but we also resent them, and that’s part of the human condition. ” Do I still act like a sulky teenager sometimes when I’m around my parents for more than 48 hours? I do! Would I move away from them? Nope, not if I could help it.