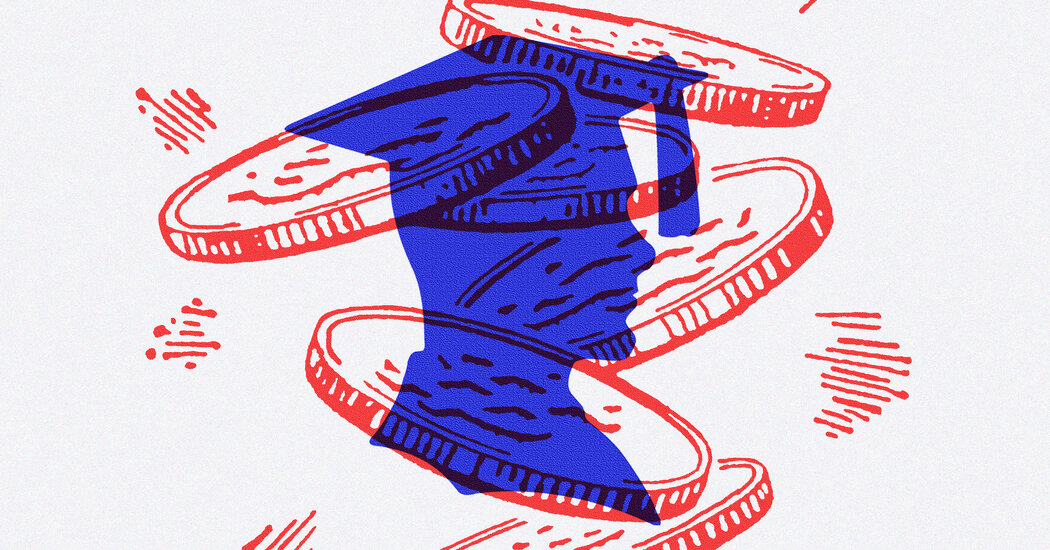 “The debt crisis is a very recent phenomenon,” he told me. “There was a previous crisis in the 1980s. The loan default rate then was three times what it was in the Great Recession. The cause was terrible schools that enrolled unsuspecting students and saddled them with unaffordable loans. So Congress enacted very strict rules. If your default rate was too high, your institution was kicked out of the loan program. Or if students were too reliant on federal aid. Or you used aggressive recruitment techniques. Or you taught everyone remotely. Thousands of schools were kicked out and the default rate plummeted. ”

Looney continued: “Then in the late ’90s or early 2000s we eliminated the distance learning rule. There were no checks on quality. We gutted rules on default rates and the fraction of funding that could come from federal sources. We eliminated loan limits for grad students. All this has allowed proliferation of low-quality schools. ”

In 2018, then-Education Secretary Betsy DeVos scrapped a regulation that would have forced for-profit colleges to prove that students they enroll are able to obtain decent-paying jobs. A 2018 New York Times story called the move “the most drastic in a series of policy shifts that will free the scandal-scarred, for-profit sector from safeguards put into effect during the Obama era.”

The federal government could reinstate the safeguards imposed under Obama and previous presidents, but the current focus among Democrats in Congress is on debt relief. President Biden has repeatedly extended a pandemic moratorium on student loan debt repayment. The current moratorium is set to expire on Aug. 31, so he will have to decide soon whether to extend it yet again or go for permanent relief. Whether he could forgive debt himself by executive order, or would have to ask Congress to do so, is not clear.

Some progressives, including Senator Elizabeth Warren, Democrat of Massachusetts, are pressing for across-the-board debt forgiveness in the belief that it would mainly benefit the poor and lower middle class, in particular Black borrowers, who are at greater risk of defaulting.

In reality, across-the-board forgiveness would help the rich much more than the poor, according to Looney. The debate over this question is mind-numbing, but I’m persuaded by two points that Looney makes. First, some of the borrowers who look poor at first glance – such as fresh graduates of medical school – are rich when you take into account their lifetime earnings potential, which they bolstered through their studies. Forgiving the debt of these nominally “poor” people would not exactly strike a blow for the proletariat. Second, many lower-income people already receive limited debt relief. Full debt forgiveness is less of a benefit to a low-income person who wasn’t likely to pay in full anyway, whereas it’s a valuable benefit to an upper-income person who would have paid in full.

Looney is all in favor of selective debt forgiveness. “Just about everyone agrees that individuals who experience low income for a period of time and cannot pay their loans in full or part should have the majority of their loans forgiven. (Indeed, that’s the law now, even if poorly implemented.), ”He wrote in an email. “So the contested ground (and the progressive position) is around advocating for forgiveness for people whose incomes are sufficient to pay.”