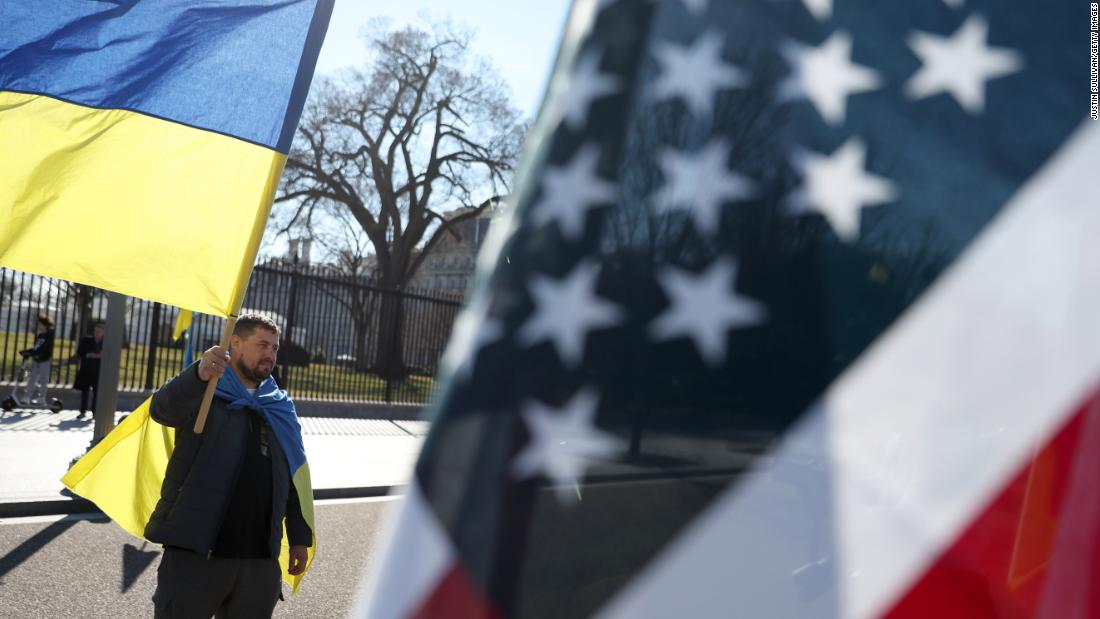 The bestial assault he has unleashed upon the Ukrainian people represents a frontal attack on the post-World War II international rules-based order, designed and led by the United States and its closest allies. This order represented a strategic framework of military alliances and trade arrangements that enjoyed broad bipartisan support from Republican and Democratic Presidents alike, from Truman to Reagan to Obama.
In August 2016, shortly after the GOP convention confirmed former President Donald Trump’s nomination, I visited Ukraine with a small congressional delegation led by Senator Chris Coons. It was just two days after the revelation that Paul Manafort, Trump’s campaign chairman, had been a foreign agent for the toppled Ukrainian pro-Russian government in 2014. The news was jarring, shocking, and unsettling for Ukrainians, who asked me at a crowded press conference how the Reagan party could have men like Manafort and a nominee like Trump. They were alarmed and mystified by this disruption and confusion.
Then Trump was elected. He became the first president of either party to reject the post-World War II consensus. Specifically, Trump regularly criticized NATO and threatened to leave the alliance, a collective defense organization. whose mission and purpose became less clear after the Berlin Wall fell in 1989 and the ensuing collapse of the Soviet Union in 1991. NATO member countries refocused their mission by intervening in Kosovo in the late 1990s, and again after the terrorist attacks of September 11, 2001.
While the American people are largely united in opposition to Putin and in support of Ukrainian President Volodymyr Zelensky and his government, the Ukraine crisis is a seminal moment and inflection point for the Republican Party and the cacophony of a conservative and illiberal media ecosystem that shapes opinion among the GOP base. The battle lines could not be clearer between traditional Republicans like Mitt Romney and Liz Cheney and those who embrace the prevailing disruptive, illiberal MAGA view, like Steve Bannon, Stephen Miller, Peter Navarro and Tucker Carlson.

Traditional Republicans, of which I consider myself one, embrace the internationalist orientation of constructive global engagement as advanced by Republican Presidents Eisenhower, Nixon, Ford, Reagan and both Bushes, which prevented great powers from engaging in conflict over these past 75 years.

America First and MAGA Republicans insist upon the inward-looking path of Trumpism that is defined by isolationism, protectionism, nativism, unilateralism and – at times – nihilism. The traditionalists view Russia as a strategic adversary intent on undermining American power and influence throughout the world. Russia, along with the autocratic regimes in Iran, Cuba, Venezuela and, to a lesser extent, China, want to disrupt Pax Americana.
Putin’s primary policy priority is to reestablish a Russian sphere of influence in Eastern Europe. To accomplish this objective, Putin must divide the United States and our European allies by breaking up NATO and weakening the European Union. Trump – despite his recent attempts at rewriting history – and many MAGA Republicans share Putin’s view toward NATO and the EU.
Ironically, Putin’s invasion of Ukraine has actually refocused, galvanized and united NATO. What’s more, many in the MAGA movement find Putin’s message about American decadence and Russia’s socially conservative culture appealing. Many in the White Nationalist movement who participated in the violent attack of the US Capitol on January 6th, it can be argued, ascribe to this viewpoint as well.
Some in the GOP will, like all things when it comes to the former president, avoid the fight between the Traditionalist and America First Republicans, retreating to the easy and more comfortable territory of whining and complaining about President Biden’s tactical decisions over Ukraine and, more broadly, of his uninspiring leadership on the economy, inflation, crime and Afghanistan.
But now, with autocratic regimes on the march, who would have ever imagined that a dynamic and defiant Ukrainian President could channel and bring voice to the cause of democracy and human freedom throughout the world? It’s happening. President Zelensky has made clearer than ever the choice that faces all of us – including the Republican Party.
In the recent aftermath of the violent assault of January 6th on American democracy and the constitutional order, the traditional wing of the GOP must now engage and join the fight. Or, as tweeted by Liz Cheney who urged all Americans to reject the “Putin wing of the GOP now.” Putin’s American propagandists and apologists like Tucker Carlson just also be rejected. After all, it was the Soviets who coined the term “useful idiot” to refer to Americans who, in an attempt to advance their own interests, advanced Soviet ones. Tucker Carlson should take note.

Stated more bluntly by Senator Mitt Romney on CNN’s “State of the Union” in an interview with Dana Bash over Rep. Marjorie Taylor Greene speaking at a white nationalist forum, he said, paraphrasing Butch Cassidy, “there are morons on my team.”

Both Mitt and Butch are right. Time to bench the morons.