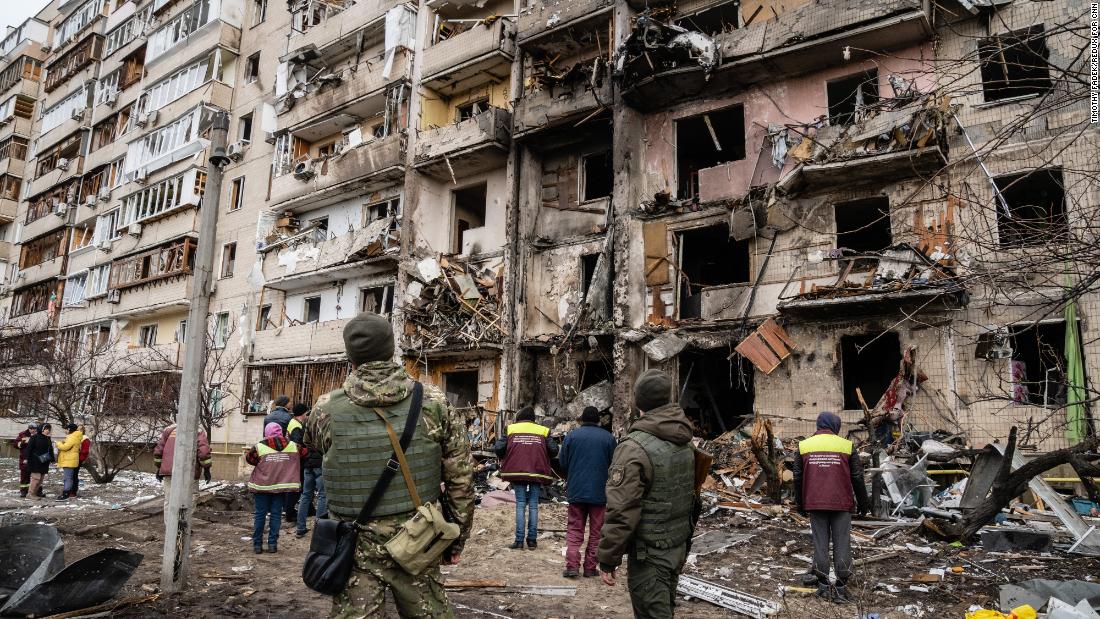 We had only just gotten cable at our home in rural Indiana, and after school, my brother and I would turn on CNN to see the sky over Baghdad filtered through night-vision lenses, bathed in a neon green color reminiscent of the glow sticks we liked to wave at the skating rink.

Soon, our dinnertime conversations were peppered with talk of Scud missiles and General Norman Schwarzkopf (as German Americans, we quickly mastered his name) as we filled our parents in on the dramatic scenes we watched while they worked.

My dad had little appetite for our reports. A reluctant Vietnam veteran, he had experienced the first televised US war as a combatant, and had no desire in 1991 to watch the bombs fall on Baghdad.

But my dad’s experience was not the norm. For most Americans, war has been a spectator event, watched in crowded theaters and quiet living rooms. The invasion of Ukraine is no different. Even though the media has changed – the current war is unfolding not just on cable news but also on TikTok and Twitter feeds – the act is the same: most of us consume wars rather than experience them.

Watching war on screen is complicated. Viewing war can deepen our empathy, lead to greater aid and philanthropy and encourage pacifism. But it can also be a source of manipulation, misinformation and even inertia. That is why, when we watch another war begin, we should think carefully about how we consume it.

The notion of war as a spectator event did not begin with television or even film. Regimented battles, with dates of engagement known in advance, lured spectators to witness the fighting. That was the case with the Civil War’s first land battle at Bull Run. Civilians, including several members of Congress, packed lunches – and flasks – to witness the first fight of what was expected to be a short war. But instead, they saw a deadly, chaotic clash that eventually sent the spectators fleeing.
New technologies made it possible to watch the fighting from a safer distance. Millions of Americans flocked to theaters to watch newsreels during both world wars. These were social events, watching war as an act of community and, once the US entered the wars, solidarity and support. But the newsreels were also often propaganda efforts, first produced during World War I by the new Committee on Public Information’s film division. Its films used carefully edited footage of the war to increase public support. Its successor during World War II, the Office of War Information, did the same, enlisting the thriving Hollywood film studios to make their propaganda more subtle and sophisticated.

The shift to televised war changed that dynamic. As the war in Vietnam escalated in the 1960s, the scenes played out in people’s homes. This was not the wall-to-wall coverage of modern cable news – scenes from the war were often packaged as part of each night’s news – but the visuals of the fighting became part of the private rhythms of home life, something to be consumed between dinner and episodes of “Gilligan’s Island.”

Cable news made round-the-clock coverage of and information about war possible, and it turned out, US audiences craved exactly that. Though I did not realize it when I was tuning into the war after school, millions of other Americans were doing the same, making CNN a household name and revolutionizing 24-hour news.

And all that viewing changed was as well: by the mid-1990s, media scholars were regularly citing the “CNN effect” as a factor in foreign policy: images on cable news shaped public opinion about foreign intervention, affecting the range of options politicians could use when waging war (or pursuing peace).
Watching war has real power. So the ability to control how it’s covered – whether through edited newsreels, sanitized nightly news packages or government policy, like the 1991 military edict that news media could not photograph soldiers’ coffins – has real power as well.
The rise of social media has not only changed how we watch war but also how that coverage is controlled. Scroll through Twitter, and you can watch civilian-filmed scenes on the ground in Ukraine, whether it’s a child screaming in terror at a nearby explosion or a fiery conflagration in the night sky or a Ukrainian woman shouting at a Russian soldier. But those rawer images are mixed with a flood of video-misinformation, particularly prevalent on TikTok, where videos from other times and places are relabeled as live coverage from Ukraine.
That type of misinformation is not new, of course. Misleading propaganda is a staple of modern warfare that has adapted to new technologies. During the Syrian uprising in 2011, for instance, readers in the US were captivated by the blog “A Gay Girl in Damascus,” which focused on the brutal repressions of the regime. But within a few months, the blog’s writer was outed as an American man.

As the invasion of Ukraine unfolds, these experiences should inform how we consume this terrible war. First and foremost, we should be assiduously careful with our sources of news; the more shocking the scene, the more thorough we should be about making sure it’s both real and accurate. We should also be thinking about what we’re not seeing: the people, experiences, and events hidden from public view.

Beyond that, we should be tuned into our emotional response to those scenes, and mindful of what the stories we consume ask of us. Scrolling through a flood of heartbreaking images can inspire or dull us, can turn us into saber-rattlers or pacifists. Or it can simply provide a feeling of drama and catharsis, risking blending into all the other media we consume and making war seem like fiction.

As we watch this conflict unfold on screens, Americans must commit to developing our own ethics about war and fostering a deeper knowledge of this region’s geopolitics and its relationship to our own. Otherwise, the emotions raised by watching these images are breeding grounds for manipulation. And that’s why, as scenes from the war wash over us, we should ensure we’re not just consuming the war, but thinking deeply about what it means.