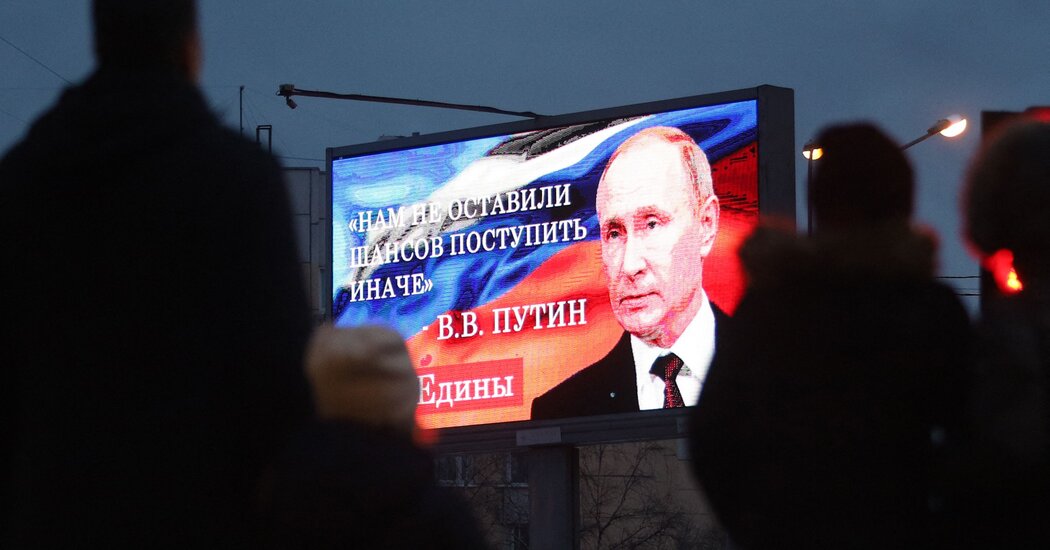 Still, even the most successful scenario for his invasion of Ukraine – easy victory, no real insurgency, a pliant government installed – seems likely to undercut some of the interests he’s supposedly fighting to defend. NATO will still nearly encircle western Russia, more countries may join the alliance, European military spending will rise, more troops and material will end up in Eastern Europe. There will be a push for European energy independence, some attempt at long-term delinking from Russian pipelines and production. A reforged Russian empire will be poorer than it otherwise might be, more isolated from the global economy, facing a more united West. And again, all this assumes no grinding occupation, no percolating antiwar sentiment at home.

It’s possible Putin just assumes the West is so decadent, so easily bought off, that the spasms of outrage will pass and business as usual resume without any enduring consequences. But let’s assume that he expects some of those consequences, expects a more isolated future. What might be his reasoning for choosing it?

Here is one speculation: He may believe that the age of American-led globalization is ending no matter what, that after the pandemic certain walls will stay up everywhere, and that the goal for the next 50 years is to consolidate what you can – resources , talent, people, territory – inside your own civilizational walls.

In this vision the future is neither liberal world-empire nor a renewed Cold War between competing universalisms. Rather it’s a world divided into some version of what Bruno Maçães has called “civilization-states,” culturally-cohesive great powers that aspire, not to world domination, but to become universes unto themselves – each, perhaps, under its own nuclear umbrella.

This idea, redolent of Samuel P. Huntington’s arguments in “The Clash of Civilizations” a generation ago, clearly influences many of the world’s rising powers – from the Hindutva ideology of India’s Narendra Modi to the turn against cultural exchange and Western influence in Xi Jinping’s China. Maçães himself hopes a version of civilizationism will reanimate Europe, perhaps with Putin’s adventurism as a catalyst for stronger continental cohesion. And even within the United States you can see the resurgence of economic nationalism and the wars over national identity as a turn toward these kind of civilizational concerns.